Fans of the Halo series will be familiar with the Warthog, a tough human military vehicle operated by the series' protagonist, Master Chief. To commemorate the impending release of Halo Infinite on the Xbox One, Microsoft has enlisted the help of the Hoonigan crew to create a real-life Halo Warthog version. It's not a static exhibition, though, as the team recently transported the gigantic structure to the desert to put it through its paces.

Unlike earlier replicas commissioned by the corporation, the goal was to create an actual operating example with the performance that such a vehicle should have. "Microsoft wanted something that could reach 100 mph, that could leap over 100 ft, that could climb any type of rocks or hard terrain, and have the same control and driving qualities that you would actually feel in Halo Infinite," said Hoonigan alumni Corey Hosford. 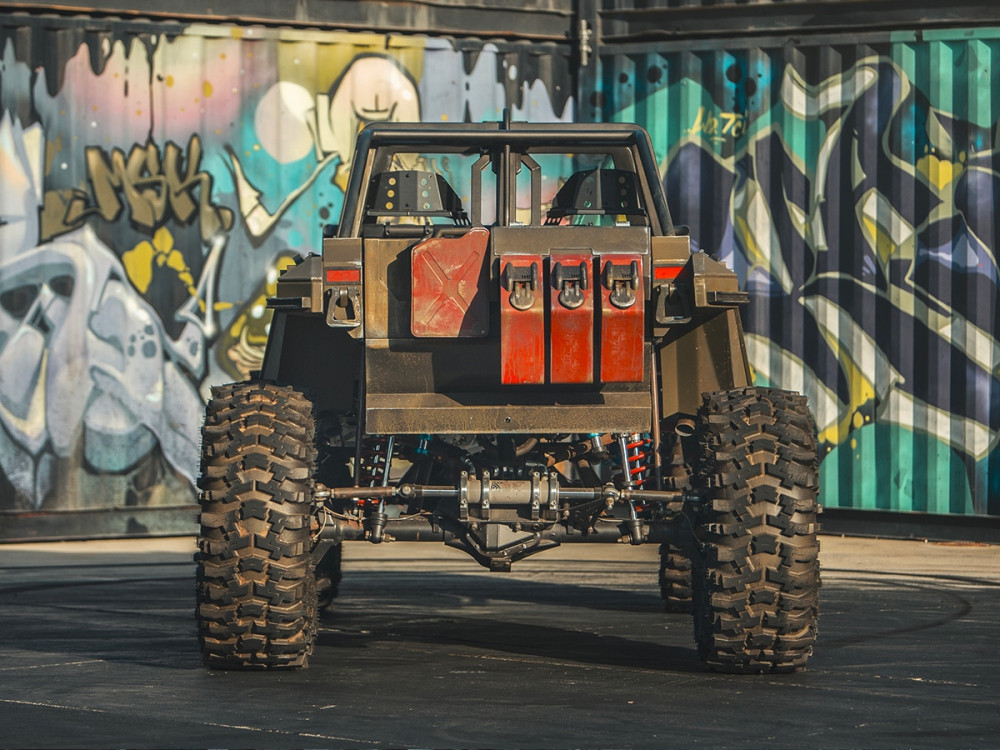 To achieve these goals, the construction was powered by a 7.2-liter Ford V8 twin-turbo rated at 1,060-hp. It's all built on a bespoke chassis. It has four-wheel steering, too, making driving it as absurd as driving it in the game. The off-road suspension has massive travel and the 43-inch tires at each corner help connect the whole look. 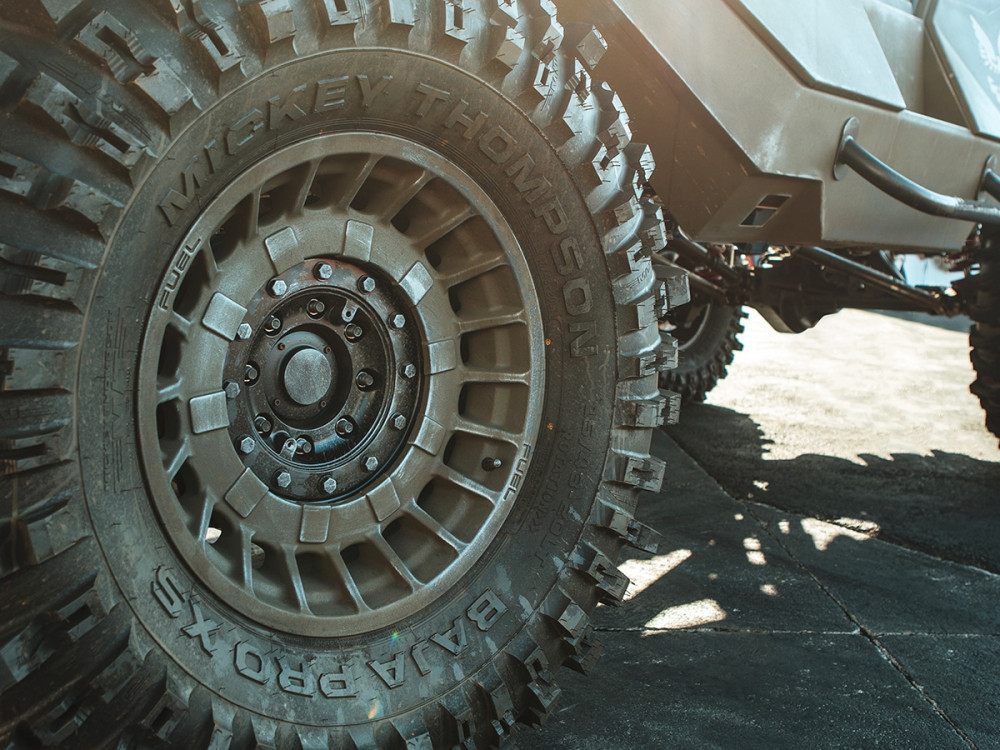 The team brought the Halo Warthog out to the desert for its first "SHRED TEST" without its full bodywork. Former King of the Hammers driver Mike Johnson was asked to test the suspension and steering configuration. Mike's background as a top-5 finisher and having built his own vehicles helped the crew assess if they were on the right trajectory.

With that much power on tap, the simple open rear differential may not be up to the challenge. Continuous one-wheel peels on the soft terrain heated the transmission, causing tiny leaks. The Warthog's enormous tires and long-travel suspension look more than adequate for handling the dunes' lumps and bumps. 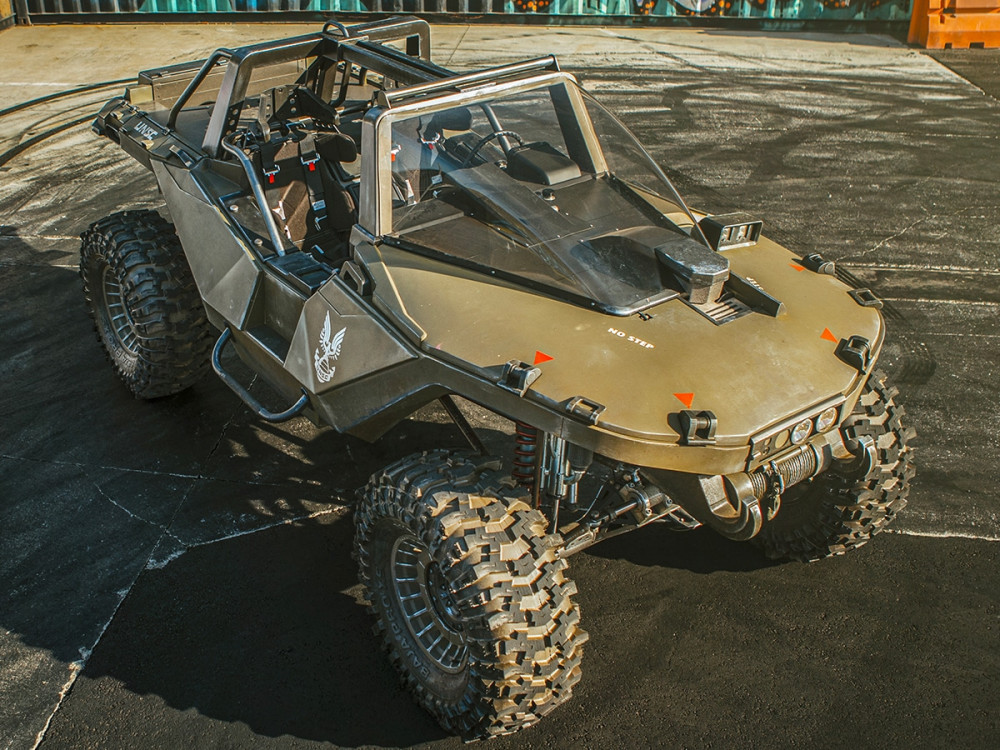 Halo Warthog made an appearance at the New York premiere of Free Guy, Ryan Reynolds' AI-themed film from 2021. Week by week, Hoonigan is uploading the Warthog's build logs, and we're hoping to see more activity with the rig fully armored. The M41 Light Anti-Aircraft Gun, on the other hand, is unlikely to appear in this one. 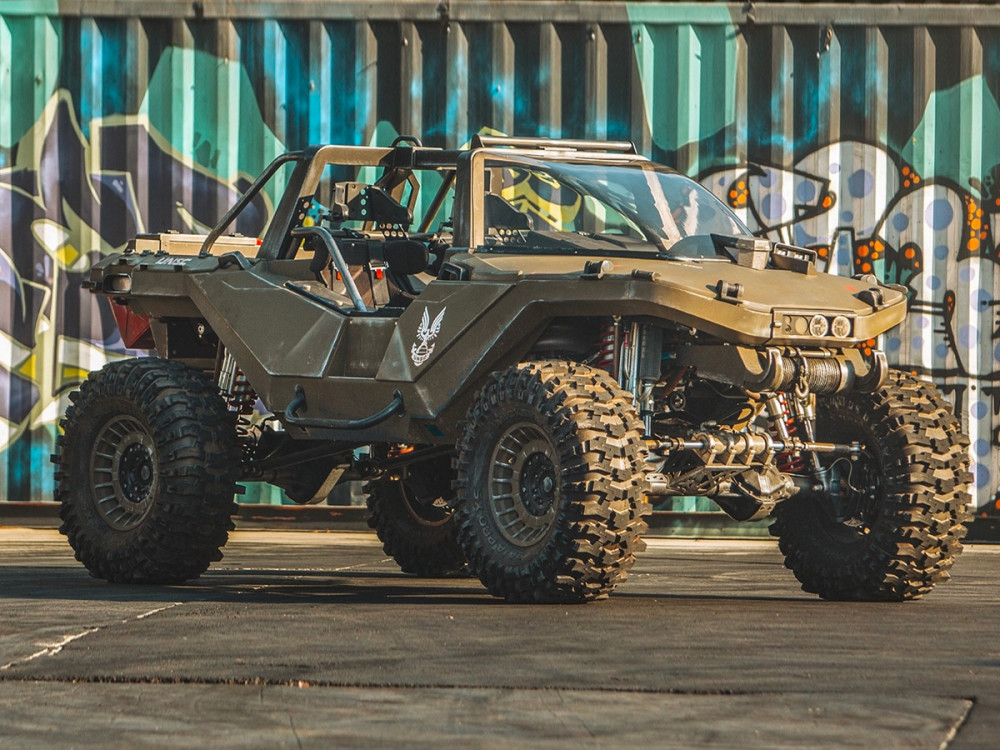