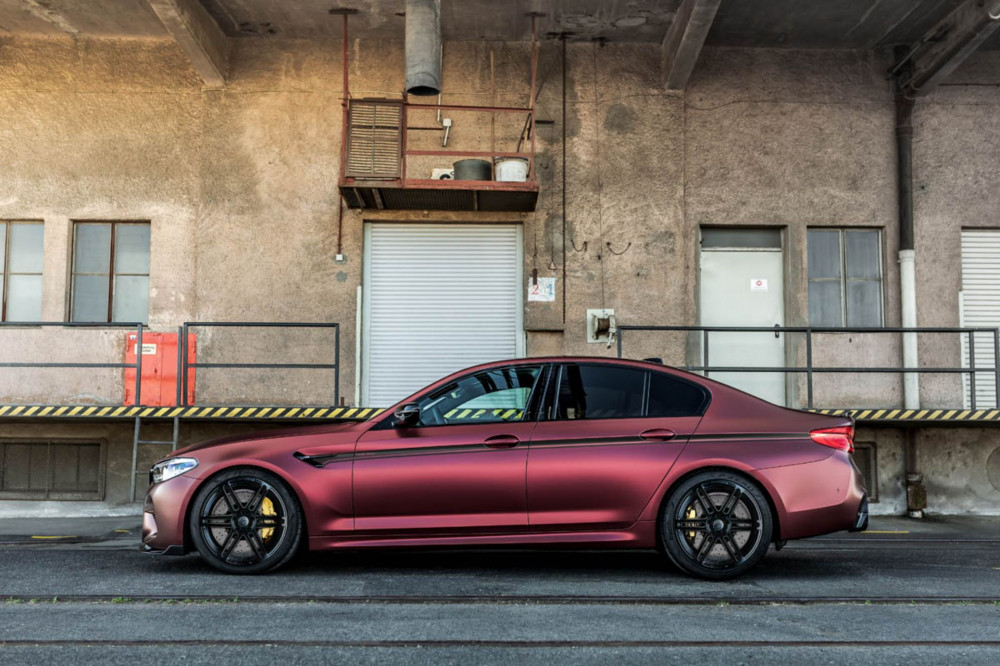 This was made possible with Manhart's turbo performance package, intercooler, carbon intake, exhaust, and ECU remapping, as well as an improvement to the 8-speed automatic transmission to handle the extra torque (+300 Nm / 221 lb-ft). 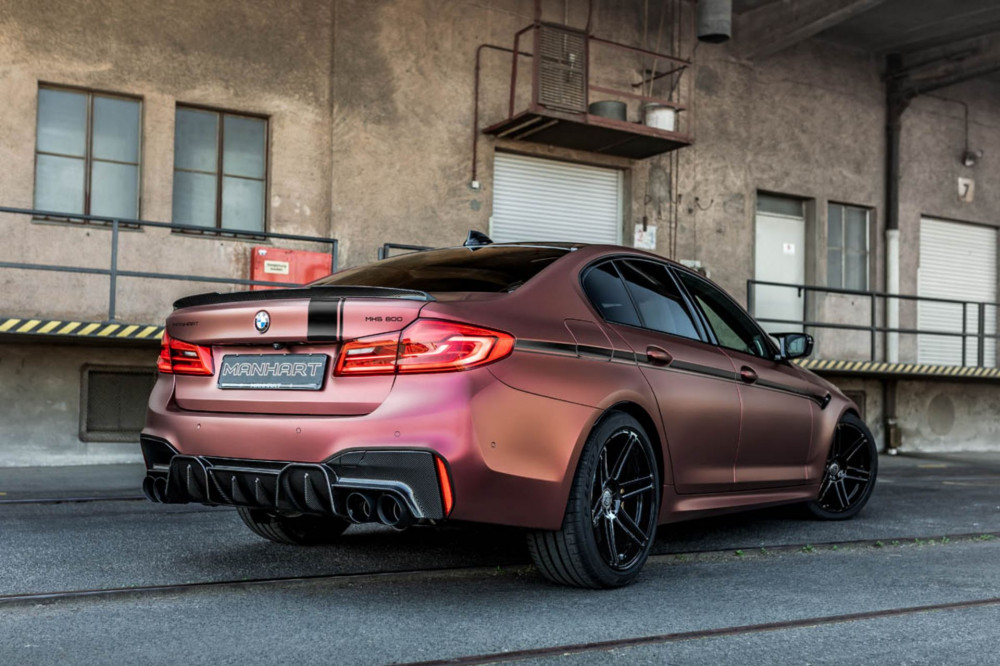 Manhart's new exhaust system features "Race" downpipes that don't have catalytic converters, stainless steel OPF-delete substitution pipes, and a stainless steel back silencer with valve manipulation. Carbon-coating or ceramics finishing is an option for the four tailpipes. The downpipes, in case you were wondering, do not have TÜV accreditation and can only be utilized in export industries outside of Germany. 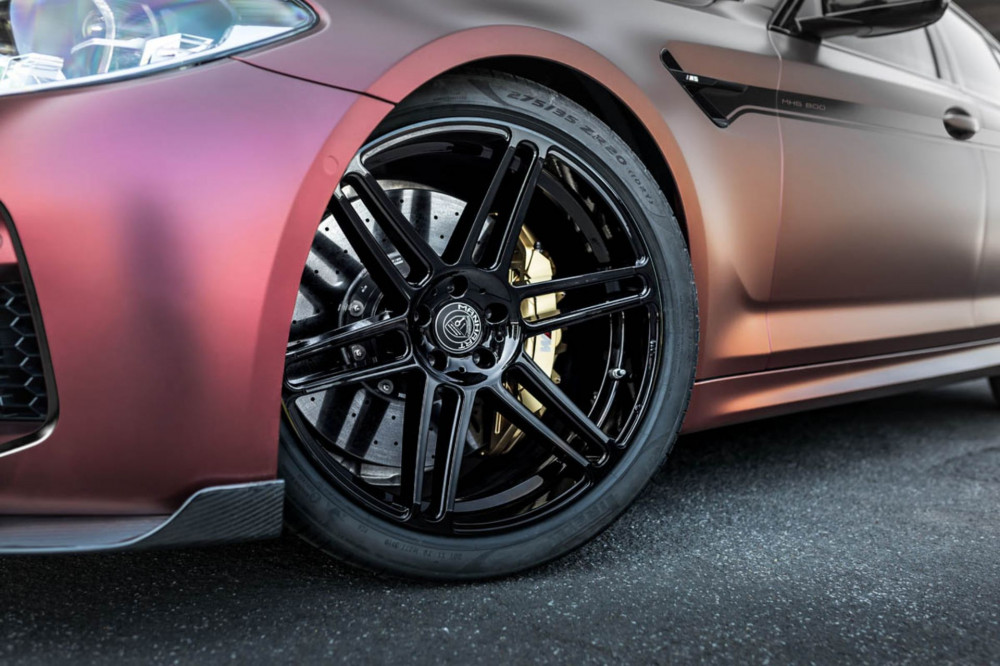 Aside from the motor and exhaust, Manhart boosted the handling by installing adjustable H&R decreasing springs (-30 mm). While the Manhart official shots depict a pre-facelift BMW F90 M5, the improvements are also accessible for the younger version.

The most noticeable visual changes are the 21-inch Manhart Concave One alloy wheels in matte black, which are fitted in mixed performance tires (265/30ZR21 in the front and 305/25ZR21 in the back). A carbon-fiber aero package and a carbon bonnet with GTR inlets are also available.

Manhart picked a matte red metallic cover with a black stripe and black side graphics for this instance. 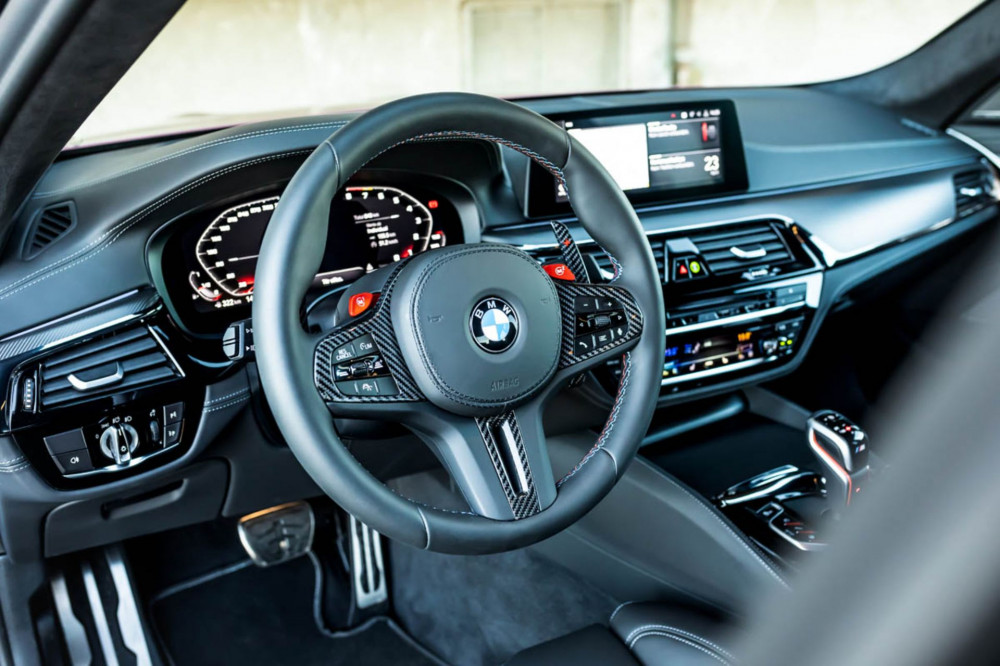 Inside, there's a Rolls-Royce-style sky rooftop with LEDs, as well as plenty of carbon fiber detail on the dash, steering wheel, and shift paddles. 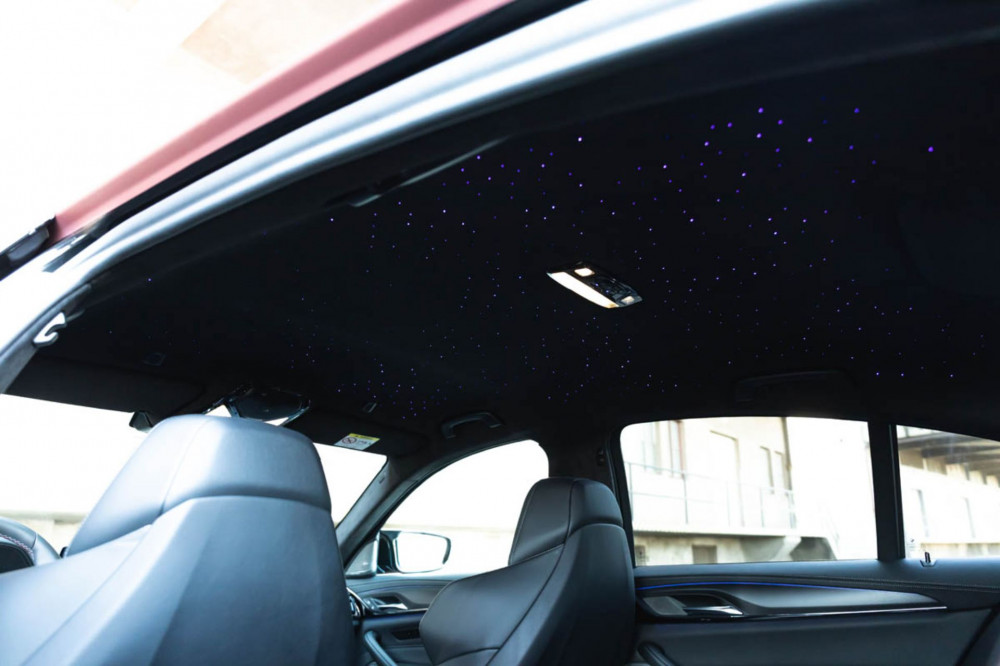