The Japanese tuning workshop puts its signature on an Aventador, applies "makeup" then heats it up a little, before revealing it.

If you know who the people at Liberty Walk are, it means you've seen at least one of their creations (you can't forget them easily). If you have not heard of them, here are a few masterpieces done by Japanese tuners: Nissan GT-R, Ferrari 458, Nissan GT-R, and Ferrari 458 (something tells us they have an affinity for the Nissan GT-R and Ferrari 458 ...). Oh, and a Ferrari F40.

Now we focus our attention on something different. A Lamborghini Aventador. And not any Aventador, but one of the 100 copies Anniversario (known as the LP720-4).

Most likely, the 6.5-liter V12 engine kept its original specs: 720 hp (0-100 km/h in 2.9 seconds, 350 km/h), but the aesthetic side receiving a Liberty Walk treatment: yellow was dropped and was adopted special light blue, the body was widened, got larger wheels and a huge spoiler. 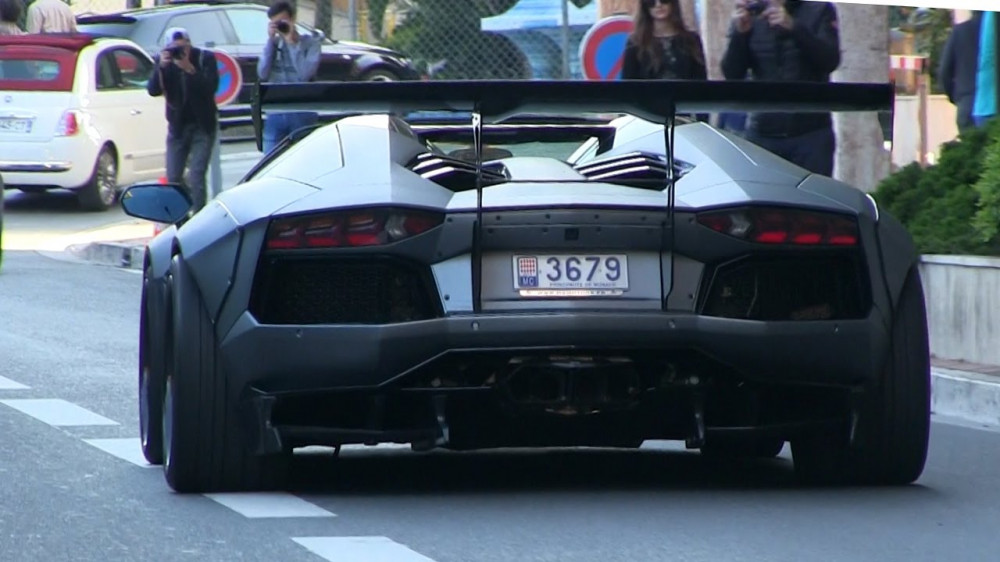 And in the case of Aventador, the people from Liberty Walk have worked with people from Armytrix, which mounted an exhaust meant to make the V12 heard in all its glory. Apocalyptic flames are also a part of the package.

We want to know your opinion: if you had an exclusive model from an exclusive manufacturer, would you leave it in the hands of a tuning workshop?

By the way, this tuning kit costs about $29,000. Not that it would matter too much if you were an Aventador owner.