Wat Ford, a Thai tuning firm, has built a crazy version of the current generation of the Ford Ranger with a bespoke bodykit based on the Mustang.

The pickup now has a redesigned front bumper that is inspired by the appearance of the retired Ford Mustang Shelby GT350. The Ranger looks excited about the racetrack thanks to the aftermarket LED headlights, the horse logo on the grille, the design of the bumper openings, the splitter, and the white stripes. 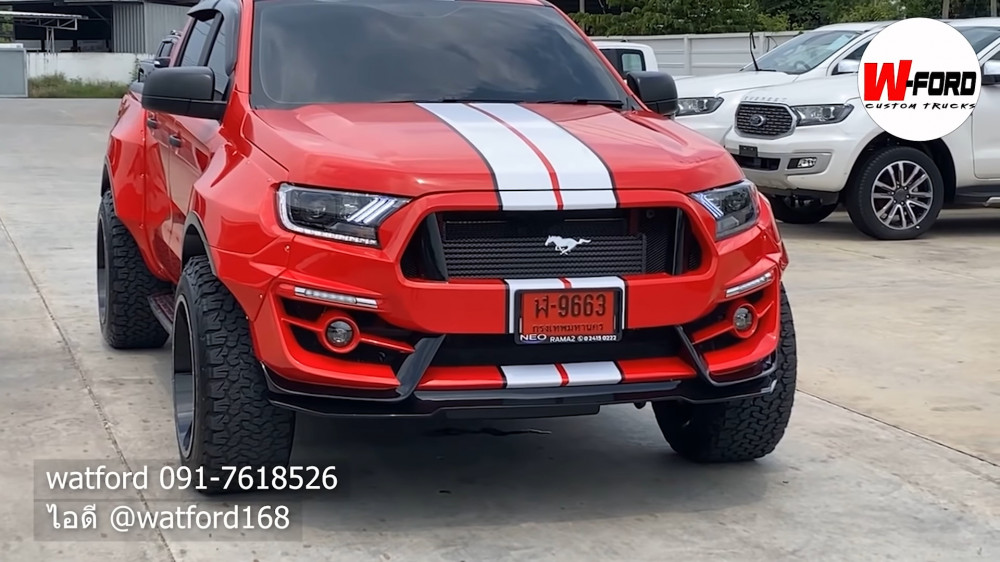 The front end isn't the only place where changes can be made. While choosing for a rear bumper removal, the tuner added much larger bolt-on fender expansions, thickly tinted LED taillights, and a bespoke exhaust with dual pipes. In tandem with the updated wheel/tire combo and wider tracks, the custom air suspension lowers ground clearance for a more aggressive attitude.

Moreover, all-terrain tires are mounted on the black-painted Force Off-Road wheels. The price of the bodykit hasn't been revealed, but according to their Facebook account, they'll be ready to tweak any Ford Ranger to the customer's specifications.