Maserati Grecale was slated to debut last November, but the manufacturer had to postpone it until spring 2022 because of a chip scarcity. Final adjustments are being made to Maserati's SUV's setup in Sweden, taking advantage of the extra time that has been granted.

The carmaker released photographs of camouflaged Grecale pre-production prototypes undergoing testing in the rough conditions of the Swedish glades.

The cars were tested on snow and ice, with freezing temperatures as low as -30°C in Lapland, to ensure that they produce maximum output and preserve in-car comforts in all weather situations. The Grecale made its spy appearance in April 2021.

More strong options include the twin-turbo 3.0-liter V6 originating from MC20 supercar that will most probably drive the Trofeo performance flagship. Power will be sent to all four wheels via an eight-speed automatic gearbox in all models.  As the 2023 Maserati Grecale approaches its premiere in a few months, we'll discover more about it. 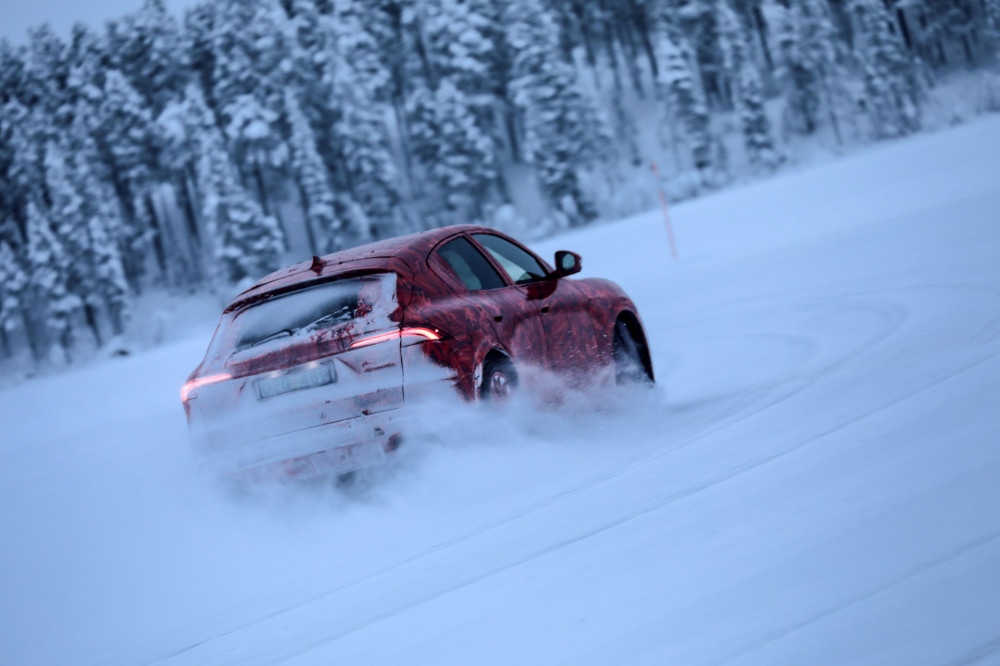