New GTstreet R has been revealed by TechArt and let us tell you: this sportscar is a genuine spaceship based on Porsche 911 Turbo S, 911 Turbo. However, unlike its former version, this GTstreet R is way faster and more furious.

You can say from the very first look that this is no ordinary 911. The carbon fiber details make even the camouflaged prototype noticeable in any crowd. However, these carbon fiber details aren’t there for their beauty effects only. According to TechArt, they hugely reduce the front axle’s lift – 45% at 140 km/h – 87 mph, increase the downforce at the rear axle and help the airflow shift to the intercooler. 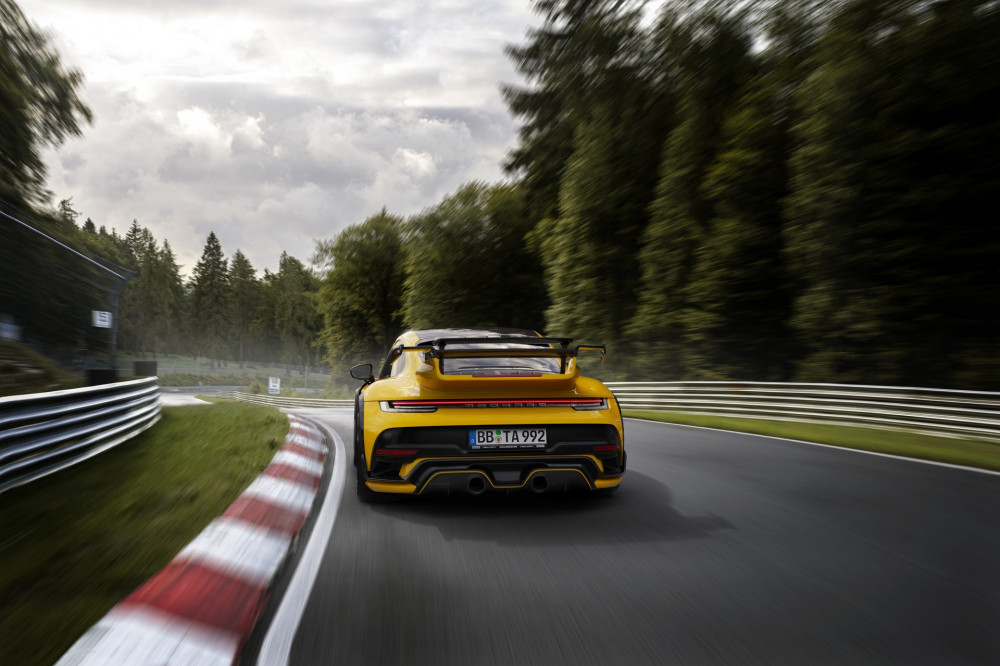 One of the most noticeable elements is the immense carbon fiber rear wing. There are big tailpipes on the stainless-steel exhaust system, alongside a valve control. The revised bumper comes finished in black, the same as the carbon fiber diffuser. 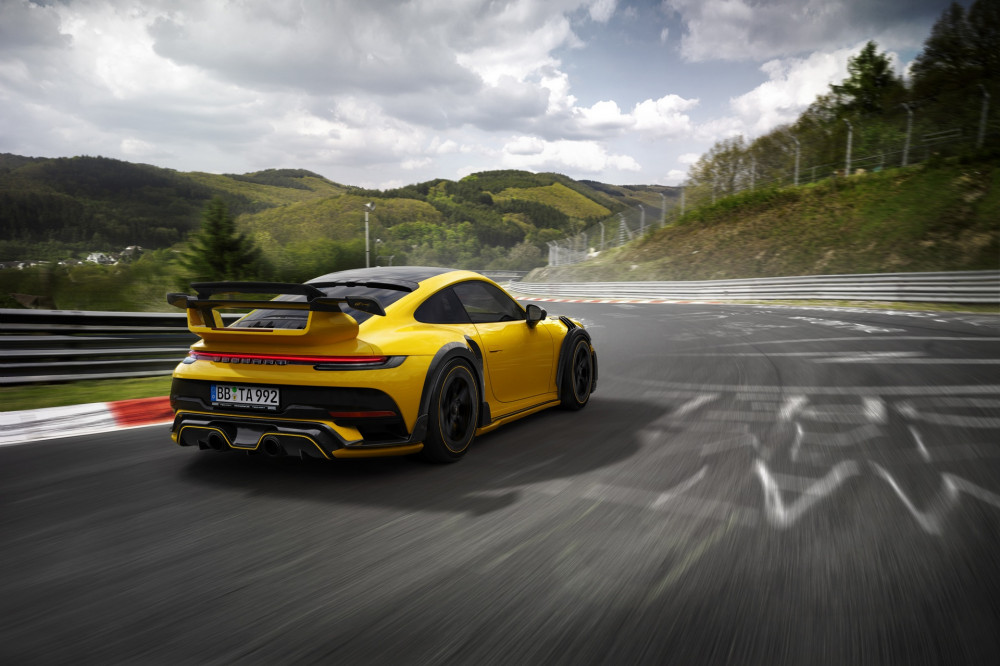 The air intakes got a new cover, while the splitter got visibly enhanced. Notice the bonnet that got redesigned and received inlets that look like those on the new 911 GT3. Another resemblance is found on the front fenders with their GT3 RS alike gills. 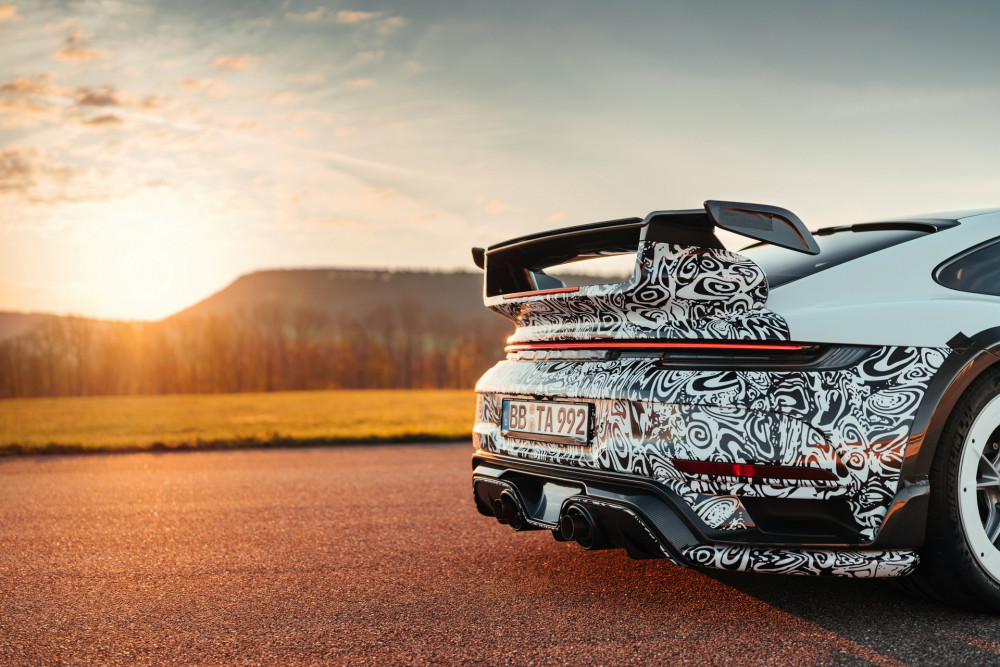 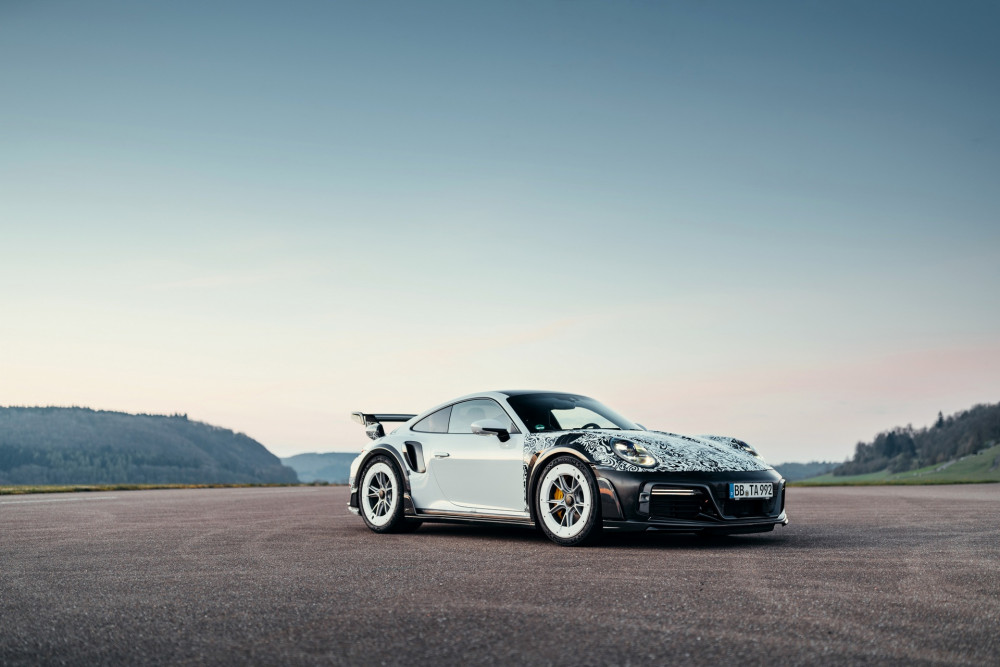 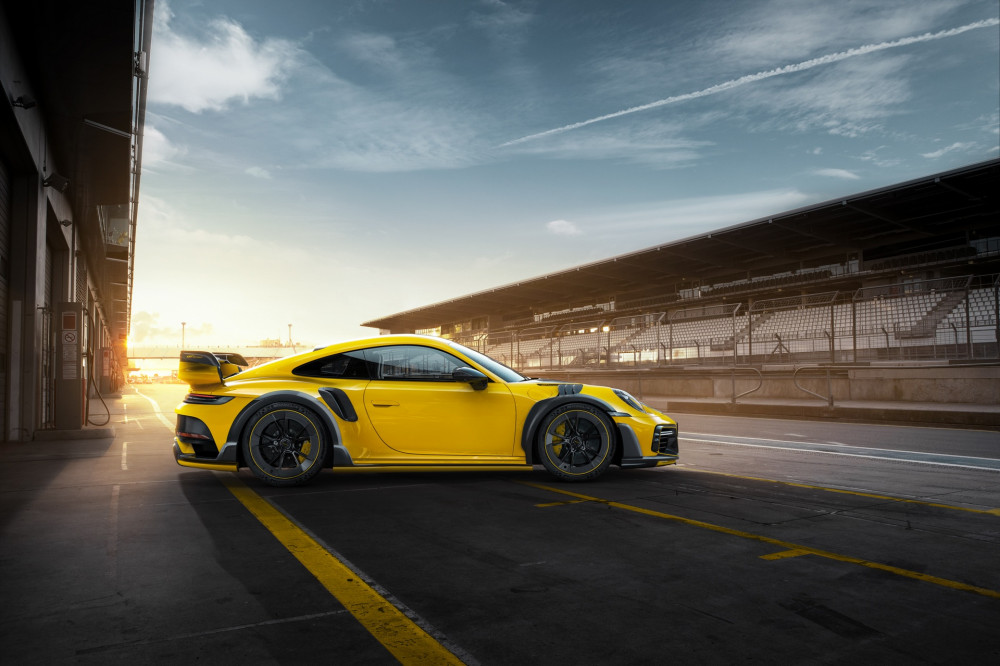 With a kit of adjustable coilover or sport spring set, the suspension can be lowered by a maximum of 25 mm. The optional Clubsport package including additional upgrades like a completely adjustable suspension and high-performance seats will soon become available, too. 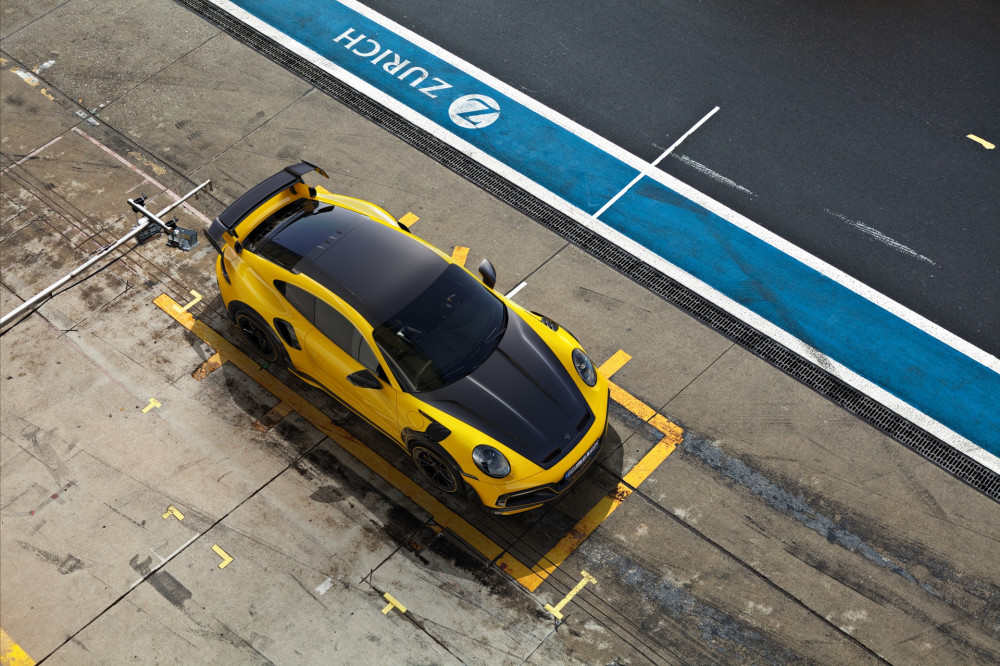 As for the interior, there is lots of Alcantara leather and carbon fiber finished in matching colors with the exterior. The patterns come in retro style, with GTstreet R badges. The official configurator can be used for further customization.
There’ll be only 87 GTstreet R units, with a price starting at EUR 73.000 (a little less than USD 87.000). This price includes only the upgrades, so add the Porsche 911 Turbo or Turbo S price to that figure. 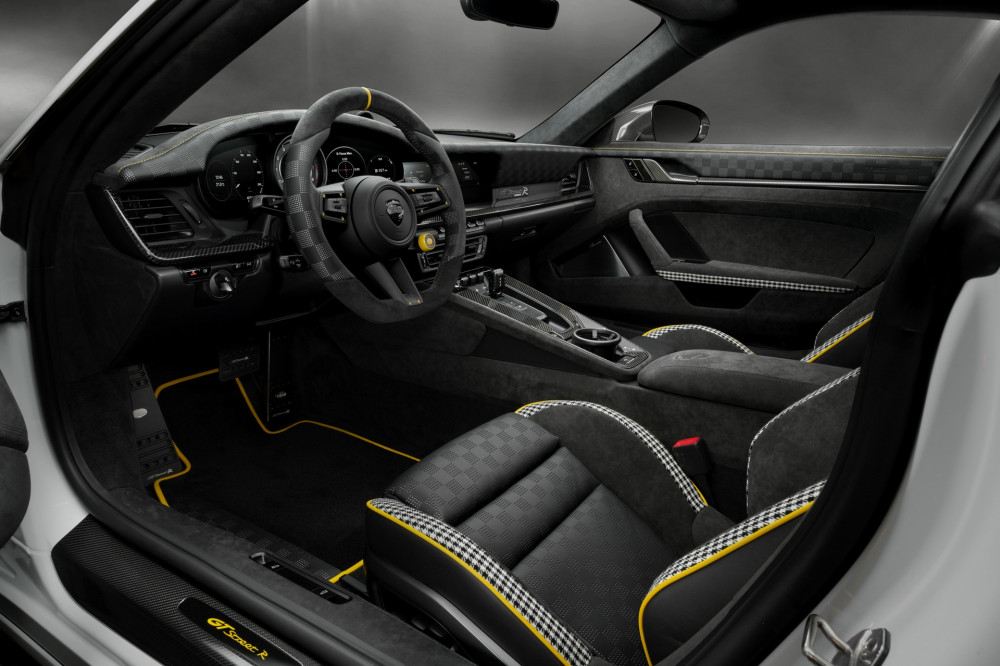 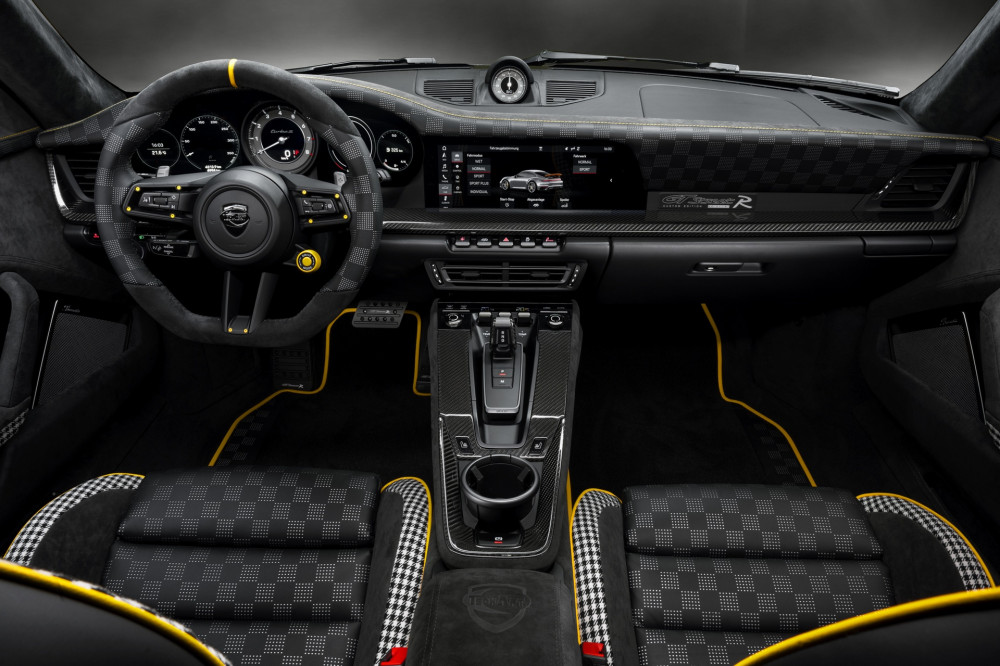 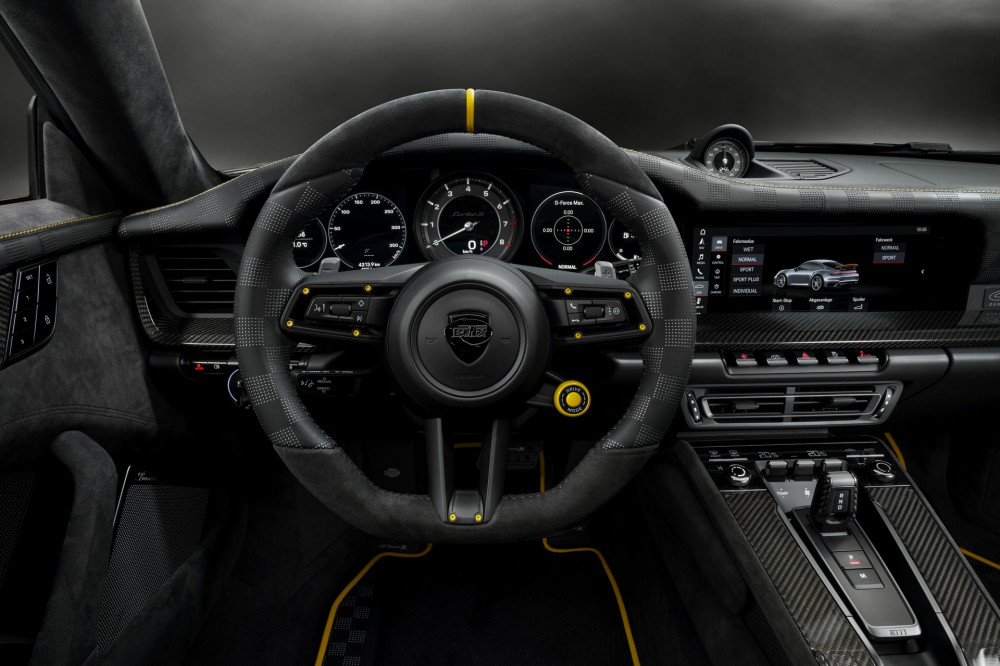 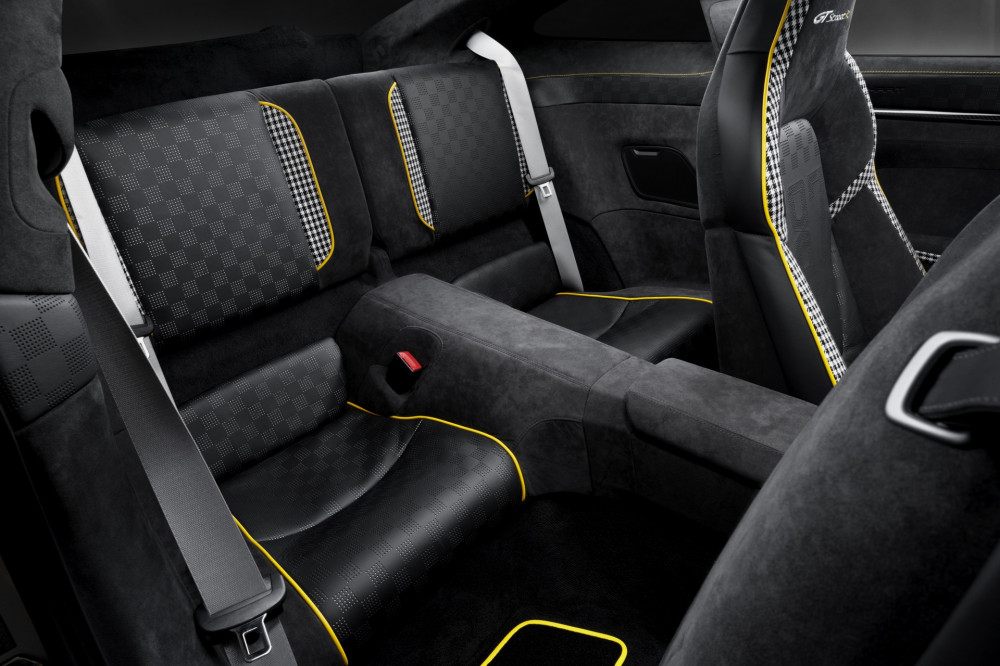 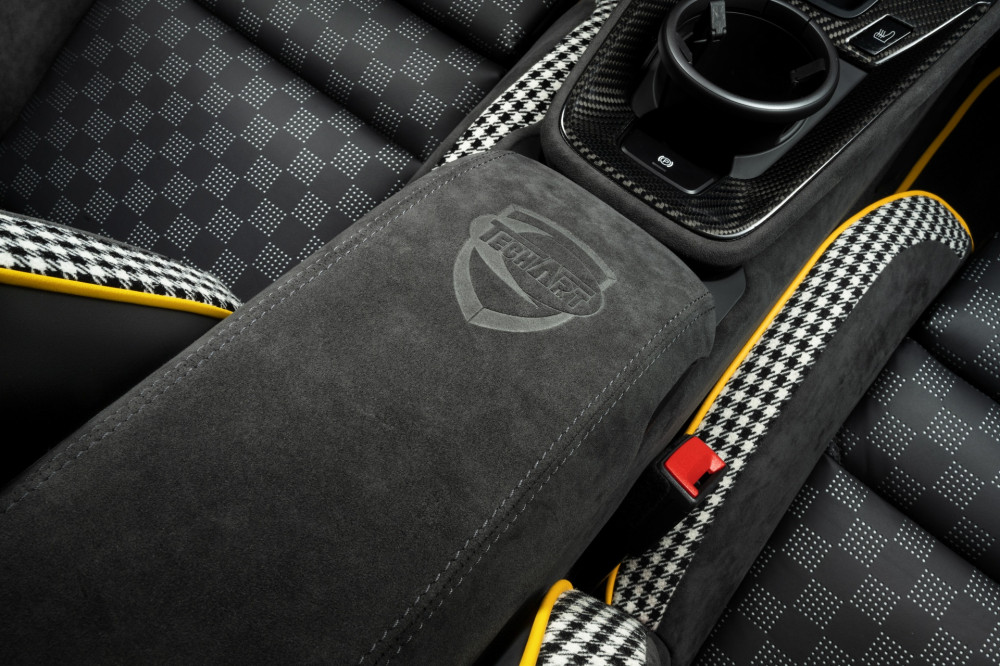