The Italian company Touring Superleggera found some flaws in Bentley Continental GT and decided to correct them, by providing their own version of this model. There are some major differences between the original and the modified version, like the engine.

The company offered two versions: one of them is powered by a 560 hp engine, working at a torque of 650 Nm, while the second has a 610 hp engine, with a 750 Nm torque. This power is coming from a Twin Turbo W12 engine, working with a six-phase AWD auto gearbox.

The chassis has received some additional suspension, which works as a roll bar and support for the extended roof.

The inline style of the donor car has been left untouched, which is remarkable considering the chassis improvements.

The interior is an elegant space, beautifully combined with the exterior, allowing lots of comfort and functionality. The back seats are individual, which allows additional space for luggage. 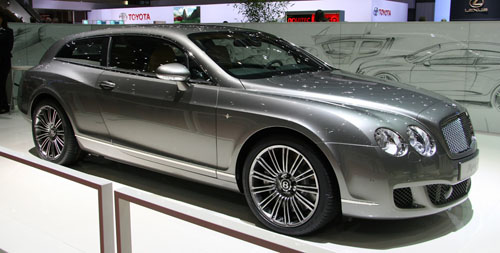