In the automotive business, Soventem is a new name. Robert Parson, who started his first business at the age of 18, launched the corporation. Soventem eCryptoCar is an electric automobile with the best level of comfort and a dynamic personality.

Soventem will develop stylish, futuristic cars with an eye-catching appearance wherever they are parked, according to the business. The business introduced two versions of its electric automobile at the same time: a two-seater and a four-seater. This Soventem eCryptoCar bodywork may appear strange, but it is designed for enthusiasts.

The carmaker has previously stated that it wants to provide a product that is ahead of its competitors. The major goal is to develop a low-cost electric vehicle with a production capacity of 3,000 units per year. Furthermore, all automobiles will be built by a team of five people, with substantial use of 3D printing and direct consumer interaction. As a result, all production and assembly costs will be kept to a minimum.

Soventem eCryptoCar will be available in three different configurations: a two-seater, four-seater, and e-crypto. The third variant will differ from the others in that it will be equipped with hardware and software for mining cryptocurrency. Furthermore, the necessary equipment is currently available from providers. 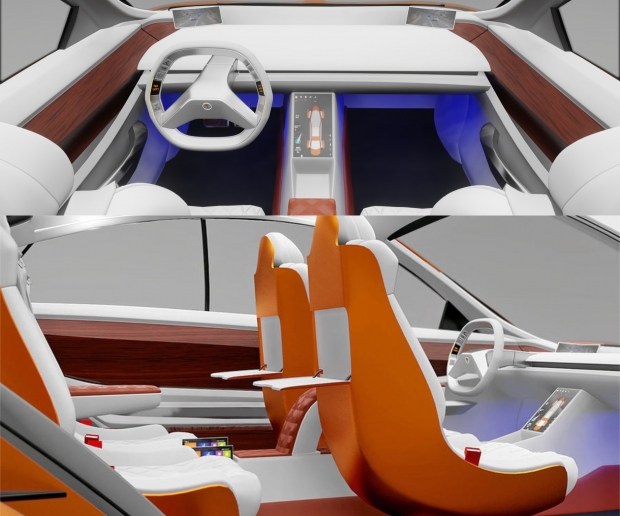 Equipment for Soventem can be purchased or rented. According to the company, renting an electric vehicle for a period of 30 minutes to 30 days is achievable through a specific application. The consumer will be able to pre-order a specific Soventem eCryptoCar model, including color, seating capacity, and delivery location. 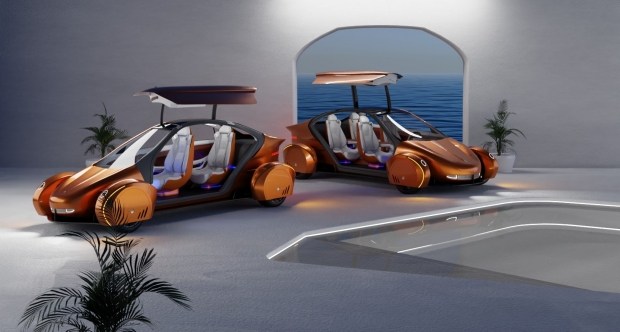 All of the equipment will be fully charged when it arrives. Soventem claims to have a range of 483 kilometers on a single charge, but no technical data have been released as of yet. It is only known that it will be available with a choice of four electric motors, with power similar to supercars.

It will just take 5 minutes to fully charge the systems! However, by 2029, a "three-energy" system will be in place, reducing dependence on charging stations by capturing hydrogen from the air and converting it to electricity. So yet, there's no evidence to support these allegations.

And this is just a small part of Soventem's grand plans. Lucy, the personal assistant and "family friend," will converse with owners in their mother language, make calls and even remember the owner's and passengers' desires and preferences. It also intends to offer over 100,000 different combinations and options for its models. As a result, there's a slim probability of encountering two identical vehicles. Not to mention the car's individual construction.

The primary issue is that Soventem electric cars are currently only representations, and the company's only investors are Parson family members.