While Scuderia Cameron Glickenhaus is known for his high-end sports cars and off-road vehicles, the company is reportedly thinking about branching out into military-grade hardware. New illustrations depict one of its 008 buggies outfitted for rapid reaction. After the first Boot came out, the company said the military, the fire, and the police would all get their own versions.

Other than the new front lights and olive drab paint, this Glickenhaus 008 appears quite similar to the original. On top of that, there's a gun up there. By all appearances, the weapon is controlled by the individual sitting inside the vehicle. 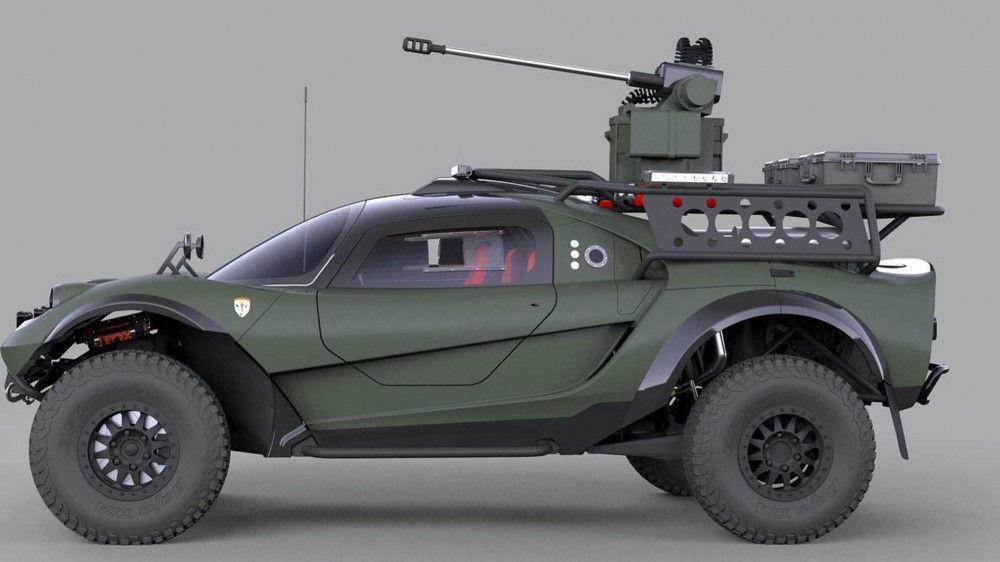 Scuderia Cameron Glickenhaus unveiled the 008 for the first time in March of 2020. The 008 combines elements of the company's 004 supercar and the Boot off-roader. When driving at high speeds over difficult terrain, the suspension design allows for a lot of tire movement to smooth out the ride.

Glickenhaus revealed the constumer-spec 008's base price of $99,995 in May 2022. Wilwood brakes are standard equipment, as are 33-spline axles and a mid-mounted engine. Unfortunately, the company's website lacks in-depth information on the vehicle's engine and transmission.