Earlier this year, Toyota introduced the 70th Anniversary Special Edition of the legendary Land Cruiser 70 Series for the Australian market, and now the manufacturer plans to introduce an identical vehicle in South Africa.

In contrast to Australia, which received 600 vehicles of the 70th Anniversary Special Edition split into 320 double cabs, 200 single cabs, and 80 wagons, South Africa will only receive an unspecified number of single-cab and double-cab pickups dubbed Land Cruiser 79.

Aside from the 70th-anniversary insignia, the flagship-grade level features a reworked grille with Toyota writing, a snorkel, an off-road bumper with an incorporated bull-bar, a hood scoop, a metal rear bumper, and a new bed cover. With conventional 16-inch alloy wheels and 265/70R16 tires, the vehicle is offered in either Ivory White or Sand Beige. 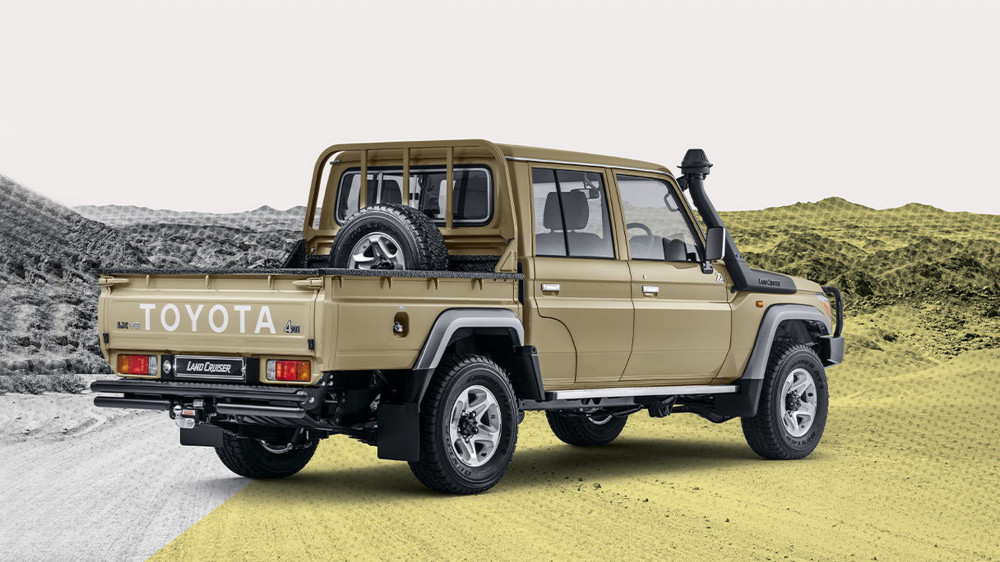 Land Cruiser 70 Series has been upgraded multiple times since its introduction in 1984, with the most recent makeover providing a more modern interior. The anniversary model in South Africa lacks the fancy steering wheel, wood trim, and leather upholstery included in the Australian version, but it does have a 6.1-inch infotainment display with Navigation and Apple CarPlay / Android Auto connection. Manual air-con, bottle storage, automatic windows, a lockable glove box, and an anti-theft system are among the standard features.