It’s all about sustainable development these days and BMW gets that. The new BMW X5 prototype has entered its testing phase with a hydrogen fuel cell drivetrain. Whilst testing rolls out in Europe, BMW has already confirmed that it’ll launch a small-series model later in 2022.

The X5 has been officially named BMW I Hydrogen Next, enabling the manufacturer to broaden its experience with this zero-emission technology.  According to Frank Weber, member of the Management Board at BMW AG, hydrogen fuel cell technology should be considered for sustainable drivetrains, even larger vehicle classes.

Testing the hydrogen fuel cell drivetrain is an important stage in the carmaker’s research and development efforts.

The BMW X5 hydrogen powertrain combines 5th generation BMW eDrive electric engines with a fuel cell. The latter transforms the hydrogen into electricity, providing 167 hp (170 PS). There is also a converter adjusting the tension to the electric engine.

There are two 700-bar tanks storing the hydrogen. They’re made of carbon-fiber-reinforced plastic.

Part of the energy is kept aside in a buffer battery and activated in dynamic acceleration maneuvers and short overtaking accelerations. Therefore, the fuel cell system reaches 368 hp (374 PS), which makes this prototype as powerful as a normal X5 with its most powerful engine with six cylinders.

No additional information about the production edition’s availability in other regions has been provided. We’re expecting more info around the official launch, which is around the end of 2022. 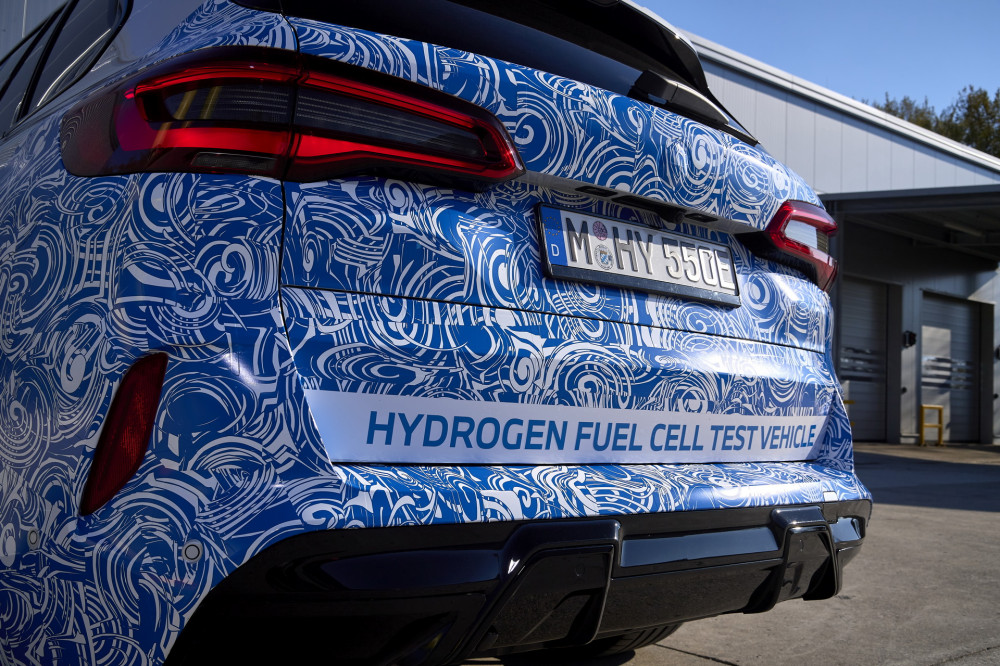