On May 24, 2022, BMW M GmbH will celebrate its 50th anniversary. To mark the event, BMW M has revealed a unique emblem and an additional color palette with nods to the past, which will be ready in 2022.

The unique logo is based on BMW Motorsport's original design and contains a mini version of the BMW logo encircled by blue, dark blue, and red semicircles on a white backdrop, which have been linked with the M brand since its inception in 1972.

Buyers of BMW M vehicles or any BMW product equipped with an M Sport package will be eligible to purchase their cars with the new logo starting in January 2022, with manufacturing beginning in March 2022.

Since 1973, BMW Motorsport GmbH racecars have worn identical badges, and the BMW M1 debuted the three-stripe M emblem in 1978. Blue represents BMW, red represents racing, and violet (which was subsequently replaced by dark blue) represents the relationship between the two.

In addition to the emblem, BMW M has revealed 50 "iconic and historically significant" color finishes. Colors like Dakar Yellow and Fire Orange, as well as Macao Blue and Imola Red, will be offered for certain BMW vehicles in 2022 as a nod to the various stages in BMW M's journey. 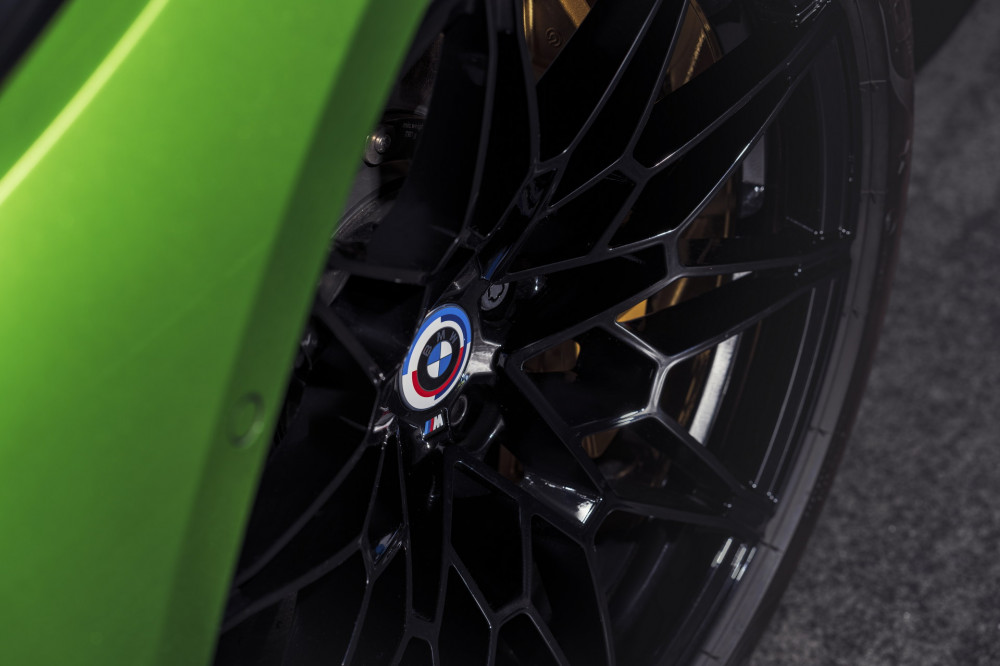 BMW M will also have anniversary festivities at the Concorso d'Eleganza Villa d'Este in Italy, Goodwood Festival of Speed in the United Kingdom, Pebble Beach in the United States, and even during the Nürburgring 24-hour race.