Unofficial renderings from Kolesa attempted to forecast how the BMW X5 M facelift would appear. Spy photos taken around Munich have inspired these designs. The prototypes we've seen in the wild are attempting to hide both ends.

These renderings, on the other hand, depict what we all already know, such as the redesigned front grille and lower bumper intakes. The back end appears to be similar to the previous model. Nevertheless, for a 3D look, there will be a buried section at the center.

Other features, such as the M-exclusive quad exhausts flanking the diffuser, seem to have been maintained. The projected upgrades inside the facelifted BMW X5 M aren't shown in the images. The new iDrive 8, which is integrated into a two-screen layout for both infotainment and instrumentation, should be one of these upgrades. 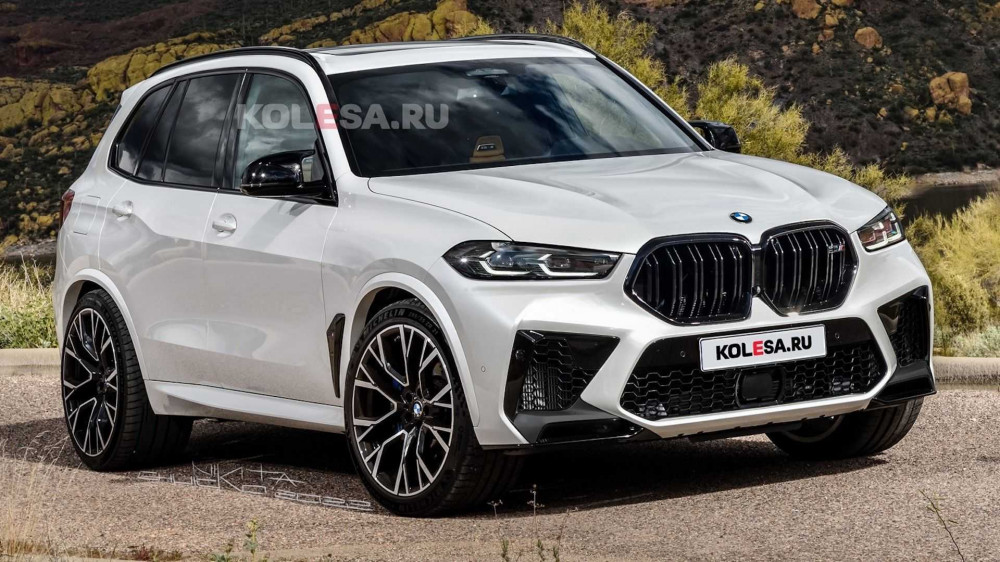 Updates to the powertrain are unlikely, and the facelifted model is believed to keep the powerful twin-turbo 4.4-liter V8 engine, which can produce 617 hp. The standard X5 will be available in the coming months, along with the BMW X5 M. We can't wait any longer, and these drawings may offer a hint as to what's coming.