Aston Martin has presented a new one-off project from its Q division: a stunning and powerful carbon-fiber-bodied homage to the legendary Vantage from the 1970s. Aston Martin Victor is built on the company's 2011 One-77 supercar and features a revised 848-hp naturally aspirated V-12 driving the back wheels via a six-speed manual gearbox.

The motor, a 7.3-liter unit that initially produced only 760-hp, was returned to its original developers at Cosworth, who added approximately 90-hp without turning to forced induction. Torque is also marginally increased, reaching 606 lb-ft from 553 lb-ft previously. 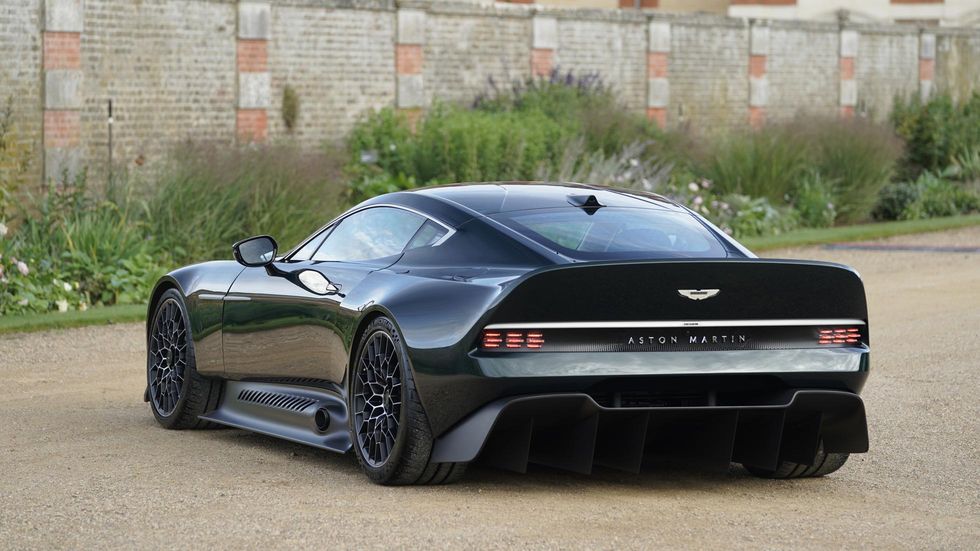 To manage all of the power, the Graziano-supplied gearbox requires two dedicated coolers and a unique motorsport clutch. The One-77's carbon-fiber monocoque serves as the vehicle's structural backbone. However, this is not a reskinned One-77. The suspension is adjustable six ways and utilizes inboard springs and dampers from Aston's track-only Vulcan. 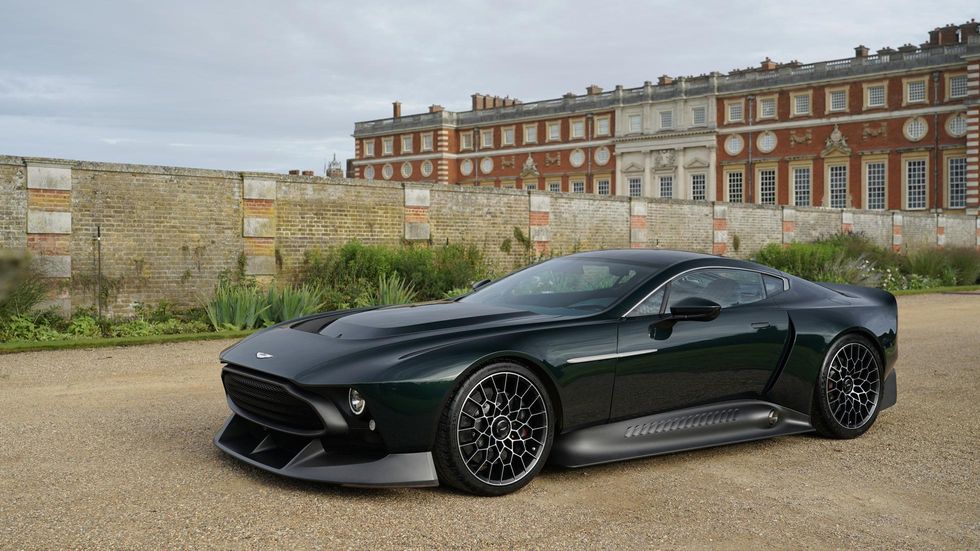 The exterior is constructed entirely of carbon-fiber and finished in a shade called Pentland Green. Internally, the driver is met by a handmade carbon-fiber dash and a race-inspired steering wheel reminiscent of Vulcan. The unusual rear end features an integrated lip spoiler and taillights influenced by the Vulcan, while the front fascia combines the long, sweeping bonnet of the Vulcan with the round headlights of the iconic Vantage: part modern, half nostalgic. The center-lock wheels conceal 15-inch front and 14.1-inch back carbon-ceramic Brembo brakes. 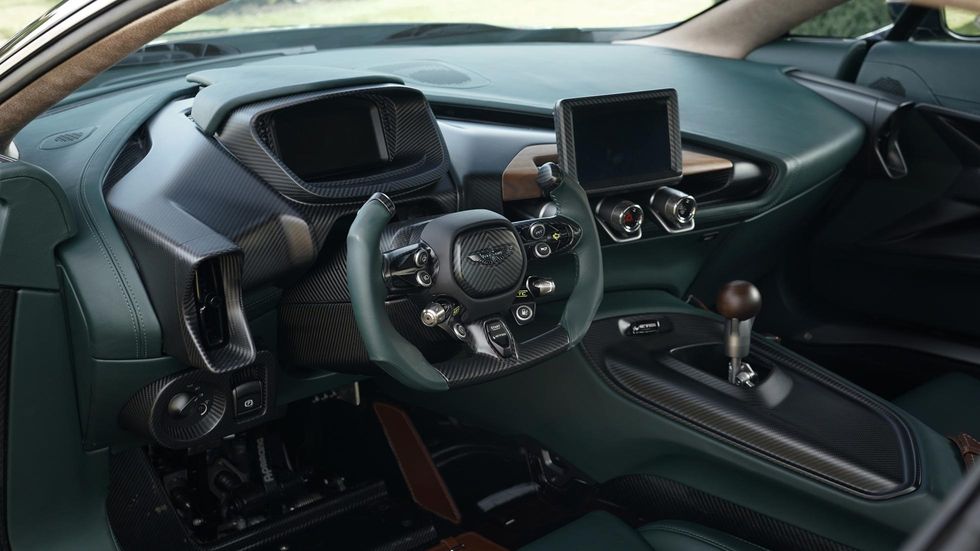 Aston Martin Victor is a nod to Victor Gauntlett, Aston Martin's former CEO who was in control when the original Vantage debuted. Aston has not announced the price of the one-off Victor, nor has the business divulged the privileged owner's identity. Given the car's ultra-rare One-77 heritage and extensive bespoke work, we wouldn't be shocked if its price reached well into the 7 figures.