One of the most expected trucks in the US - the Toyota Land Cruiser scheduled to arrive next year -was spotted undisguised model looks stunningly. Notice that the official reveal should take place this summer.

@hamad1two3 (Instagram user) spotted the vehicles supposedly in the Middle East in some kind of a shipping and receiving facility. With the pre-delivery protective plastic sheeting on their body panels, you can still see the large grille, with an additional U-shaped lower graphic connecting the two headlights. The hood is pretty similar to the concept, featuring elaborated sculpting. Meanwhile, fenders and haunches are evidential by the squared-off wheel arches than the outgoing model's. The rear of the truck shows a lower window line upon a sharper incline as well.

The source appears to be a Russian Land Cruiser forum, where you can find more of the 300-series - details revealed in parts diagrams from service centers. That is where you will read the rumored five-wheel options with 17-, 18- and 20-inch diameters. The curious thing about the Land Cruiser 300 is the buttons on the dash that appear on both front and rear differential locks. 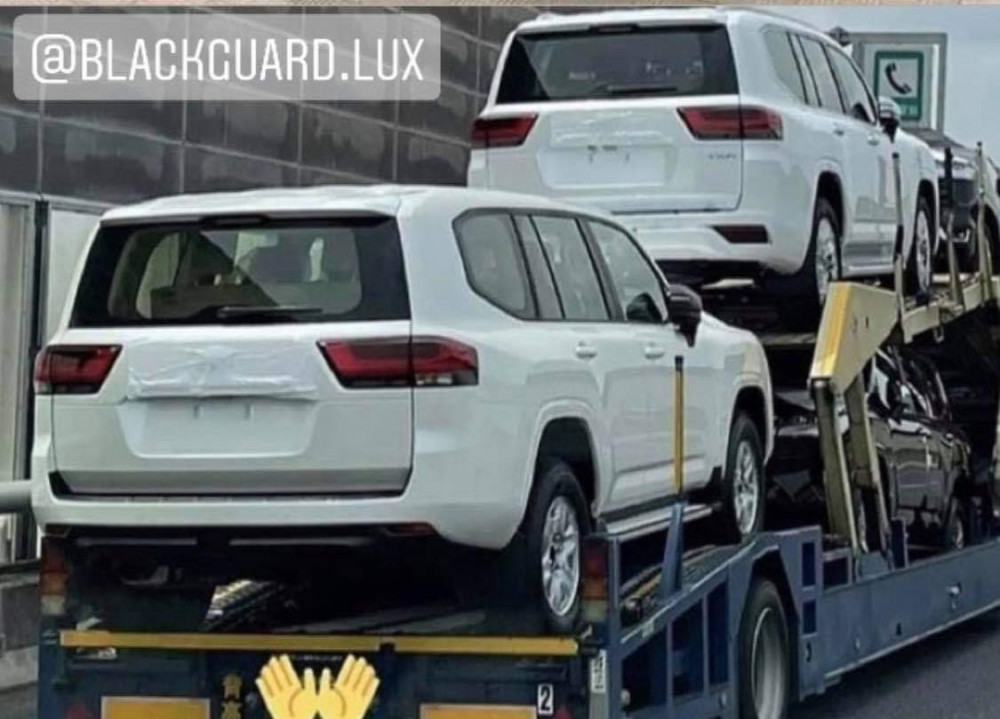 Toyota options three different start/stop buttons. The button featuring a Gazoo Racing logo on one of them involuntarily confirms rumors of a GR-spec trim level. Rumors state a chance at deleting the system that operates traction and stability control (VDIM), sequential blinkers, and the sunroof for a hard-core four-wheeling spec. With new front and rear locking Front and rear locking differentials, a renewed Toyota's KDSS system was promised as standard on this trim, add to it the 18-inch wheels wrapped in off-road tires. 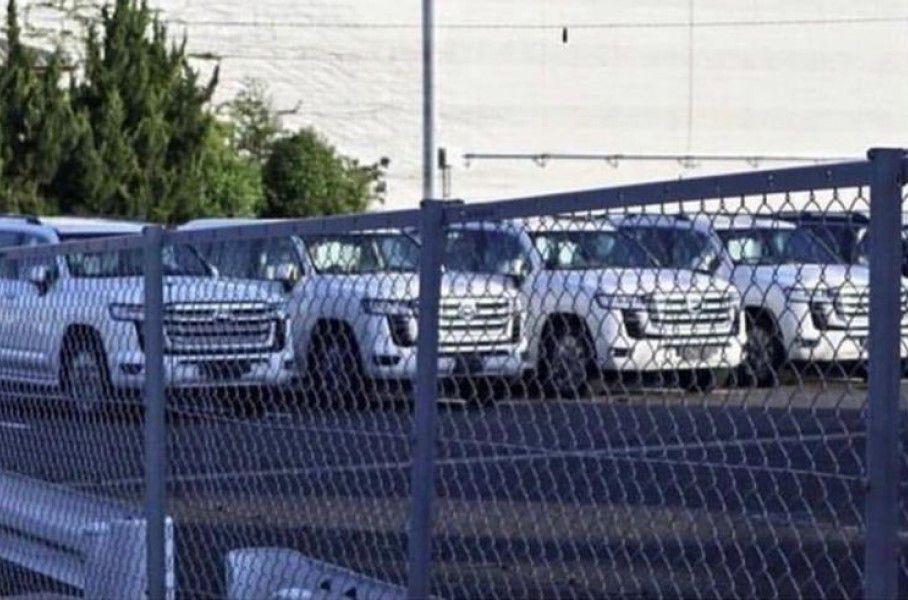 Despite the seemingly 20-inch wheels on the spotted vehicles, suggests a luxury-spec version. Meanwhile, keep in mind that the Gazoo Racing variant will have a less both bling-tastic grille and side skirt treatment. The production version of the Toyota LAnd Cruiser 300 is expected to arrive in dealerships worldwide sometime in August, this year. The US customers will have to wait a little bit longer.