Only the 2nd gen Toyota Century, a full-size luxury car offered to Japan's upper crust, utilized the 1GZ-FE. Despite being considerably less well-known than a popular Toyota motor like the 2JZ series, the company's unique V12 motor had a lengthy life, lasting from 1997 to 2017, during which time the previous-generation Century was marketed for 20 years. Now, a Toyota Hilux twin-turbo V12 is something real.

One of the 5.0-liter motors was sent to South Africa at some time, where Fatboy Fab Works crammed it into the engine compartment of a completely different car. We're referring to a modest Hilux that went off the manufacturing line in 2012 with a 3.0-liter diesel engine.

Toyota Hilux twin-turbo V12, which was brought to our notice by Double Apex, now features a pair of Garrett GT35 turbochargers in place of the Century's V12. The initial motor in its naturally aspirated version produced 276-hp (206 kilowatts) in the magnificent sedan back in the day, but it now produces a monstrous 540-hp (402 kW). The torque has been increased significantly, from 355 lb-ft (481 Nm) to 715 lb-ft (970 Nm).

The Century's four-speed gearbox appears to be capable of handling more than double the V12's original torque since the Hilux keeps the sedan's automatic gearbox while employing a modified prop shaft. For the time being, the brakes are intact, but they will be updated soon to withstand the increased power given by the twin-turbo engine. 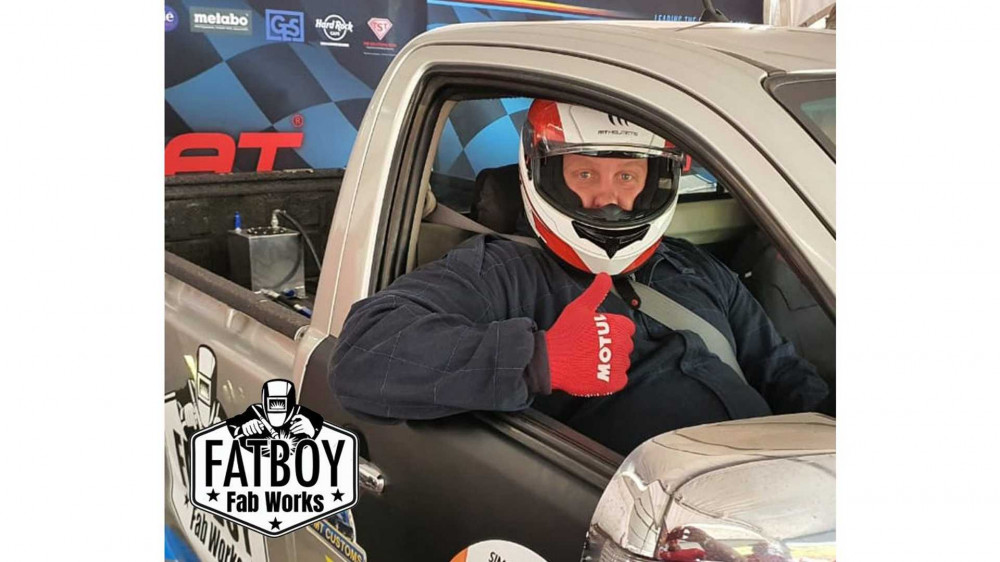 The major goal of the super truck was to get it prepared for the Simola Hillclimb contest earlier this month. Toyota Hilux twin-turbo V12 was signed up by Fatboy Fab Works, and it ultimately climbed the hill, but not without some electrical and transmission issues.

It's worth noting this isn't the first Toyota to acquire the 1GZ-FE after the Century, since there have been numerous Supra Mk4s with the 5.0 conversion.   It's also important to remember that the Hilux isn't unknown to bigger engines, with an AMG V8 conversion that made news last year owing to its normally aspirated 6.2-liter (M156) motor borrowed from an ancient C63.