Designer Flat HAT3D has released teaser images that demonstrate the A90 Toyota Supra's external style may be completely changed with just a few simple adjustments. If you like what you see, there's excellent news! Well, they're in the process of being prepared for production and the first deliveries are scheduled for the near future. The Orion taillights are the most noticeable alteration made to this Toyota GR Supra's rear end.

Whereas they maintain the same general structure as basic taillights, they no longer have a complicated LED signature, rather consisting of four circles, two of which serve as taillights and brake lights, and each light unit also includes a devoted circular turning signal and reversing light. 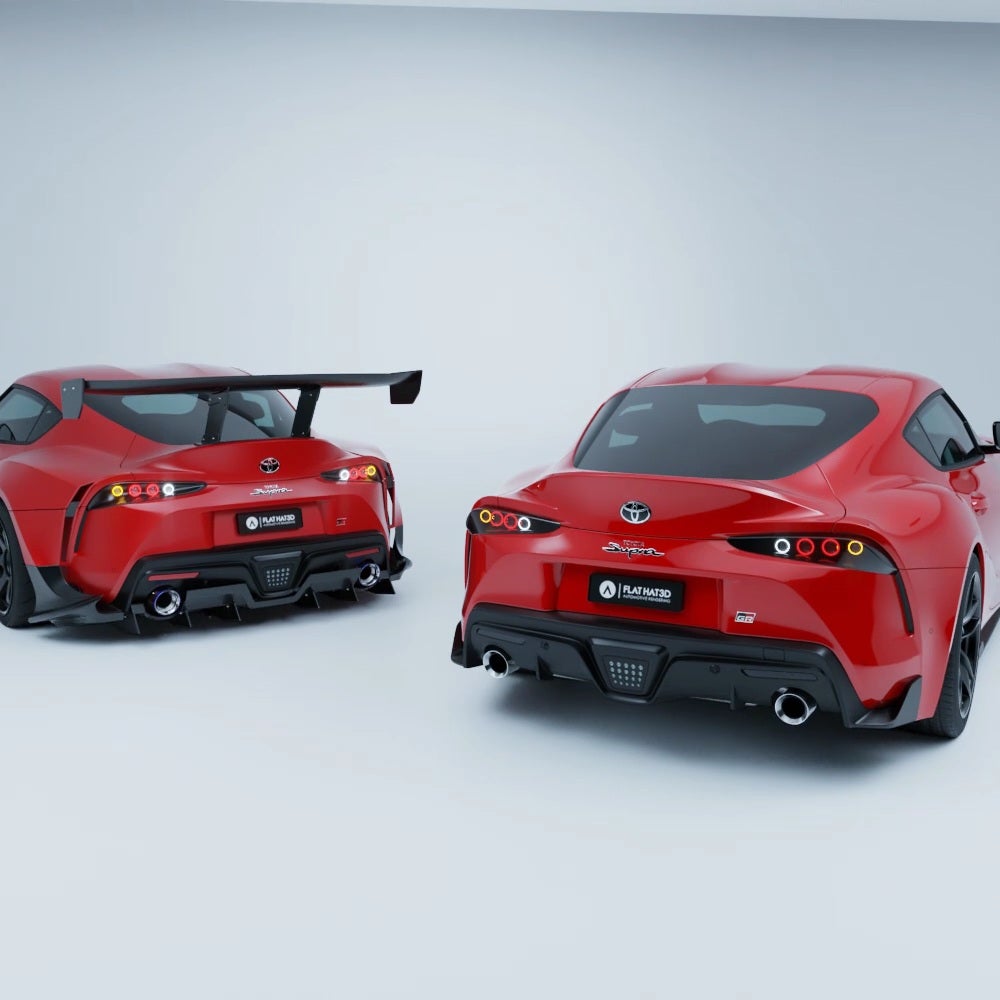 We believe that this new design enhances Toyota GR Supra's appearance while also paying homage to its past. The rendering artist's red Supra has experienced a process of revisions as well. It has a distinctive diffuser, for instance, that adds to the rear end's aggressiveness. Toyota also has been given wider side skirts and a pair of black six-spoke wheels, as well as a reduced ride height.

The Exposed units without a plastic cover cost $1,200 before delivery, while the Covered units cost $1,400 before delivery. For more info check the BRZ-ZZZ website, which claims they're taking pre-orders while they finalize the design and go forward with manufacturing and anticipate the first products to arrive in early 2022.