Koenigsegg Gemera and Jesko Absolut appeared after what was meant to be the 2020 Geneva Motor Show, and it's been over a year. Most carmakers have shown new products online because the exhibition was postponed and restricted to the public because of the virus.

Koenigsegg, however, introduced the Gemera and Jesko Absolut at a bizarre presentation within the Geneva Motor Show's halls. Luckily, these incredible hypercars will soon receive the attention they desperately desire.

Gemera and Jesko Absolut will mark their US auto show premiere during Monterey Car Week on August 13-15, according to a Koenigsegg statement on social media. This will be the first opportunity for the general public in the United States to witness Koenigsegg's latest hypercars in person.

"While our show cars have been touring the Americas, many of us haven't had the opportunity to meet and interact with you - our dear customers, fans, and dealers," Koenigsegg mentioned on social media. "We're looking forward to becoming a part of Monterey Car Week."

A 2.0-liter twin-turbo engine and three electric motors work together to produce 1,703 hp and 2,581 lb-ft of torque in Koenigsegg's first-ever four-seat muscle car. Only 300 samples will be produced. Jesko Absolut is a faster version of the normal Jesko that is meant to smash speed records. It's essentially Koenigsegg's response to the Bugatti Chiron Super Sport 300+.

It could easily surpass the 300-mph barrier, and Christian von Koenigsegg recently told CarBuzz that it should be ready at 330.5 mph, thanks to its exceptional aero and a 5.0-liter twin-turbo V8 delivering 1,280 horses and 1106 lb-ft. Gemera and Jesko Absolut will be accompanied by a special Regera and CCR, making the performance seem like a family gathering for Koenigsegg. 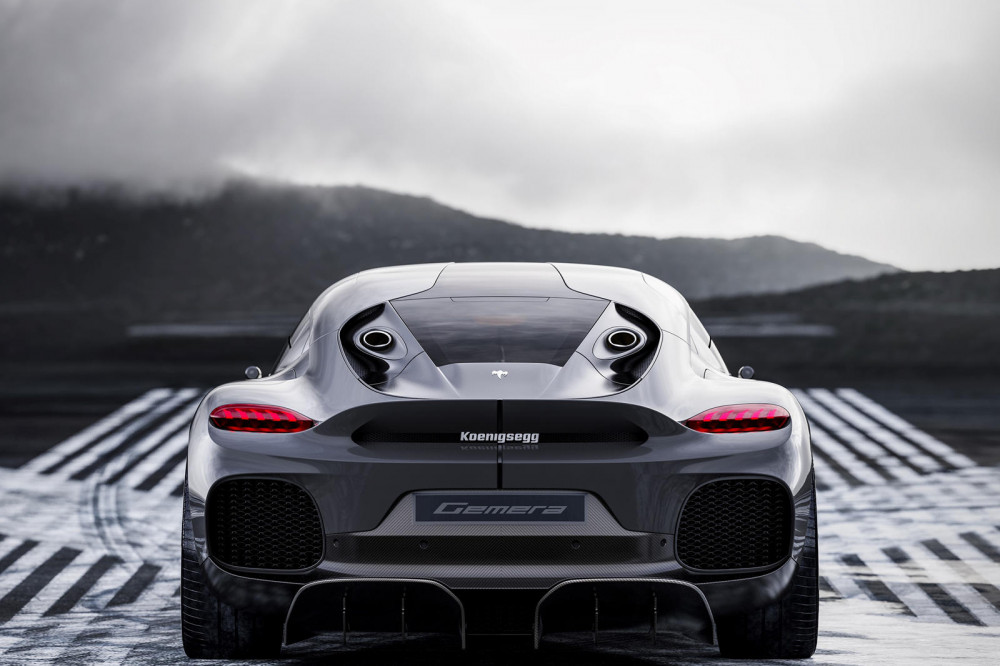