Hennessey has taken the Ram 1500 TRX, the most extreme pickup currently on the market, and given it a performance boost. That's a Mammoth 1000 6x6, right there.

"Everything we do at Hennessey Performance is turned up to 11, but the Mammoth 1000 6×6 is definitely turned up to 12," remarked John Hennessey. Other 6x6 manufacturers often don't provide any kind of power boost for their vehicles.

The Mammoth 1000 6x6 TRX, on the other hand, is different. Hennessey takes it a step further by installing a completely new and more powerful supercharger, as well as a host of other modifications such as updated injectors, a heavy-duty supercharger belt, and modified supercharger pulleys. 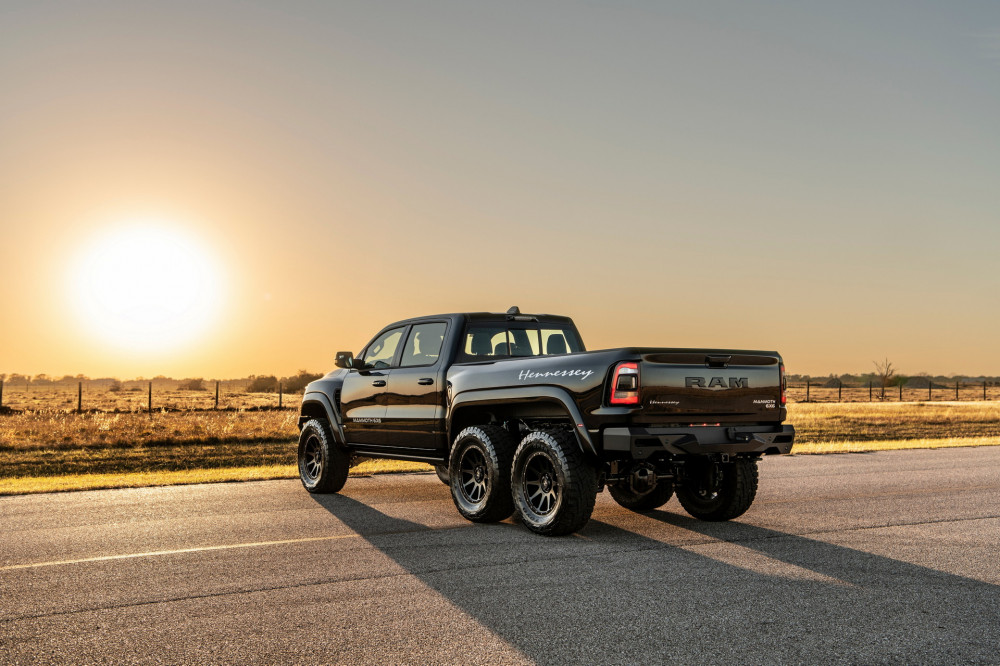 Hennessey expects the truck to have at least 1,012 horsepower after the chassis dyno tweaking is complete. Because of their focus on the finer points, they are able to provide a two-year/24, 000-mile guarantee on this Mammoth 1000 6x6 TRX starting at $449,950.