French YouTubers Sylvain Lévy and Pierre Chabrier have picked the Fiat Multipla as the subject of a wild tuning project that will make its debut at the 2022 Paris Motor Show. The 1,000 horsepower V8 engine, motorsport-inspired chassis improvements, and ultra-wide body kit make this the quickest Multipla yet.

Vilebrequin has shown off the finished product ahead of the world premiere in Paris, where the exact details of the model will be unveiled. 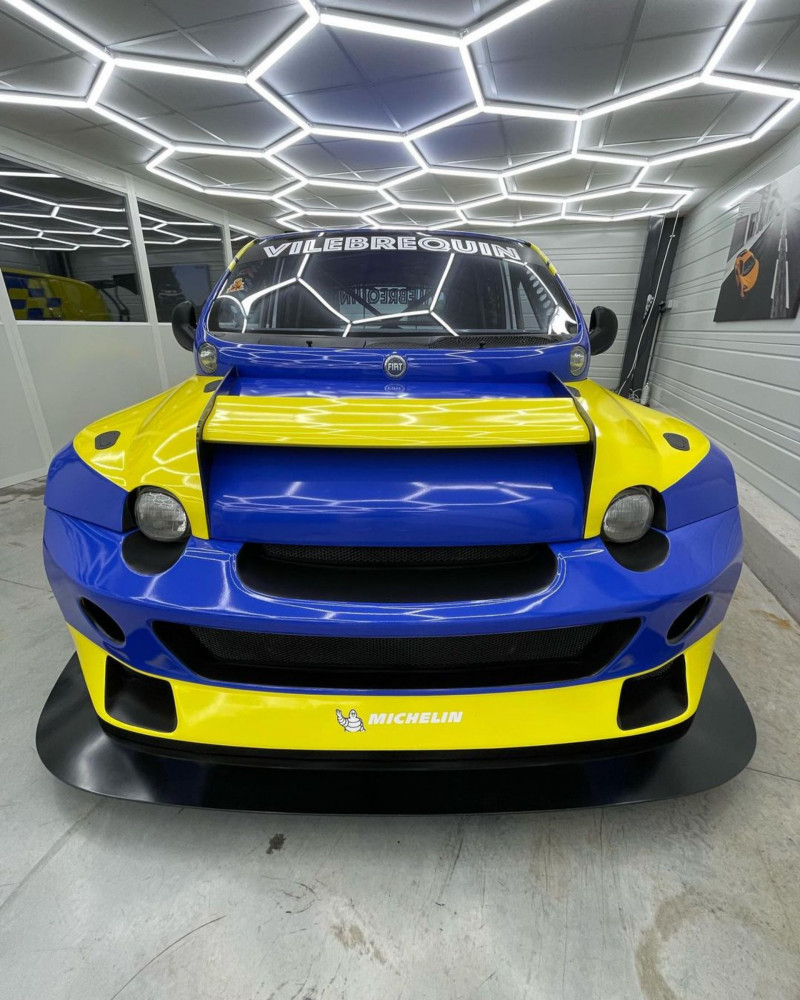 The vehicle, which is based on the first generation Multipla before the facelift (1998-2004), has had its doors reduced from five to three, and its bumpers and fenders have been reduced to accommodate the new aero. The centerpiece is the Multipla's much wider stance, thanks to the geometric front and rear fenders that include DTM-style embellishments. 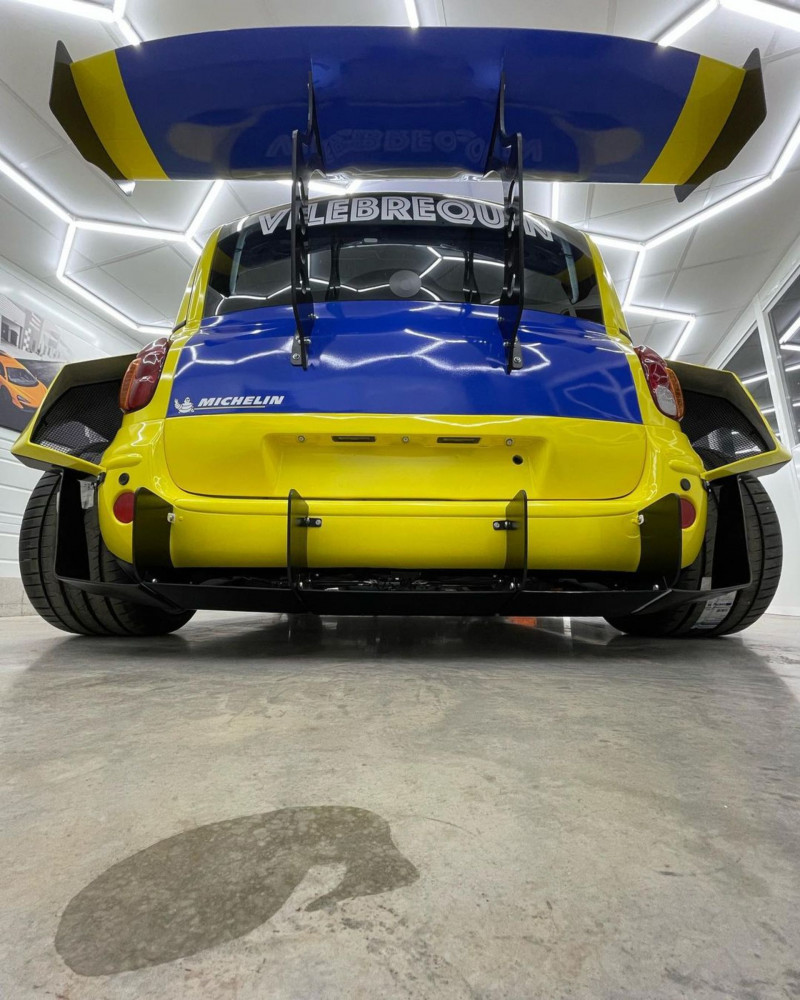 Cosmetic modifications include a large spitter on the front bumper, a spoiler installed on the bonnet, a huge rear wing, and a diffuser with see-through fins. W-Autosport is responsible for this insane body kit, which is paired with a one-of-a-kind set of wheels by Work and wide Michelin tires. Since Michelin is a major backer of the endeavor, its logo appears prominently on the blue and yellow livery.

As should be expected, the inside has been gutted, with the standard six-seater arrangement replaced with a two-seater layout to accommodate the massive transmission tunnel in the center. The Multipla's engine was reportedly taken from a C6 Z06 Chevrolet Corvette. The V8 has been fine-tuned to produce the desired 1,000 horsepower.

As a result of the additional power, the model's brakes, chassis, and suspension were all upgraded. The Paris Motor Show, which opens on October 17, is where we'll get our first look at the craziest Fiat Multipla yet built.