A few sketches of an interesting new concept car built by Lynk & Co. have been made public. The project was done with the support of the Chinese fashion brand inxxstreet and is centered around the 05 SUV. For the time now, it's unclear if the concept car will stay virtual or if Lynk & Co will construct a real vehicle.

The 05 SUV serves as a foundation for the concept, but there are many differences between the two. Only the front end features a recognizable pair of headlights, but the rest of the vehicle is completely unique. 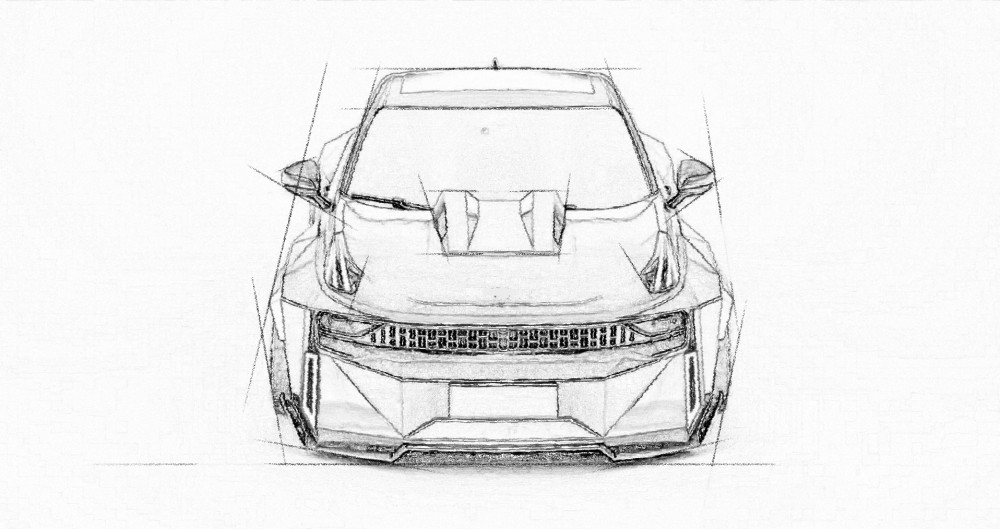 The body comprises a different front fascia with a striking front bumper, a sleek grille, and sharp LED daytime running lights. Bulbous front and rear wheel arches carry the dramatic appearance along the sides of the 05. Also worth noting are a pair of aero disc wheels inspired by rally cars. Lynk & Co has added more design alterations to the 05's rear, including a noticeable lip spoiler, a crazy bumper, and four huge tailpipes.

According to reports in the area, the concept's powerplant will be identical to that of the 05. This indicates a 2.0-liter turbocharged motor with 250 horsepower and a choice of an 8-speed automatic or manual gearbox. Outrageous in the most literal meaning, if the automobile is ever shown to the general public, there is no question that it will attract a lot of attention.