Moto Guzzi Griso, which was only produced from 2006 and 2015, bridged the gap between cruisers, cafe racers, and sportbikes. When Blacktrack Motors' Sasha Lakic got his hands on a Griso, though, he was all in on the model's café racer potential.

The four-valve, 1,151cc longitudinal V-twin engine, gearbox, and shaft final drive were all kept, but the rest of the bike was scrapped. Lakic enlisted the help of Moto Guzzi experts Guareschi Moto to convert the bike into a specialized track killer. For race events like the 2022 Fast Endurance Trophy and Italy's Motorally Series, the Italian Moto Guzzi dealer and custom shop regularly partner with the OEM.

The Guareschi brothers built a tubular frame that weighs under 26 lbs for Blacktrack Motors' BT-05 Cento Moto Guzzi Griso. Lakic adds a fully adjustable Öhlins FGRT front end and an Öhlins TTX monoshock to the Guzzi's CARC swingarm to round off the platform.

Brembo binders bring the 385 lbs Goose to a halt, while Marvic magnesium rims further reduce the build's fighting weight. Lakic not only reduces the Griso's weight by 110 lbs, but he also increases the engine's displacement from 1,151cc to 1,380cc. The displacement increase, along with a bespoke Zard exhaust, boosts performance to 136 hp and 106.2 lb-ft of torque. 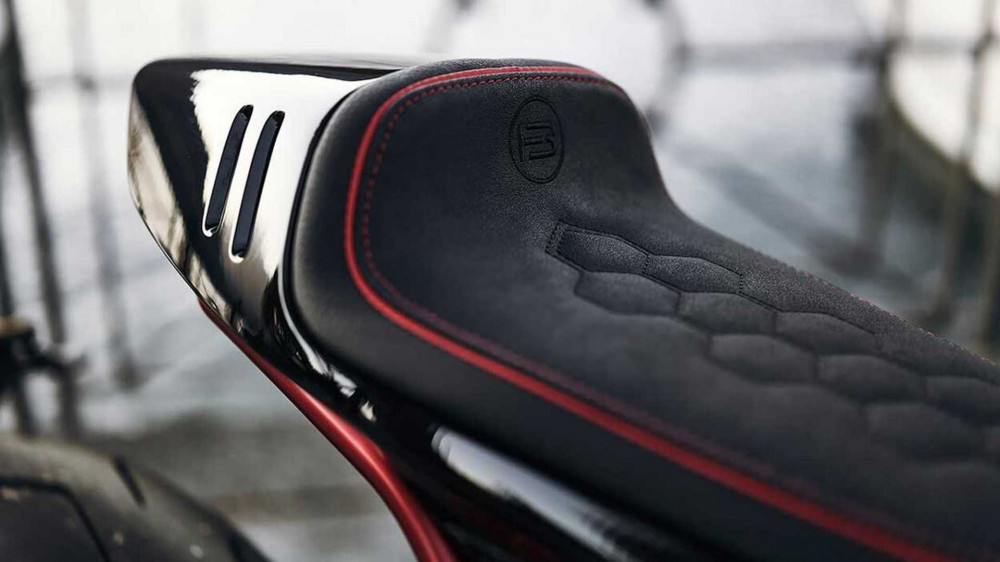 Lakic covers the bespoke café racer in carbon fiber and aluminum body influenced by the Moto Guzzi 850 Le Mans once the chassis and engine are tuned in. The modification is finished with a new Motogadget Motoscope instrument panel, milled levers, racing switches, and clip-ons. Blacktrack Motors' latest model, which starts at €117,900 (USD 133,700) and is restricted to 10 units, seems more of a collector's item than a true race bike.