The Alfa Romeo Scighera made its world debut at the 1997 Geneva Motor Show. It was based on the Alfa Romeo 164 and featured a 3.0-liter V6 Biturbo engine with 400 horsepower and all-wheel drive. Due to its lightweight aluminum body and carbon-composite frame, it weighed only 3,196 pounds.

The concept had sufficient power to reach a decent maximum speed of 186 mph. Notably, it was Alfa Romeo's conception of a street-legal race car with an innovative body designed by Italdesign. 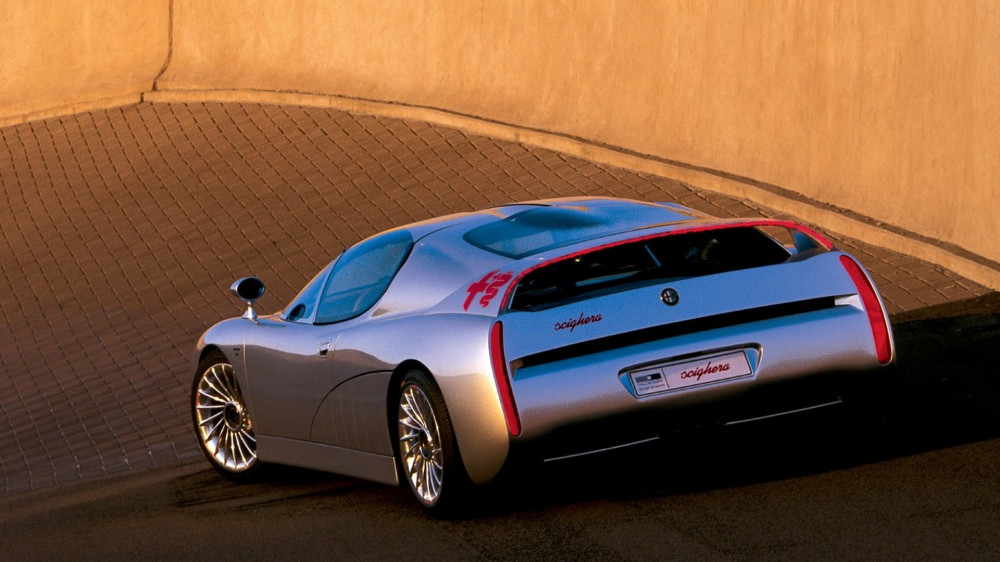 Italdesign came up with the clever idea of installing a removable, electrically-operated gullwing system instead of integrating the windows into the vehicle's door panels. Due to the thin A-pillars, the wraparound windshield at the front, which was inspired by vintage cars from the 1950s and 1960s, gave the driver a superb view. 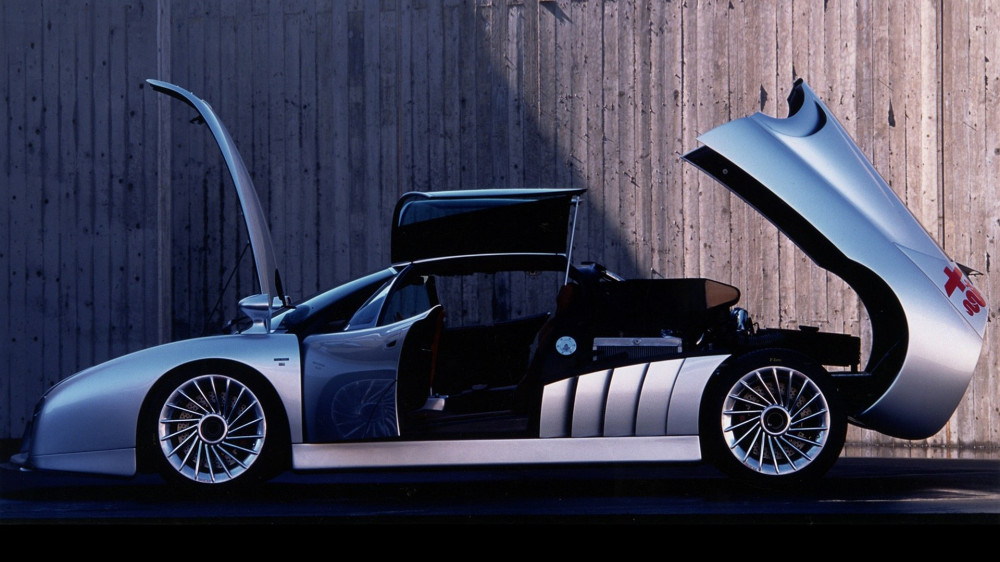 A V-shaped hood that emerged directly from the grille and a bumper with F1 styling were also seen. The rear of the Alfa Romeo Scighera was equally impressive. Three exhaust tips were located in the middle of the bumper, and in addition to the two taillight bands, the wing also had a third brake light. 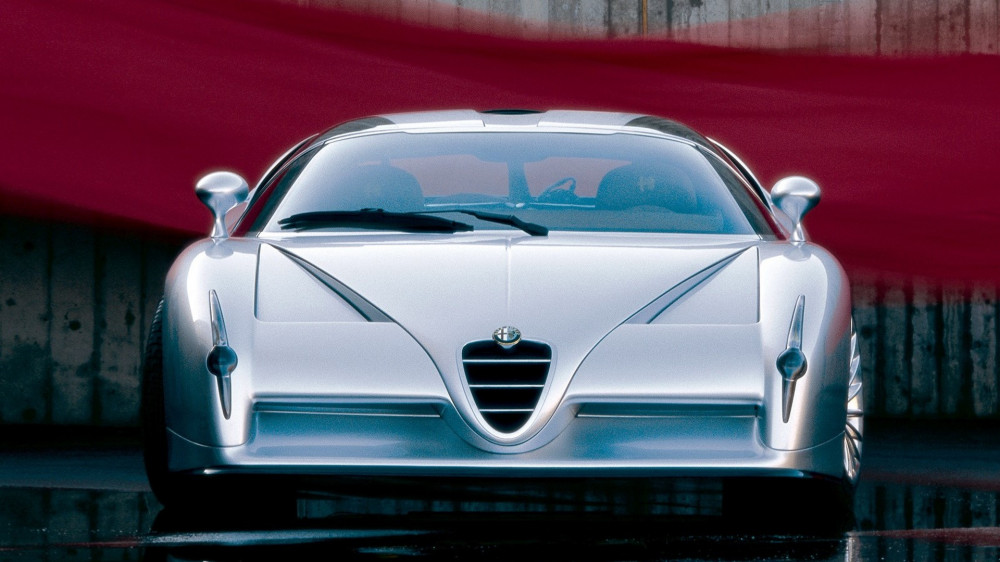 The hood and rear fenders were constructed as a single unit and had a two-stage opening system. The driver utilized the first position to refuel because it cleared the fuel cap, and the second position opened up access to the motor.