This is the engine that powers both Revo GR Sport models. The suspension, body kits, accessories, and, most significantly, the aspect that the low-riding version is RWD while the high-riding variant is AWD with differential lock distinguishes them. Hilux Revo GR Sport has a strengthened SuperFlex Suspension system with Monotube Shock Absorbers.

The low-rider has a simpler setup but sits 23 mm (0.9 inches) lower to the ground, making it more competent in terms of managing and less geared toward off-roading. Both versions have front disc brakes with red brake calipers and back drum brakes. The low-rider is equipped with a stylish body kit that comprises front bumper aerodynamic extensions, side skirts, and a rear diffuser.

A body-colored grille frame, a shiny black finish on the false intakes, and a series of decals complete the sporty appearance. The pickup rides on black-painted 17-inch wheels with tarmac-oriented tires, in addition to the lowered suspension. The Hilux's wheels appear to be fairly tiny, and they may definitely require some spacers to line with the robust fenders. 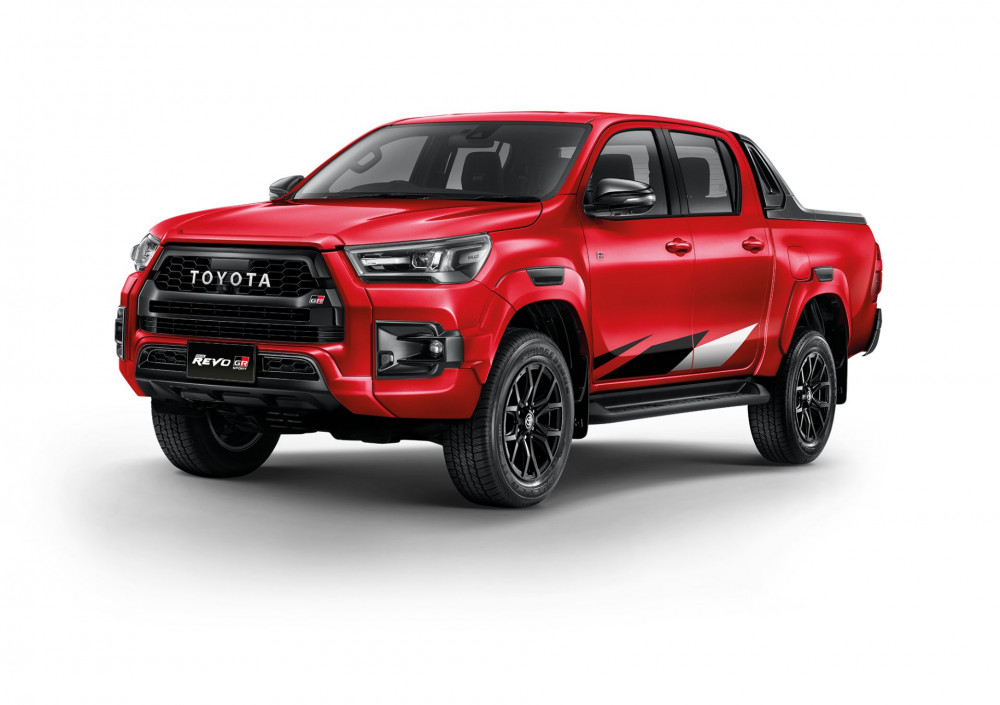 Only three outside colors are available: white, red, and black. Aside from that, the standard Hilux Revo GR Sport tends to be relatively tough, due to the significantly greater ground clearance and wider 18-inch wheels, as well as the strengthened suspension and AWD setup.

The redesigned bumper features integrated fog lights and underbody shielding, while the bigger grille includes Toyota branding and the GR logo. Wheel arch extensions and side stairs are included on the profile for better access to the interior. Mudguards, a sports bar on the back bed, and colorful badges on the side doors, and a tailgate are also included. 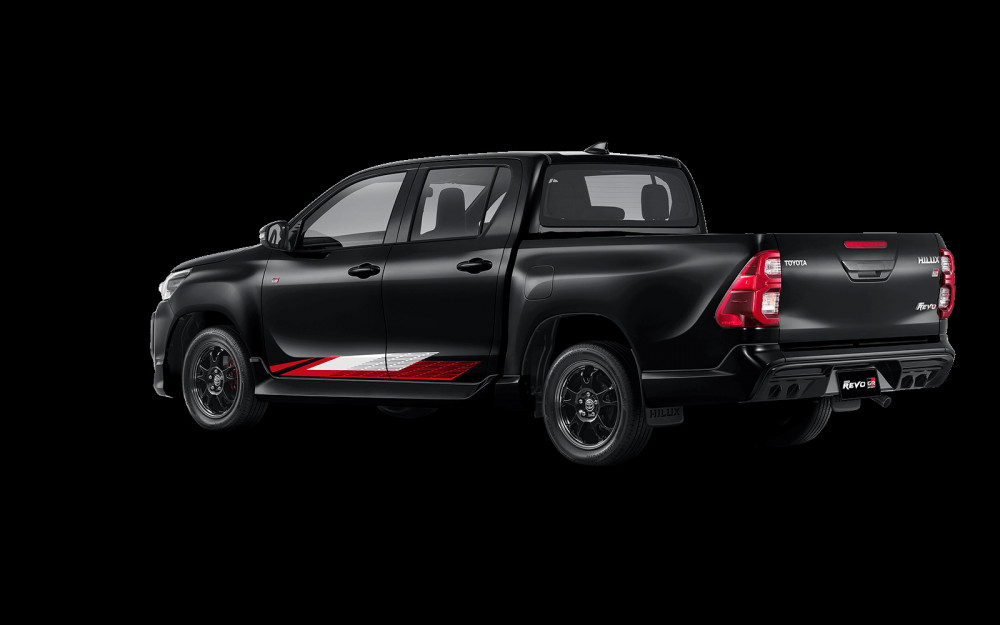 Inside, the high-riding variant has black suede/faux leather upholstery with red stitching, while the GR-branded sport seats with incorporated headrests give additional support. The aluminum pedals, the red accent on the steering wheel, and the GR symbol on the instrument panel, and the start-stop button are all sporty touches. 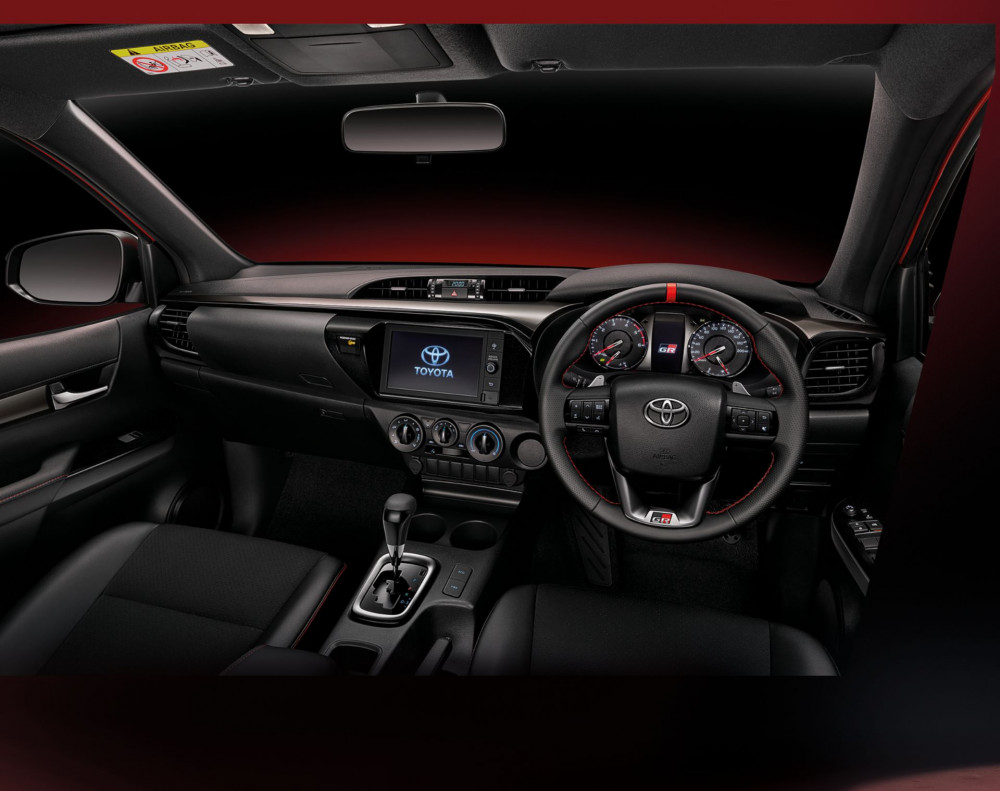 The 2022 GR Sport, like the higher trim levels of the standard Hilux, has an 8-inch infotainment touchscreen. In terms of security, the high-riding variant has seven airbags instead of three, as well as the Toyota Safety Sense suite of ADAS technologies.

Hilux GR Sport, however, has nothing to do with the speculated GR Hilux, which is expected to be far more robust and competent off-road as the range's real flagship.