At least in some form, the Chevrolet Chevelle Super Sport has returned. Trans Am Worldwide showed off the Chevrolet 70/SS on Saturday. It has 1,500 horsepower, a manual transmission, and looks like it came out in the 1970s.

Trans Am Worldwide co-founder Tod Warmack stated that the 70/SS has been in the works for seven years. It is the same staff that brought back the Bandit Trans Am with Burt Reynolds and developed the 455 Super Duty Trans Am.

Chevrolet 70/SS will be available in three trim levels, with the base model driven by GM's LT-1 6.2-liter V-8 with 450 horsepower delivered to the back wheels. The mid-trim vehicles will have a Magnuson supercharged 396 V-8 motor with unknown performance.

Just 25 of the range-topping cars will be built, and they will employ Tran Am Worldwide's LS6/X 454 V-8 motor with 1,500 horsepower and rear-wheel drive. Manual and automatic transmissions are available.

With quad LED headlights, horizontal LED taillights, a twin exhaust, and two bands down the length of the vehicle, the overall look is total nostalgia.

In line with the car's overall appearance, the Camaro's soft-top was kept. With the exception of some recolored trim pieces, a Hurst shifter, restored leather seats, and a steering wheel that looks like it came from a C7 Corvette, the inside is pretty much identical to the Chevrolet Camaro. 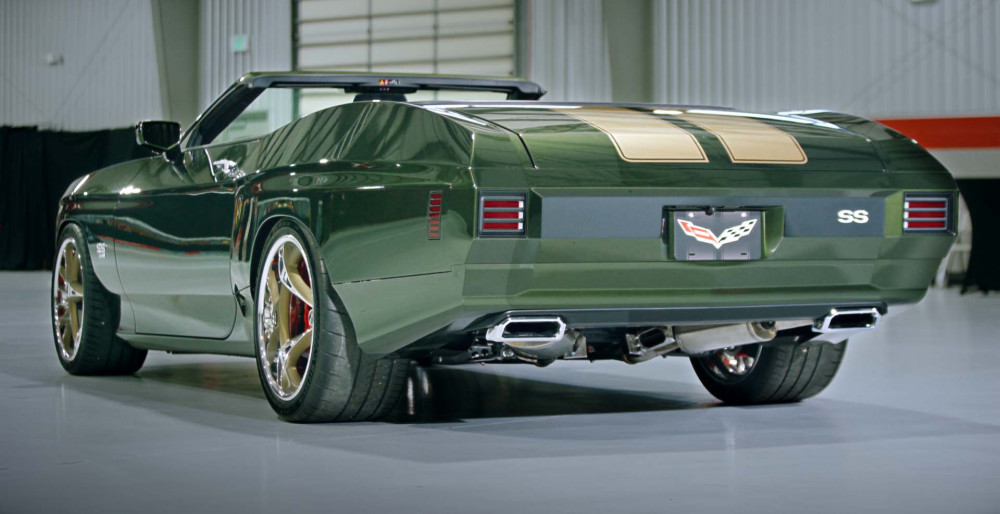 The base price of the Chevrolet 70/SS is $150,000, with customization bringing the price up.