To compete with the Ford Ranger Raptor, Toyota Hilux is still lacking a severe off-road model, but tuners like Rad are filling the void. A rugged and capable bodykit and suspension improvements are available from the Thailand-based tuner for the Toyota Hilux Revo.

The custom grille, metal off-road bumpers, bonnet scoop, roof-mounted LEDs, fender extensions, and bulged tailgate make this the toughest Hilux yet. In addition, a new set of mud-terrain tires have been installed on the pickup's wheels. While increasing the Hilux's off-road capabilities, the Old Man Emu suspension offers a 2-inch (51 mm), 4-inch (102 mm), or 6-inch (152 mm) raise. The raised truck has side stairs that automatically recline for ease of entry and exit. There are no engine adjustments mentioned by the manufacturer. The 2.8-liter turbodiesel with 201 horsepower and 368 lb-ft (500 Nm) of torque is the most powerful engine in the Toyota Hilux lineup. 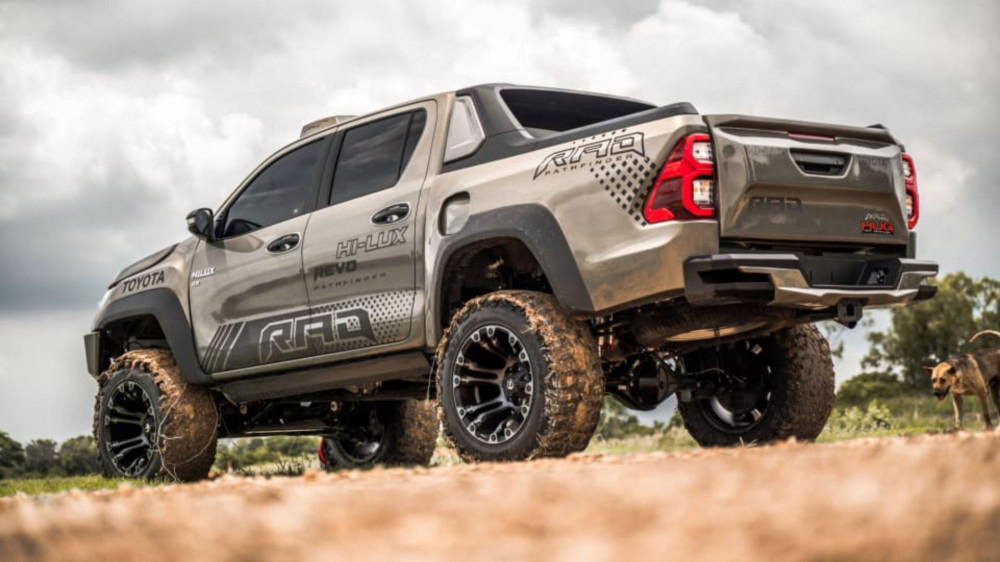 The bodykit shown here costs $6,060, but Rad also has several other alternatives available for Hilux owners who want to customize their vehicle. The current Toyota Hilux, which is the eighth generation, went on sale in 2015 and has seen two major updates since then. The Rugged X model is available to clients in Australia, while the Mako is available to those in New Zealand.