In September of 1960, Mini began selling the Mini Pickup, which would later become the foundation for Cummins' ice cream vans. One of these cute little cars even made it into the historical collection of BMW Group Classic. In the 1970s, Cummins began mass building the vans.

The bed of the truck was made more accessible by removing the top and the back wall of the cab. The vehicle was transformed into an ice cream truck by adding a special top with large, wide windows and huge sliding doors.

The pink paint job stands out, especially with the Lollies Ice Cream stickers and the Tom and Jerry pattern on the back. The vans were marketed by Cummins in the UK and internationally, however they did not have a very long lifetime. 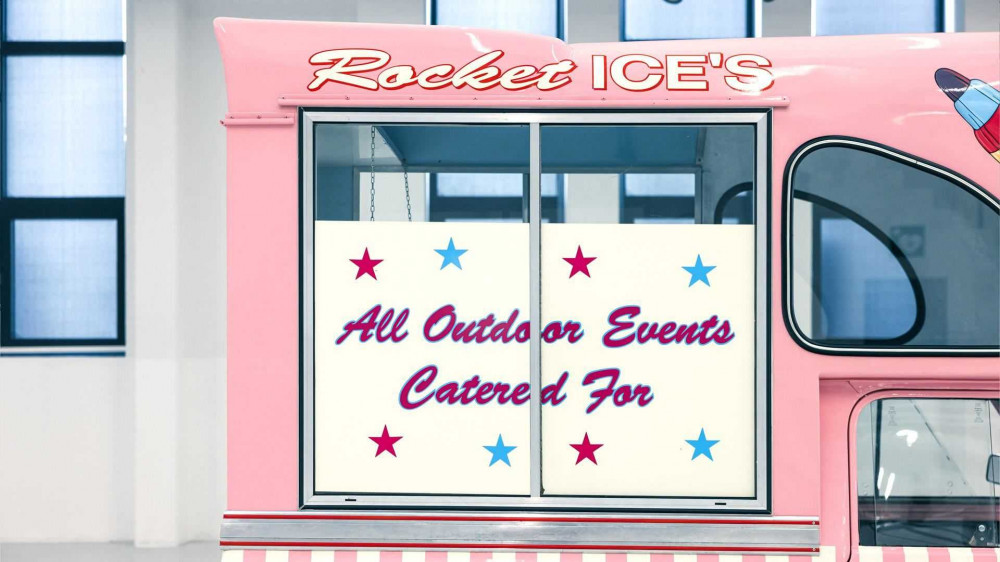 There aren't many remaining, and the price of keeping them up might be exorbitant. Other Mini Ice Cream Vans had varied designs and features, but none were as well known as Cummins' model because of its distinctive bulging roof. Because of its protruding roof windows, the vehicle was given the moniker "Batmobile Mini."

According to reports, several compared them to the double-bubble windshield of the batmobile from the "Batman" TV program from the 1960s. That is up to you to decide. A rival manufacturer, Whitby Morrison, who also made ice cream vans, bought Cummins in 1998, but that didn't freeze production of the Mini Ice Cream Van.

As such, Whitby produced one duplicate for an unkown company. Both the Mini Ice Cream Van and the Mini Wildgoose are based on the BMC Mini van platform. The camper had enough space for four people, a double bed, storage spaces, and was driven by a four-cylinder engine producing 34 horsepower.