The new widebody package for the Tesla Model S Plaid has been unveiled by Competition Carbon and will be on display at this year's SEMA Show in Las Vegas.

The revamped front fascia, which comprises a unique bumper with redesigned air intakes and a massive front splitter, starts the alterations. With expanded front and rear wheel arches, as well as enlarged side skirts, Competition Carbon's enhancements proceed down each side. 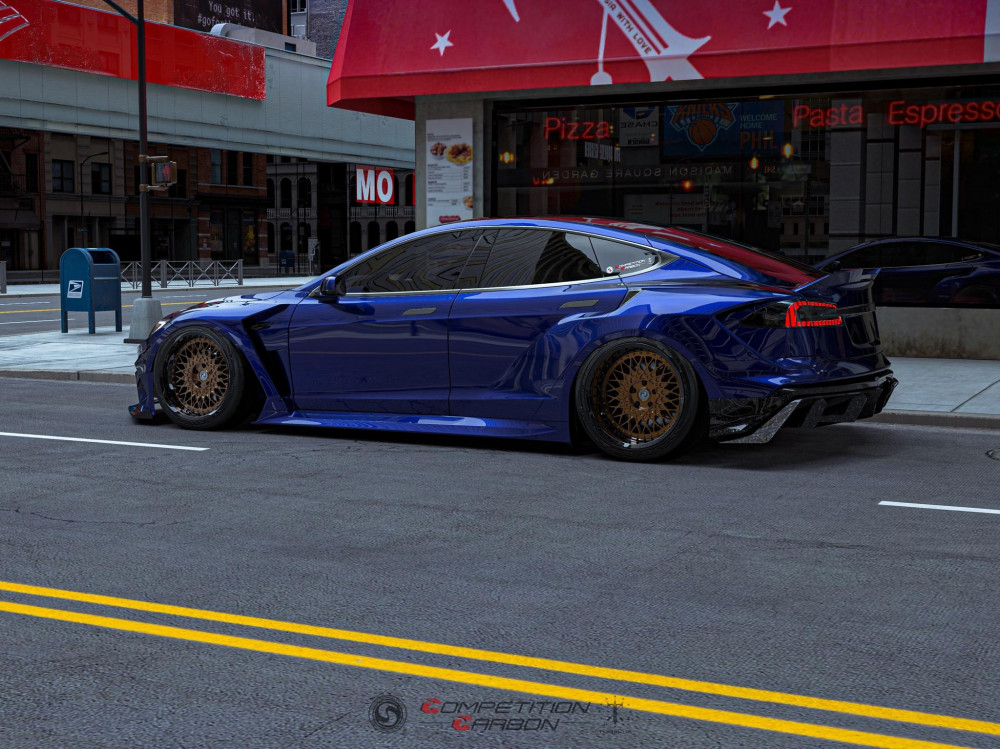 Additionally, the Tesla Model S Plaid's appearance has been enhanced with the addition of tightly-spoked aftermarket wheels and a decreased ride height. The back of the automobile had several modifications to complete the makeover. A massive lip spoiler and a redesigned bumper with a carbon fiber diffuser are included. More information on the widebody kit will be released at a later time.