With very little time ago we presented you the first pictures of the new generation of the Porsche Panamera, captured by spy photos during testing. And today the German sport sedan returned again to our attention.

Now we have the opportunity to look more carefully at the shapes of the next generation just as the Germans had hidden just the headlights of the car. As we were saying earlier, the new Panamera enjoys an evolutionary rather than revolutionary design. The front of the car got even more sporting and elegant showing rounded forms and the front bumper now recalled more than 911 athletes. 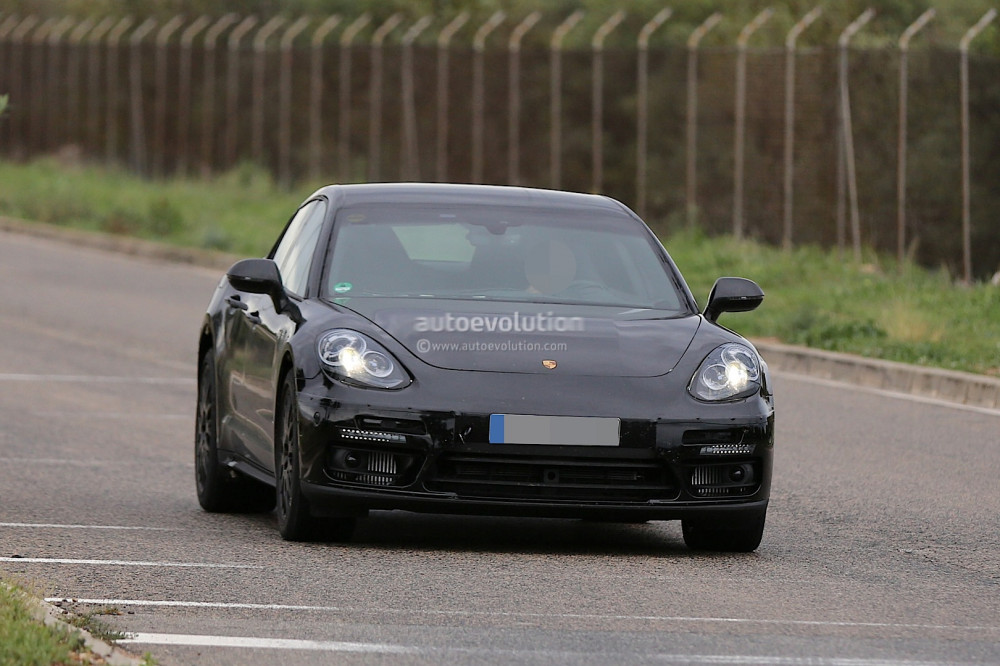 At the rear, the designers have worked something more to hide the rounded proportions of the old model, and now that the lights will be smaller, the effect of a slim silhouette is guaranteed!

In terms of numbers and technology should know that his successor Panamera is built on MSB and so managed to escape of about 91 kilograms, and with the adoption of the new V6 and V8 engines can safely say that the new model will be even more efficiently. Like the previous generation, the new Panamera will be available in two versions with the rear-wheel drive and all-wheel drive.