Fans of American muscle cars will be extremely surprised by the latest tuning project from Shelby based on an engine with just 4 inline cylinders. 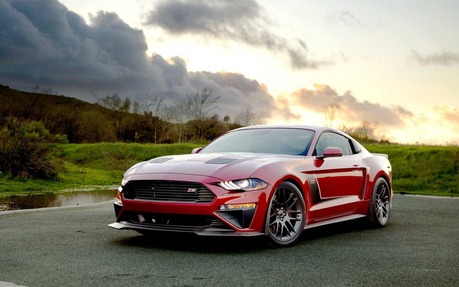 For the first time in the last twenty-plus years, the legendary Ford Mustang can be ordered with a supercharged engine with four cylinders and a capacity of 2.3 liters.

The EcoBoost version is offering approximately 310 horsepower with factory settings but has huge tuning potential. This is why Shelby decided to work their magic and after changing the Control Unit and the exhaust the EcoBoost is pumping out about 335 hp.

They added some visual modification to the exterior and equipped the car with 20-inch wheels.

Inside, the list of goodies is limited to headrests and special plates on the center console, both branded with the logo of the famous tuning company.

According to the official press release, the price for the Mustang EcoBoost will amount to $23,995 and it does not include, of course, the cost of the American muscle car.