Max Biaggi, a famous MotoGP rider, climbed on a customized Venturi Voxan Wattman electric motorcycle last week and took a top-secret trip down an abandoned NASA runway in Florida, the same one where the Space Shuttle used to land.

He set 18 land speed records for electric motorbikes in the process, including the highest speed of 283 mph averaged across two rides, one in each direction. Max Biaggi shattered his own electric motorbike speed record, which he established just a year ago when he clocked 253 mph on a prior version of the Wattman. 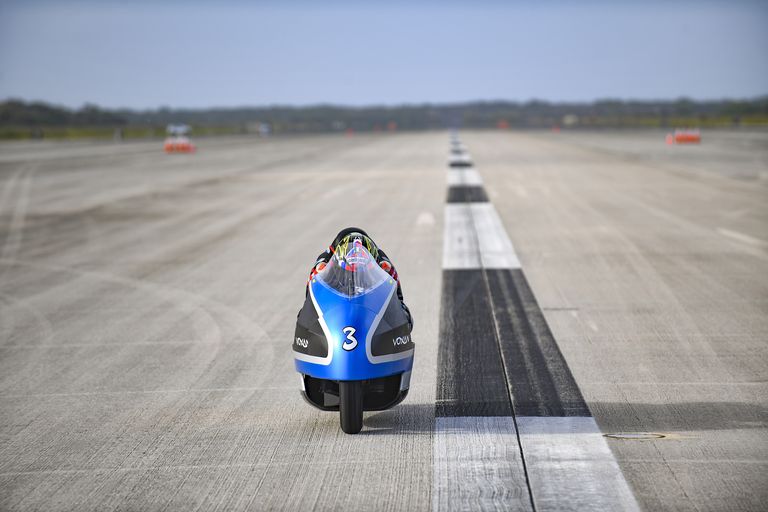 The Wattman was outfitted with a slew of high-speed components. The battery was replaced with a more powerful and lighter one. The engine was tuned to generate 435 hp. For increased accuracy, the double-wishbone suspension was revised. Most crucially, the bike was fitted with a specially designed aerodynamic fairing that resembled one side of a Volkswagen XL1. However, it didn't help much with noise reduction.

So, now that he's broken his own record, what's next for Max Biaggi? What a great question.