Today's beauty is a diamond. Yes, it is actually called this way - Lamborghini Diamante, an aggressively designed sports car that won't let you unmoved.

The body of the car has unique sharp angles combined with sensual curves. The special forms aren't meant to bring joy to the eye, exclusively, but they also have an aerodynamic role, helping the car be easier to manipulate in certain situations. 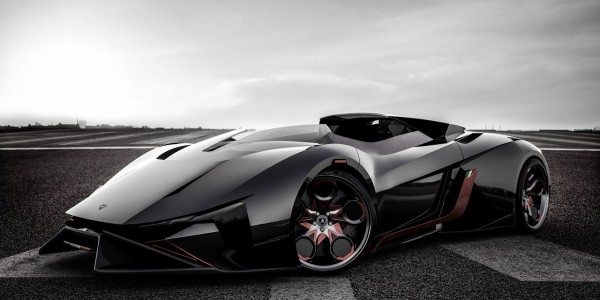 Another awe-inspiring thing is that Diamante powers the set of four electric engines. There is also a pair of micro-jet turbines, which are producing constant energy, which goes directly to the 15 kWh lithium-ion batteries.

The author of Diamante is called Thomas Granjard, the concept representing his final graduation project. As you can probably understand from the car's name, its shape has been inspired by diamonds and the Lamborghini iconic body. Oh, by the way, this isn't an official Lamborghini concept, although it has been created as a tribute to Lambo's 60 year anniversary.