Kawasaki has been experimenting with an electric bike for a decade. At the 2019 EICMA event in Milan, Yamaha unveiled a two-wheeled electric prototype that resembled a scooter or moped. That exhibition bike's e-motor went at 13.5-hp and reached 27-hp.

Many patent claims over the last two years indicate Kawasaki's ambitions for a hybrid motorbike, which may include forced induction. Motorcycle.com just uncovered a patent for an electrified supercharger. There aren't many patents for drivetrains, so it's difficult to ascertain what Kawasaki's end conclusion will be. 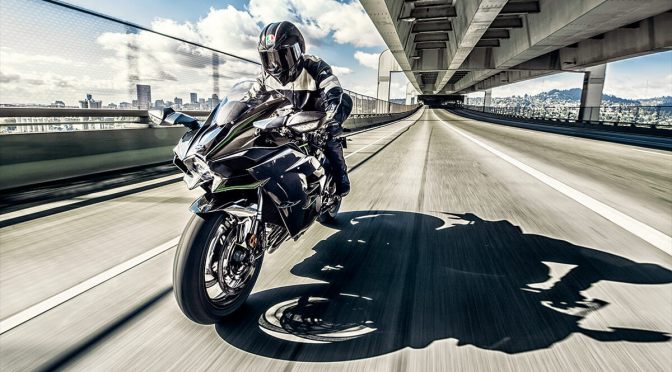 The Endeavor EV concept from 2019 used a Ninja 300/400 tube frame with a huge detachable battery. The powerplant was mated to a four-speed motorcycle gearbox instead of six. Although the Ninja 300 develops just under 40 horsepower and the Ninja 400 produces 44 hp, performance is believed to be identical.

A tiny electric engine added to the ICE or powered the bike on its own. These patents also depicted a "Boost" button that would "modify the torque output characteristics to increase the power torque of the hybrid source of power." The boost button's location differed on the bike. The company adopted to patent the term "E-boost" in Japan in May.

Kawasaki already offers four supercharged variants, H2, H2R, H2 SX, and Z H2. It can run the bike alone, or assist the combustion engine as a true hybrid in HEV mode, and drive the supercharger when the ICE is driving in Normal mode. The e-motor rotates at roughly 5,500 rpm to generate a weak supercharging for the combustion engine in light throttle settings while still attached to the input gear via a clutch. The clutch disconnects the e-motor from the input shaft, allowing it to run at speeds up to 15,000 rpm to fully feed the supercharger. It's currently considered that E-boost is for the full-power supercharger condition, not the electronic output.

All we know for now is what Kawasaki motorcycle president Hiroshi Ito said, which is that "novel new street motorcycles, our new electric, hybrid, and hydrogen power source projects, and off-road motorcycles, would be seen "in the near future."