Hyundai has released the first official pictures of the Casper, the company's entry-level A-segment SUV set to debut before the close of the year. Through Casper's website, the firm established a timeline for early bid reservations for clients in Korea.

The AX-1-based SUV was first discovered during testing in February and teased in a series of pictures released in May. The title Casper is most often linked with the tiny ghost figure, but according to Hyundai, it was called after Bobby "Casper" Boyden's renowned skateboard-flipping move from the 1970s. 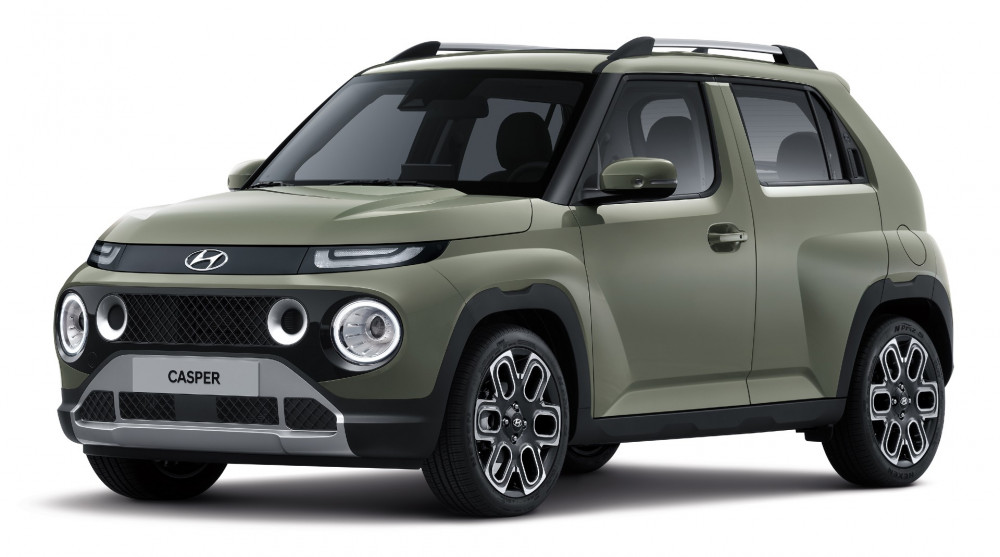 The huge circular LEDs on the front bumper, which are part of the split-headlights, are Casper's distinctive design element. The standard model has a silvery parametric grille, but the active version has a dark grille with extra round intercooler vents, indicating the existence of a turbocharged motor. The proportional taillights are merged with the rear glass at the back, while the circular reflectors match the front end's appearance. 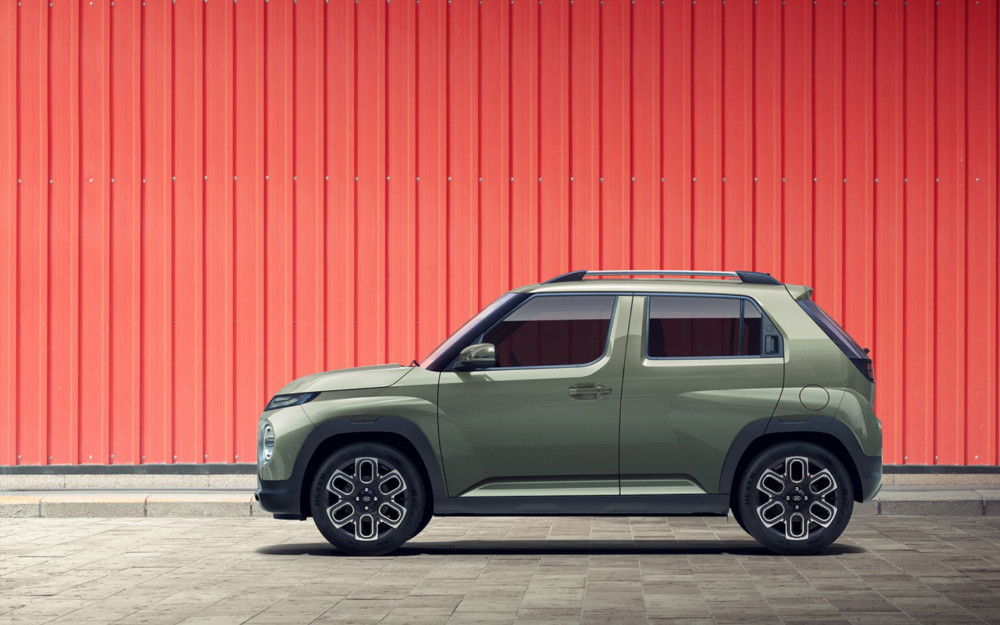 Skid plates, plastic cladding all over the bodywork, a dramatic bonnet, boxy fenders, and roof rails, along with the considerably large ground clearance, give the vehicle a purposeful SUV aspect.
Hyundai Casper is said to be 3,595 mm long, 1,595 mm wide, and 1,575 mm tall, with a 2,400 mm wheelbase, according to local media.

These figures make it substantially smaller than Hyundai's B-SUVs, such as the Bayon, Creta, Venue, and Kona, which are sold in various regions of the world. Hyundai's new SUV is built on the K1 platform, which also supports A-Segment vehicles such as the Hyundai i10 and Kia Picanto. Two three-cylinder petrol engines will be available for the Korean market. 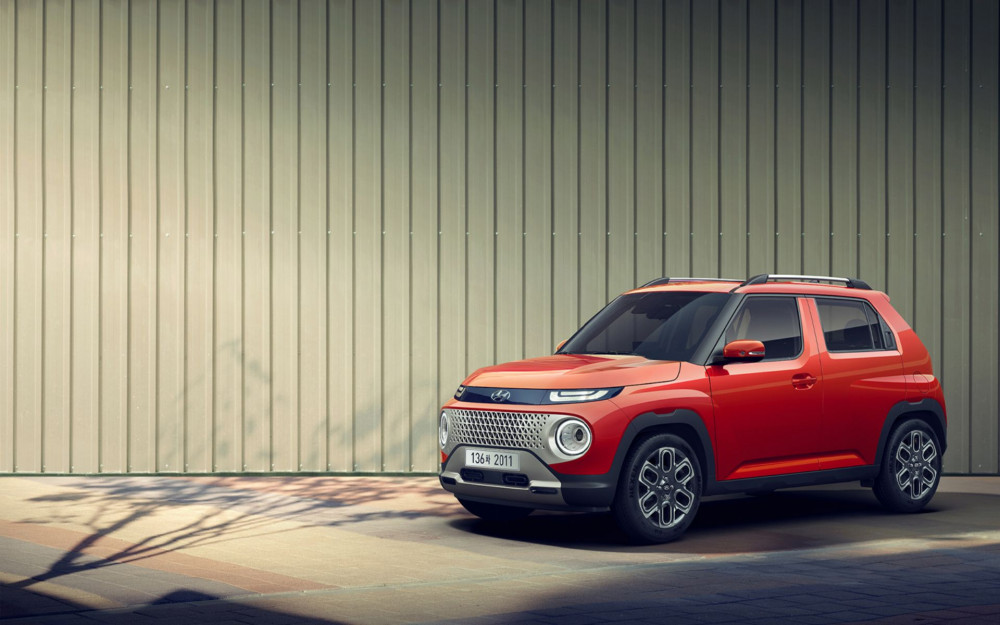 In the Hyundai i10, these engines produce 75 horsepower (56 kW / 76 PS) and 99 hp (74 kW / 100 PS) when paired with a five-speed manual or automatic transmission. It's fair to infer that the same arrangement will be utilized in the Casper, which will most likely only be available in front-wheel drive.

Hyundai Casper is anticipated to be sold to India, where it is planned to be equipped with the normally aspirated 1.2 Kappa MPI four-cylinder motor used in the Hyundai i10 Nios, which produces 83 horsepower (62 kW / 84 PS). Last but not least, a completely electric model based on a BorgWarner integrated drive module (iDM) might be available in mid-2023.

In the coming months, we hope to hear more about the Hyundai Casper. Production is expected to begin on September 15th in Korea, so the formal premiere and commercialization shouldn't be too far away. Hyundai has not stated if Casper will be available in other areas.