This concept car is based on Challenger, which has served as a start point for lots of concept cars since 2008.

The original Challenger engine has been left untouched in this concept car, HPP focusing on the body around it more. The chassis has been individualized so that it reminded the iconic 1969 Dodge Charger Daytona, a motorized monster on a 7-liter engine.

The front spoiler, the hood, the lights, and the grille has been modified so that an original looking cone nose could fit among all these details. The exhaust system has been touched by progress, as well, it being redirected and ventilated from both lateral sides, using a set of 4 exhaust pipes. 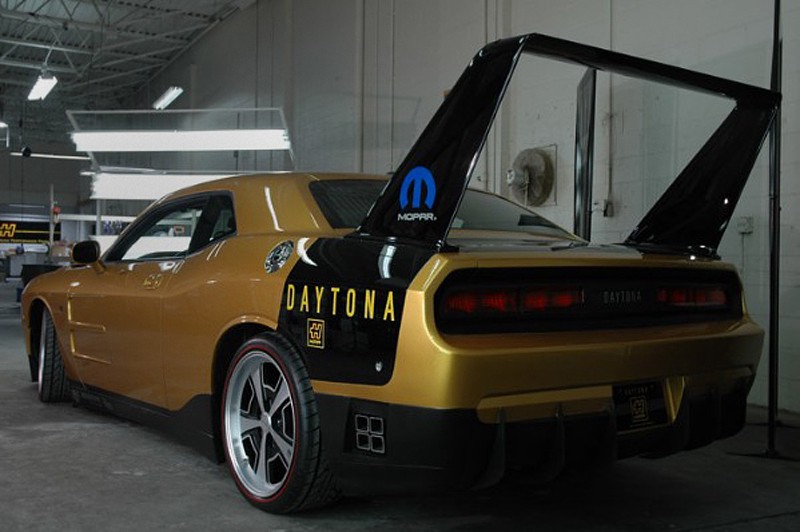 The interior of the car isn't impressive, at all. The car works on a supercharged HEMI engine, with a total capacity of 5.7 liters.