After releasing the world-record-breaking Venom F5, Hennessey plans to launch its first all-electric automobile, a six-wheeled grand tourer priced at $3 million. The electric vehicle, codenamed Project Deep Space, will include the main driving position as well as a diamond-shaped four-seat arrangement.

It will be almost 6 meters long, according to John Hennessey, and should be the quickest four-seater. Work on the production automobile, which is expected to debut in 2026, has already commenced. There will be no more than 105 instances. 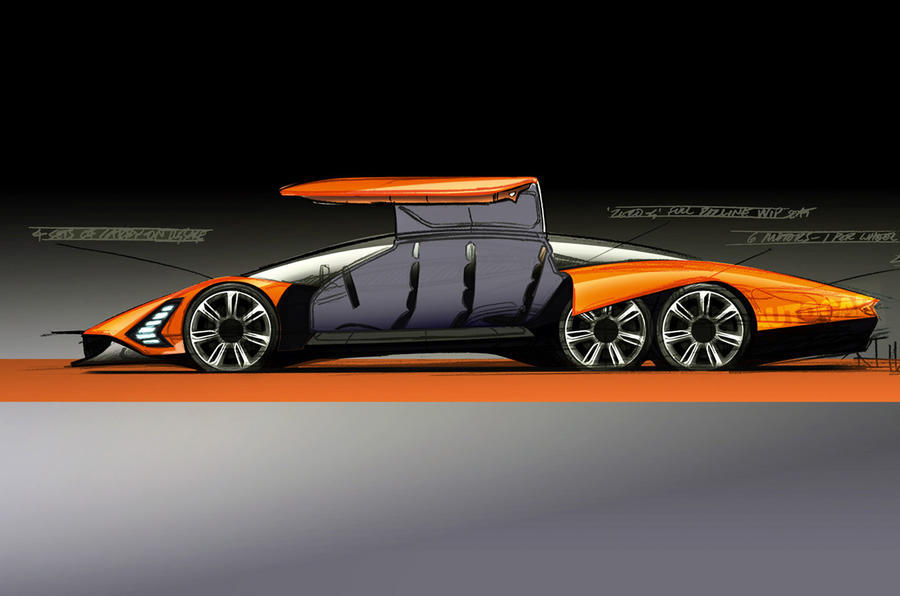 To get optimal traction, the automobile will have an engine on each wheel. Pennzoil, which is owned by Shell, and Delta, which is owned by Cosworth, are both working on the Deep Space powerplant. The Deep Space would be considerably stronger than the Lotus Evija and Pininfarina Battista electric hypercars, with an estimated output of roughly 2400 hp.

In fact, Hennessey has already sold one, to the proprietor of the Venom F5 that the company unveiled at Pebble Beach in August.