To compete with the Porsche Cayenne Turbo GT or Lamborghini Urus would require Audi's RS Q8 to be positioned higher in the Volkswagen Group's hierarchy. And even if it's not the most desirable version of Ingolstadt's flagship SUV, this one-off 2022 Audi RS Q8 version is nonetheless appealing. It's called the "1 of 1 Qatar Edition" and the purchaser had to wait a year to get it.

From the inside, the 2022 Audi RS Q8's contrast stitching matches the exterior's Austin Yellow paint job, which was purchased through Audi Exclusive's catalog as an optional upgrade.

With the help of ABT Sportsline, Audi Sport's flagship SUV already boasts a twin-turbo 4.0-liter V8 ECU tuned by ABT Sportsline. Another new feature is an Akrapovic bespoke exhaust system, which provides a raspy soundtrack you'd expect from an actual supercar, rather than one that sounds like it came out of an SUV. 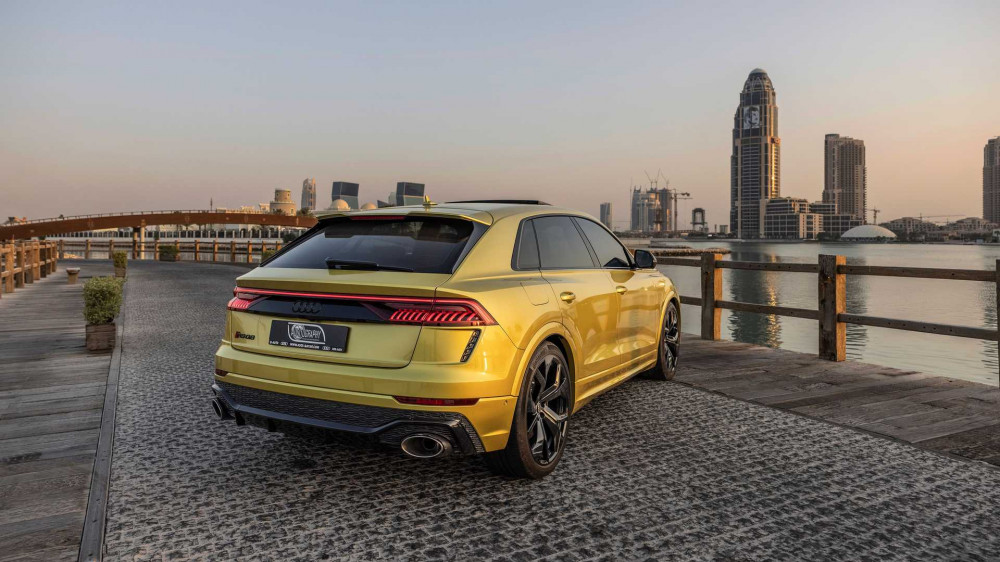 So, getting your hands on one isn't going to be cheap, especially given the base model starts at $115,400 in the United States. Those 23-inch wheels with a 5-Y-spoke rotor design cost an additional $3,250, while the Audi Exclusive paintwork costs an extra $4,800. 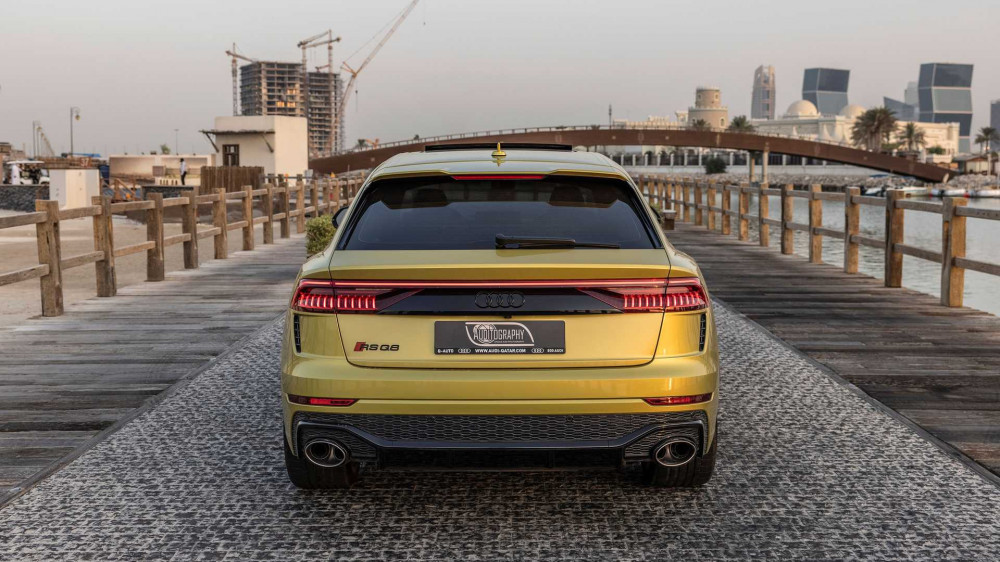 However, let's not forget that the mechanically similar Porsche Cayenne Turbo GT starts at $182.150, while the Lamborghini Urus goes well over $200,000 before you add any upgrades.