TopCar said last year that they will create 13 units of the carbon-bodied Porsche 992 Stinger GTR Limited Carbon Edition centered on the 911 Turbo S, and the Russian tuner has now revealed one of them in brown carbon fiber. The car's whole exterior is composed of carbon fiber, and the kit includes 84 components that replace every factory panel save the lighting units and the greenhouse.

The new sections are comprised of four layers of carbon fiber and are painted in a chocolate hue for a distinctive appearance. The basic carbon transformation is €100,000 ($113,555), but adding colored carbon fibre charges an additional €25,000 ($28,389). 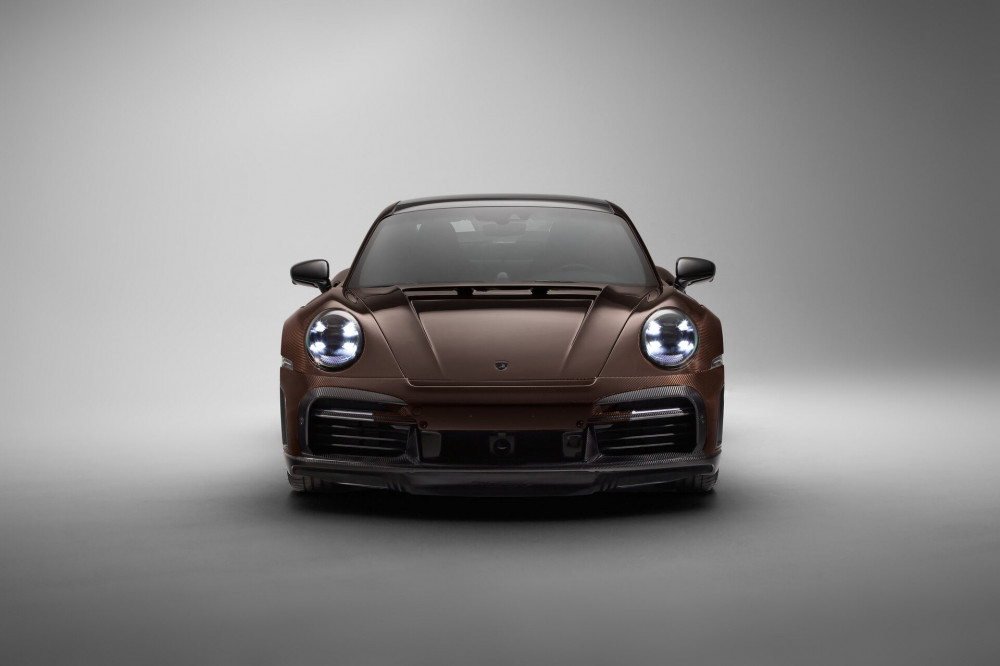 While most of the 911 Turbo S's body panels are brown, some aero elements are left naked carbon fiber for a duo-tone appearance. The Kline exhaust, which might cost up to €13,935 ($15,823) if built of Inconel, is another optional feature in this version.

The complexity of the interior upgrades, which include new black and brown leather upholstery on the seats, doors, and dash, as well as lots of carbon fiber highlights, are probably features of "advanced interior exclusive options," which is €35,000 ($39,732). All of the mentioned expenses are in addition to the cost of the donor vehicle.

TopCar left the 911 Turbo S's engine alone, with the factory twin-turbo 3.8-liter flat-six delivering 641 hp (478 kW / 650 PS) and 590 lb-ft (800 Nm) of torque when paired with Porsche's all-wheel-drive system and eight-speed PDK dual-clutch gearbox. In theory, the car's reduced weight may lead to improved performance, but we have yet to see a substantial difference.