After the Blackline package for the Continental GT was a big hit, Bentley and Mulliner brought the same darker package to the Flying Spur Mulliner. The package, which is available on Flying Spurs with a V6 hybrid, V8, or W12 engine, replaces the Flying Spur's exterior paint with darker accents.

As part of the exterior upgrade, the satin silver top mirror caps are swapped for "Beluga Black" variants. Furthermore, the wing vents have been blacked out, and a brilliant Mulliner emblem has been added for emphasis. 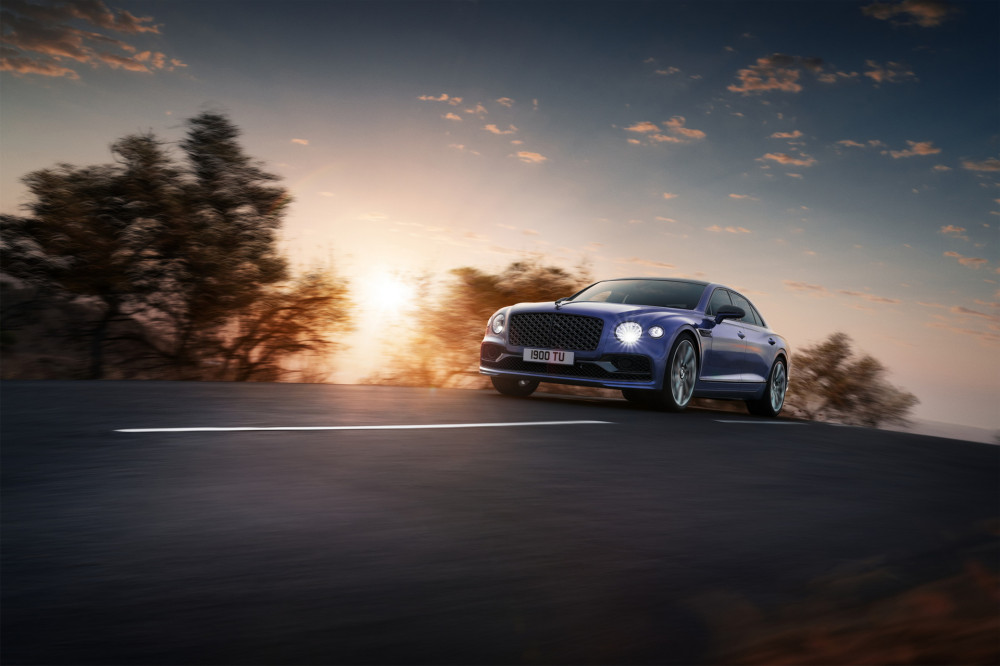 Two sets of wheels are offered with the Blackline package. The first set consists of 22-inch black wheels with polished pockets. The second set of wheels also has a diameter of 22 inches, but the self-leveling logos on them are surrounded by chrome rings.

Inside, the Blackline package does not differ from standard Mulliner vehicles. However, buyers of the Flying Spur were always presented with a bevy of options for personalizing the cabin of their car. As before, clients may pick from eight different interior treatments, each of which consists of a primary color, secondary color, and accent color.

Last year at Monterey Car Week, Bentley showed off the Mulliner edition, which they think is the best of the Flying Spur cars. The same annual event has seen the debut of the brand new bundle.