While speculations of a production agreement between Triumph Motorcycles and India's Bajaj go back in 2017, the two parties didn't sign until January 2020.

The two companies also confirmed that Bajaj would make Triumph motorcycles ranging from 200 to 750cc. The project development, inevitably, met a hitch in the form of a global epidemic.

The plan was for the redesigned Triumph series to be released in 2022. Whilst Hinckley has yet to reveal the products in that range,  the small-capacity motorcycles will be available worldwide. The relationship between the venerable British brand and the Indian motorcycle behemoth also appears to be doing well thus far. 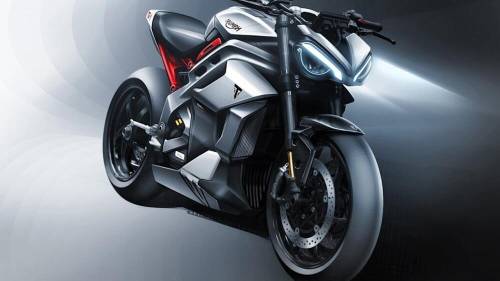 Triumph isn't the only one working on a project with Bajaj. The TE-1 is the brand's first electric motorbike prototype, and the company is working on it with Williams Advanced Engineering, a division of Britain's legendary Formula 1 team.Triumph has "a rolling prototype, and that bike is going to go into the initial round of testing," according to Perkins.