This Volkswagen Golf Harlequin from 1996 is one of 264 multi-color models built for the North American market. Tornado Red serves as the car's base coat, with body panels in Ginster Yellow, Chagall Blue, and Pistachio Green.

Textile seat areas on the inside have four-color inserts. A 2.0-liter inline-four engine is combined with a five-speed manual gearbox, and air-con, cassette audio, and a back window wiper are included. 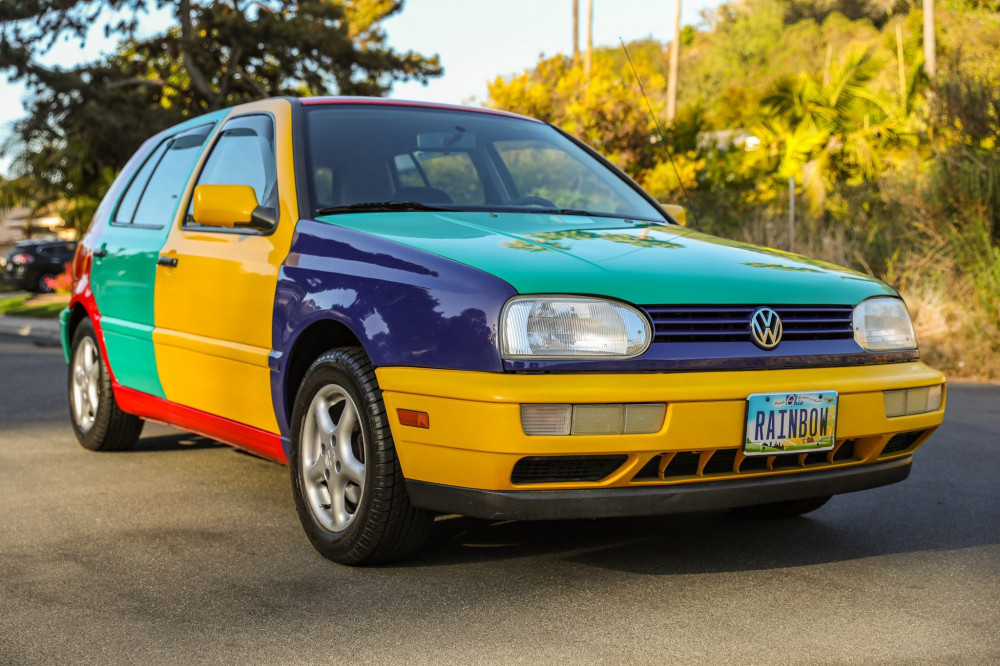 This 1996 Volkswagen Golf Harlequin was sold originally to Jeff Sikes Volkswagen in Huntsville, Alabama, and had previously remained in Alabama and Georgia before being acquired by the seller in 2011. Changing the oil and cleaning the braking and cooling systems were among the services undertaken in April 2021. 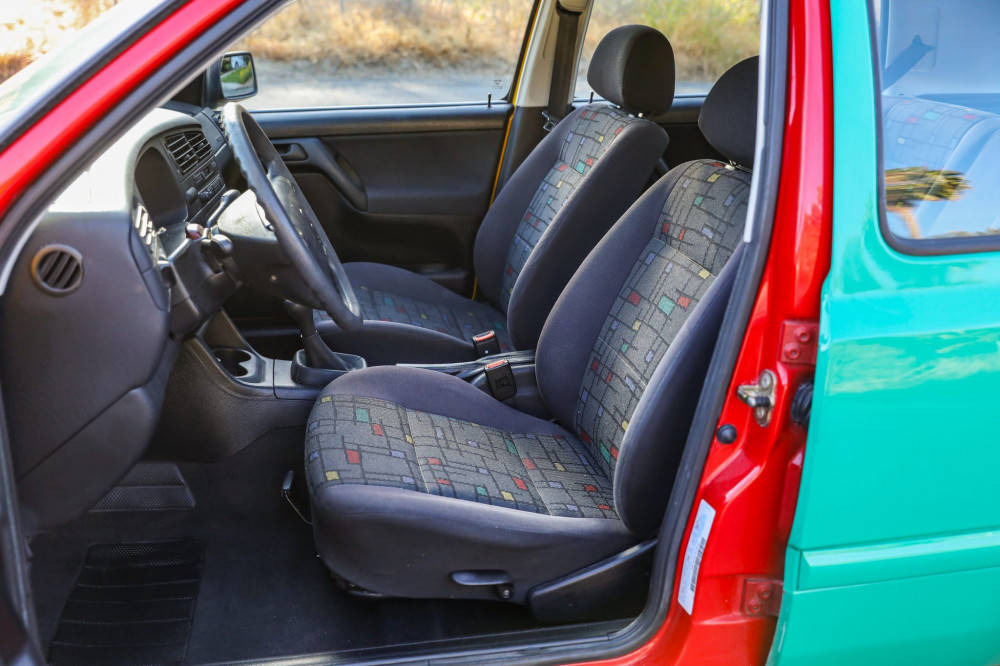 The car has 79k miles and comes with a clean Carfax record, manufacturer's documentation, window stickers, rubber floor mats, and cargo liner. In 1995, Volkswagen produced more than 3,000 Polo Harlekin vehicles for the European market, and in 1996, the company showed 4 concept Golfs at North American car shows.

Factory Golf Harlequins were constructed at Volkswagen's Puebla, Mexico facility, where the autos were colored one color and then body panels were withdrawn and divided among other units. 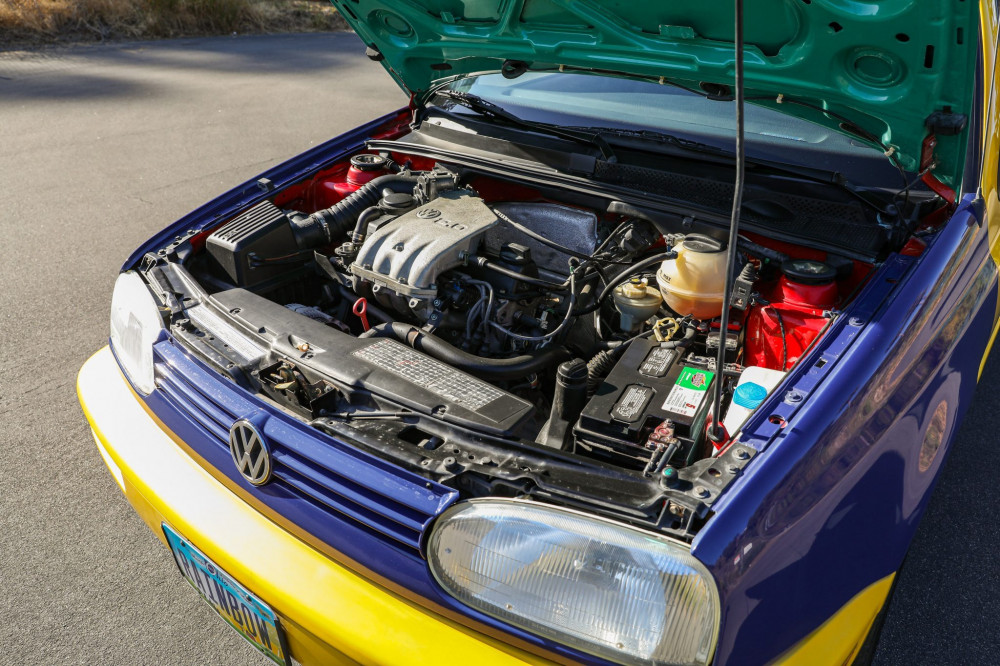 195/60 Warrior tires with 2006 date tags are installed on five-spoke 14-inch alloy wheels. In April 2021, the brake fluid was cleaned. Under the cargo floor is a tiny spare tire and jack. 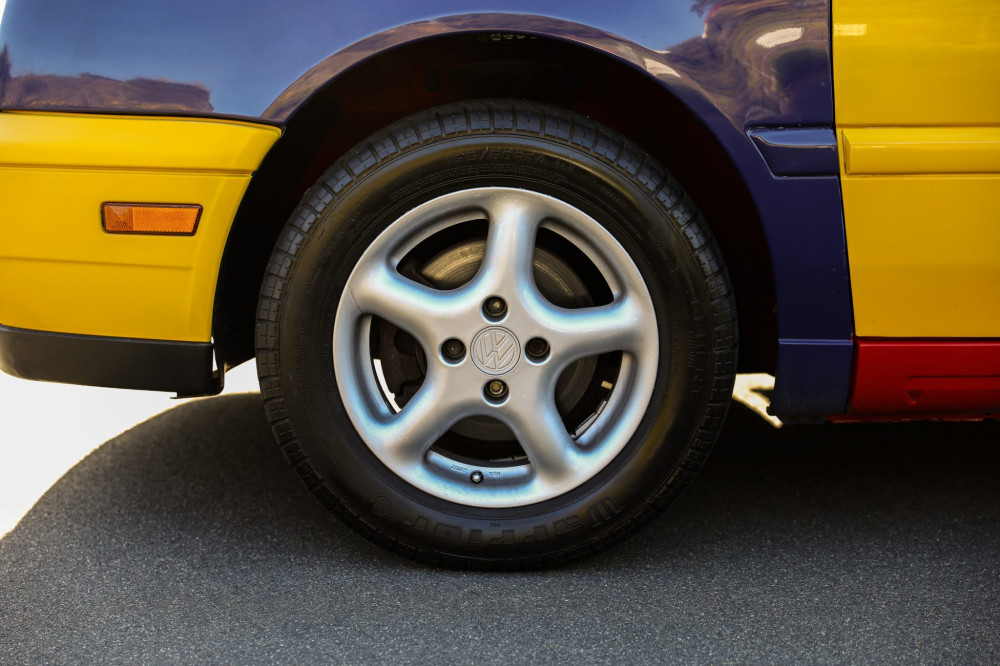 A  four-spoke steering wheel sits in front of a set of white gauges that includes a speedometer with a top speed of 140 mph, a tachometer with a redline of 6,100 rpm, and fuel and coolant temp indicators. The digital odometer reads 79,000 miles, with the seller adding about 3,500 miles. 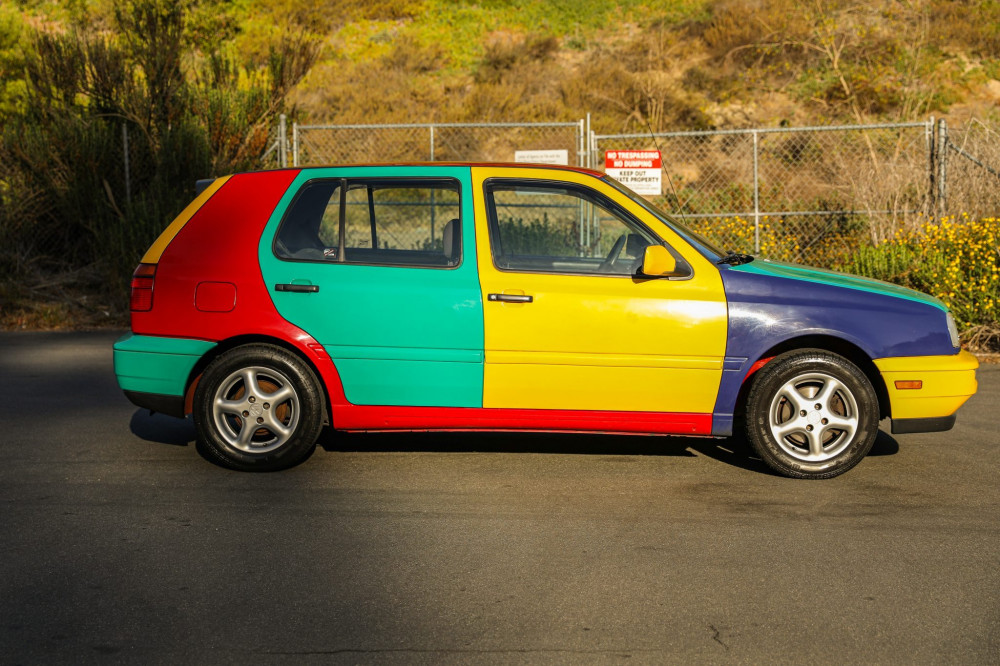 When this 1996 Volkswagen Golf Harlequin was new, the 2.0-liter inline-four was estimated at 115 hp. The Carfax report indicates that there have been no accidents or any damage, and it details the vehicle's history in Alabama, Georgia, Ohio, and California. The current bid is $25,000, and it is set to expire in 2 days. 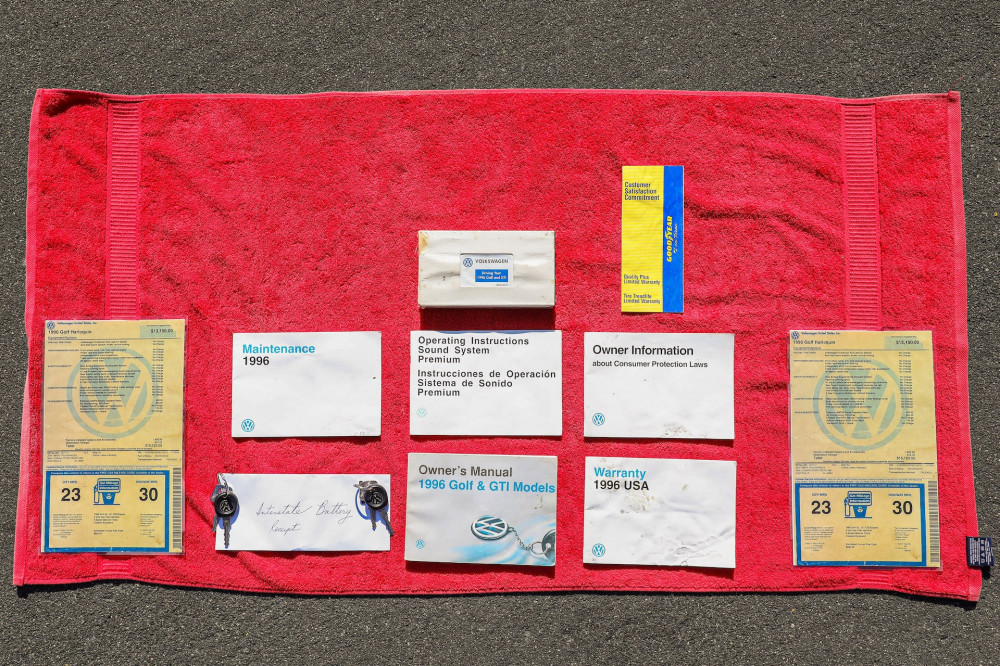