Six-wheeled SUVs have been more popular and sought-after over the past few years. If you're interested in a classic Range Rover with six wheels, there's one up for sale right now on eBay. Some may consider converting a first-generation Range Rover to a six-wheeler treason, but it isn't the only customized model available. A few three-axle Range Rovers have been observed across the world since Saudi Arabian King Khaled ordered one in the 1980s.

This customized Range Rover was shown in the Land Rover Monthly Magazine in February 2017. The car it's built on was registered on May 22, 1978, and it was converted for BBC Radio 1's Roadshow summer festival by "Smiley Miley" Tony Miles. 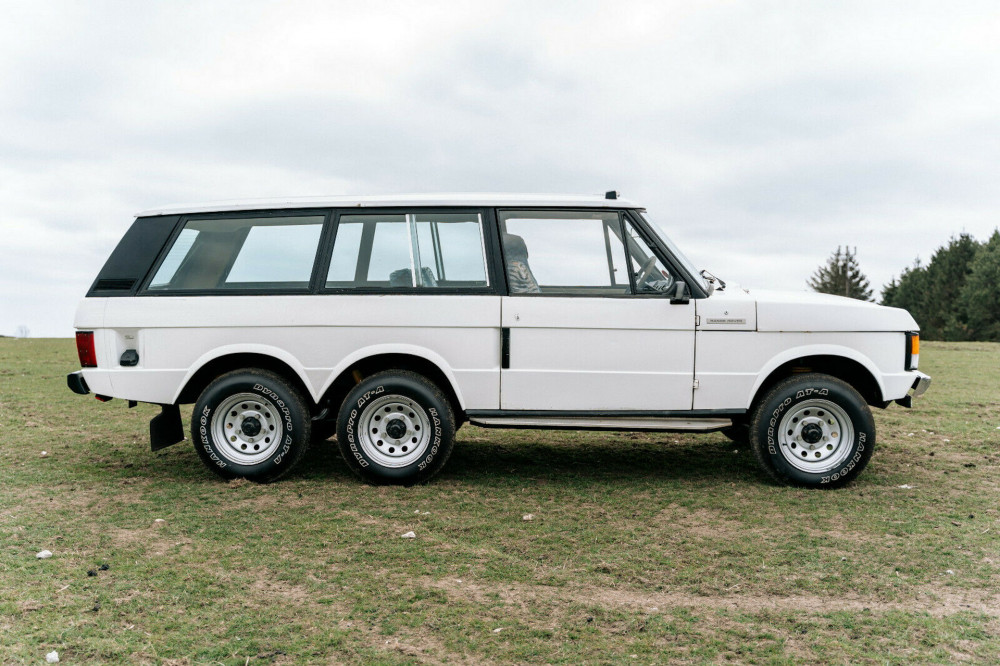 Range Rover retains the same 100-inch (2,540 mm) wheelbase and two doors despite the much extended body. All the additional length has been inserted behind the B-pillar. The enlarged bodywork was done well, and two more pillars were added to support the lengthy roof. Inside, you'll find the original folding front seats and a folding rear bench with tiger-style coverings.

There is a lot of storage room under the seats. It's reported to feature a Perkins 4236 diesel engine under the hood, which is a 3.9-liter four-cylinder turbodiesel that produces between 66 and 81 hp (49-60 kW / 67-82 PS) according to Wikipedia, although we don't know if that's the capacity in this specific design. A four-speed LT95 manual gearbox transmits power to four of the six wheels. 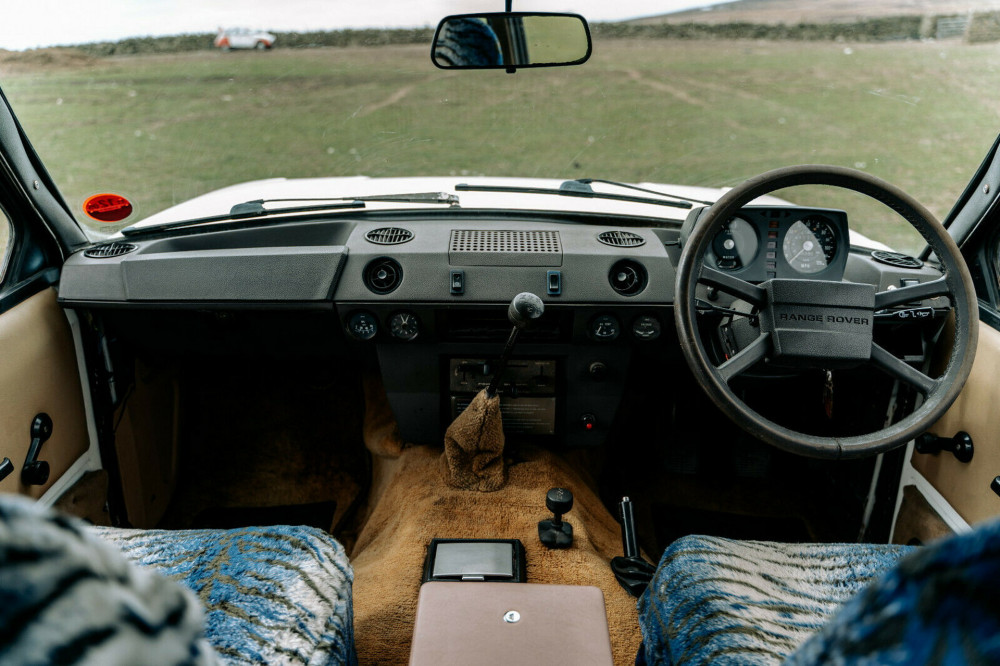 Even though the diesel engine may be fairly noisy, the seller claims the Range Rover is in excellent mechanical condition and operates well. However, the car needs a new paint job and some minor electrical fixes. There is still time to place a bid, as the auction will close on January 30. 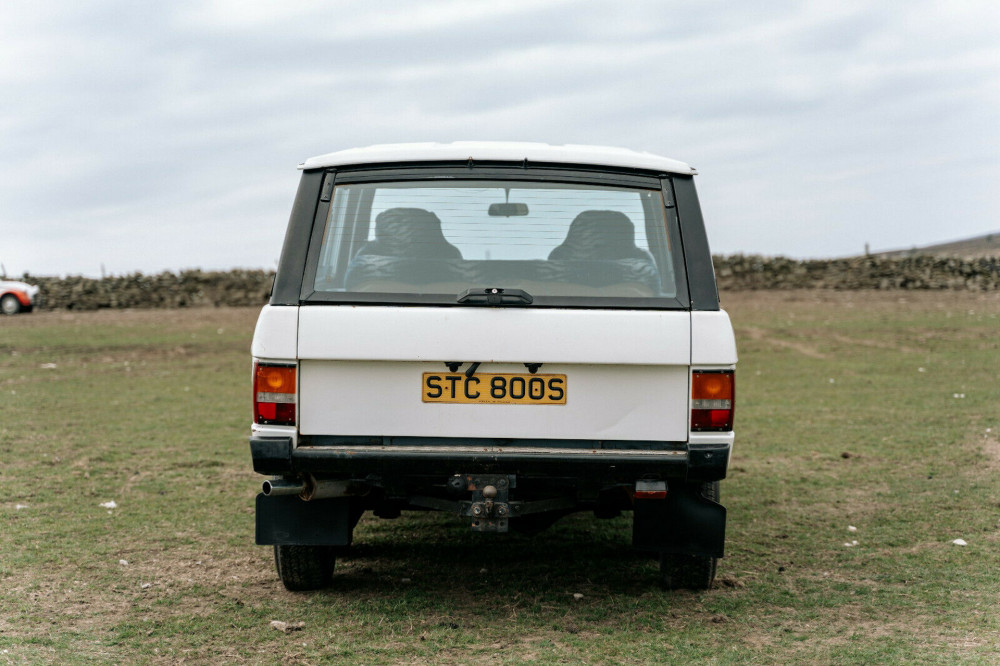