A few days after confirming the Honda Navi miniMOTO would be sold in the United States, American Honda has unveiled a duo of project bikes from MNNTHBX and Steady Garage to show off their capabilities to the aftermarket industry.

The bikes are ideal for beginner riders, with an MSRP of $1,807, a CVT gearbox, and an attractive appearance. Thanks to its exceptional 110.3 mpg (2.1L/100 km) fuel economy, it only requires a 0.9-gallon tank and is propelled by a 110cc carbureted four-stroke motor.

Few shops are considered suitable for this project as MNNTHBX, which is owned by the same people who organize the Barber Small Bore yearly miniMOTO event at Barber Motorsport Park in Birmingham, Alabama. Honda Navi miniMOTO was immediately identified as the ideal pit bike for racers, thanks to the team's dedication to a dynamic design. 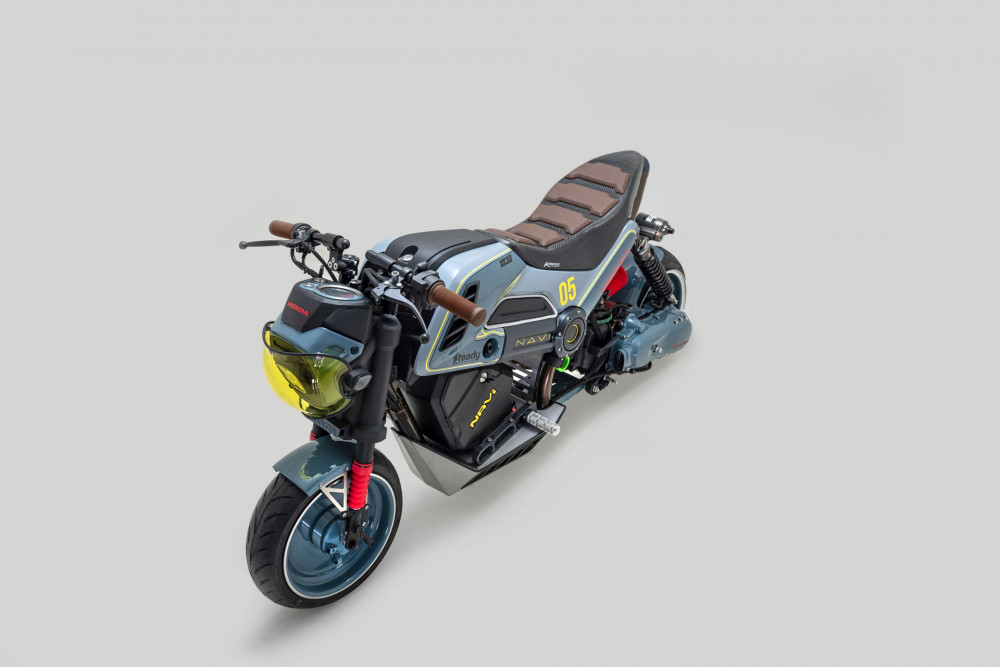 Renthal MX-style low-rise handlebars alter the bike's posture, and a Yoshimura carbon-fiber exhaust finishes the design. MNNTHBX found the biggest tires they could for the 12-inch front and 10-inch rear wheels. Additionally, it includes two 6.5-inch Kicker speakers mounted between the rider's legs, as well as an amp and controller inserted into the seat, making it a great pit bike. 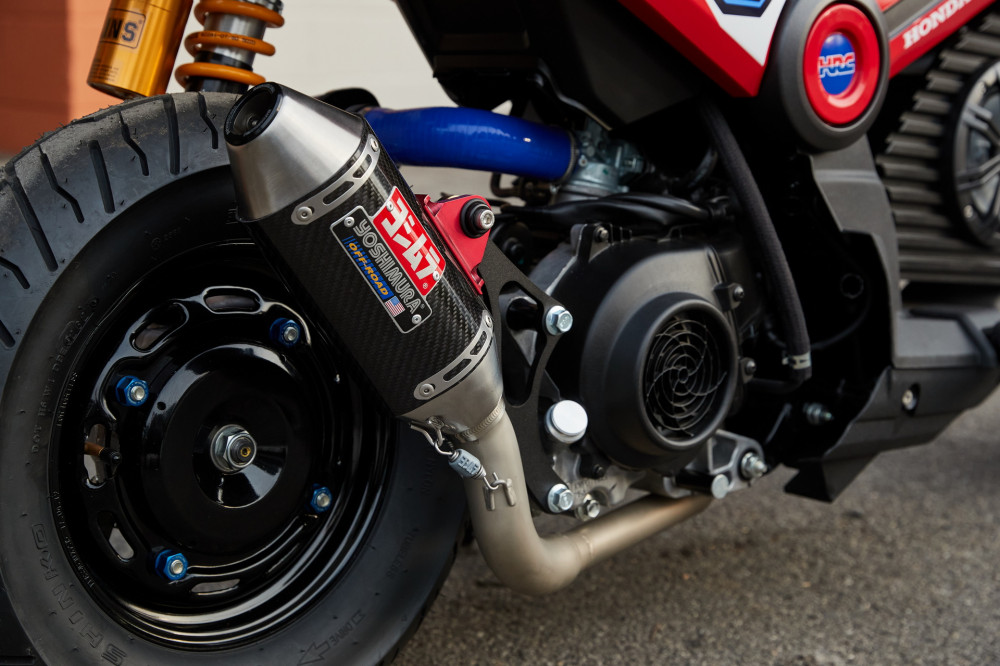 The shop in Irwindale, California, took a different approach to the project. The builders claim they went through a bit of a struggle because they had never built a miniMOTO before. A larger, wider rear wheel permitted them to place a lower-profile tire in the Honda Navi's back. A Vance & Hines unique stainless steel exhaust gives some shine to the back end as well. 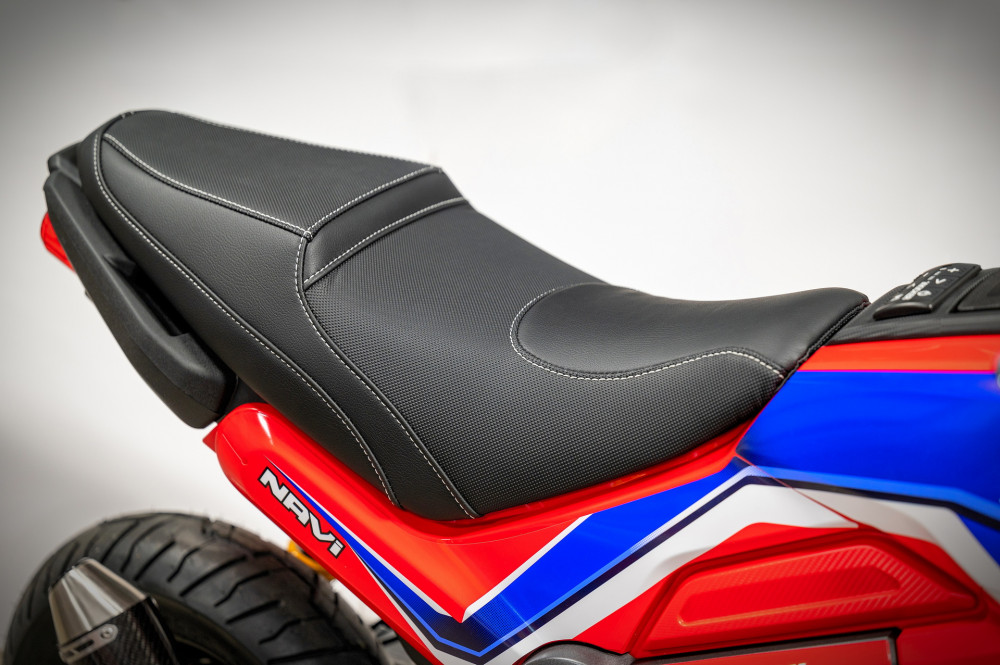 Gears Racing provided a custom-built high-end shock, and the bike's overall appearance is meant to be very sleek. The body is completely custom colored, and LED pinstriping was added at the last moment, according to the business.

Customers can now purchase many of the components utilized in MNNTHBX and Steady Garage's Navi products. Vance & Hines has also created a tapered exhaust system for the bike, and Honda Signature Accessories has a variety of aftermarket accessories available.