Here's the Thundertruck, a battery-powered 44 from Wolfgang LA, a Los Angeles design studio. Solar electricity is included right into the construction of this electric truck: A solar-powered "Bat Wing Awning" extends above the truck, capturing the sun's rays and powering features such as a built-in induction kitchen, refrigerator, and the A/C.

The EV's 180kWk battery would theoretically be freed up to power its huge mill thanks to the retractable solar awning. The Thundertruck will have a dual-motor powertrain with 800 hp and 800 lb-ft of torque. Despite the truck's weight of 6,120 lbs, the arrangement would accelerate it from zero to 60 mph in under 3.5 seconds. 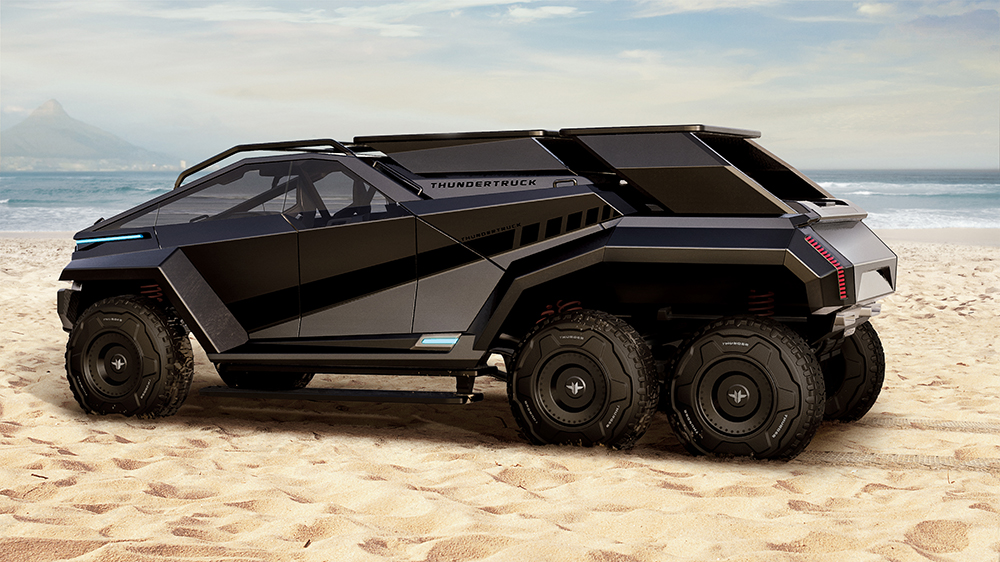 The EV will also feature a 7,500-pound towing capacity and a cargo bed that can hold up to six feet of freight. A payload of such size has the potential to decrease power and range. Nonetheless, Wolfgang believes that the vehicle will be able to go 400 miles on a single charge, putting it among the industry leaders right once. 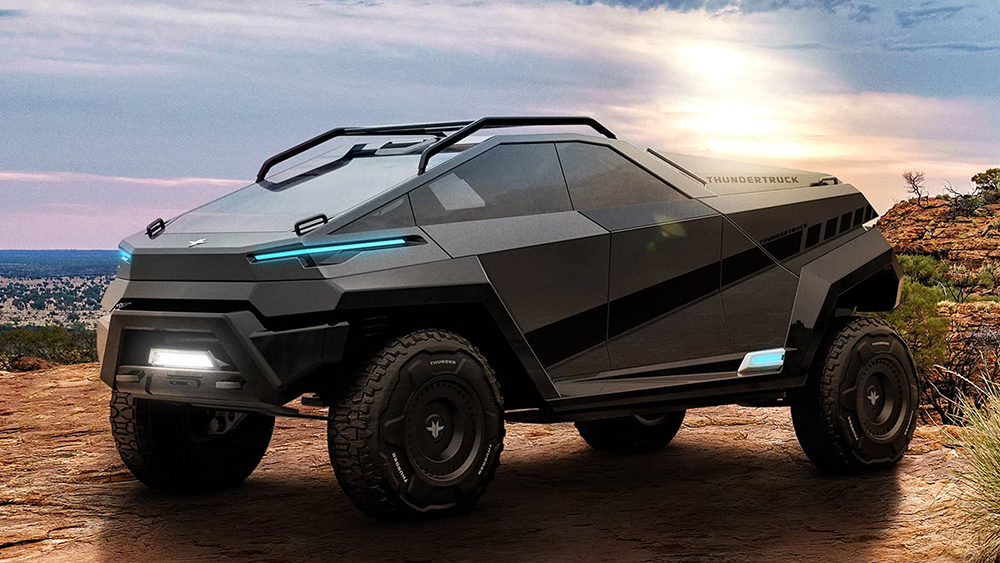 The Thundertruck is supposed to be a full-fledged all-terrain vehicle, aside from its solar superpower. The body, like the Cybertruck, is geometric, with angular lines rather than curves. The EV's body is sleek and black in images, with the blue light-emitting headlamps standing out. This vehicle also has extensible loading ramps in the back for two- to four-wheel bikes, as it is designed for overlanding.

The company hasn't spoken much about the cabin, but the renderings depict a monotone interior. The infotainment system is anticipated to be controlled by a large touchscreen to the side of the steering wheel. 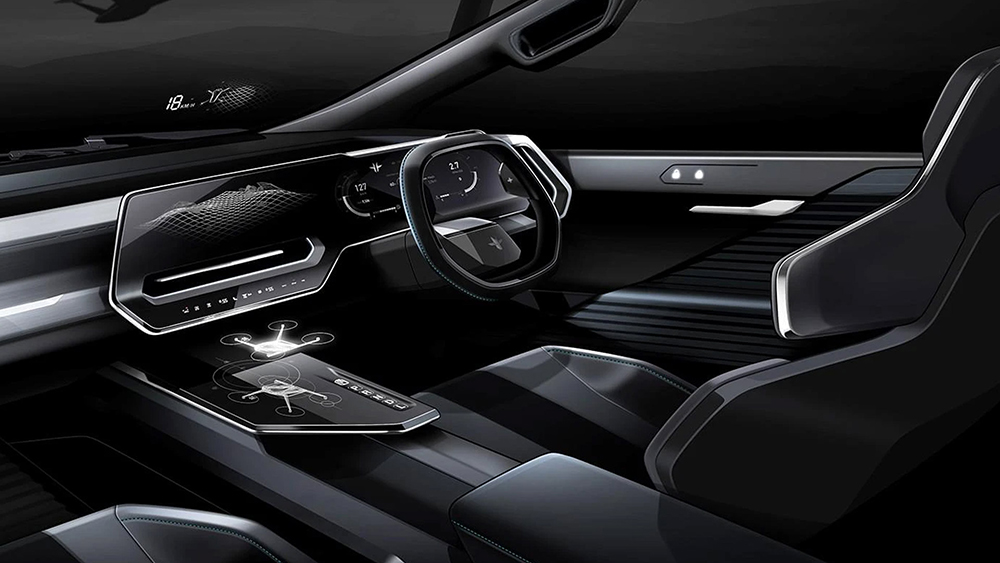 If you want even more power, Wolfgang's TT Range Extender may be installed on your 4x4 to turn it into a ferocious 6x6. The larger model has a 560-mile range, a larger 210 kWh battery pack, and greater power: a staggering 940 hp and 1200 lb-ft of torque. All of this is on top of a 10-foot cargo bed that has been enlarged. However, the Thundertruck is just a concept at this stage and not one from a recognized carmaker. 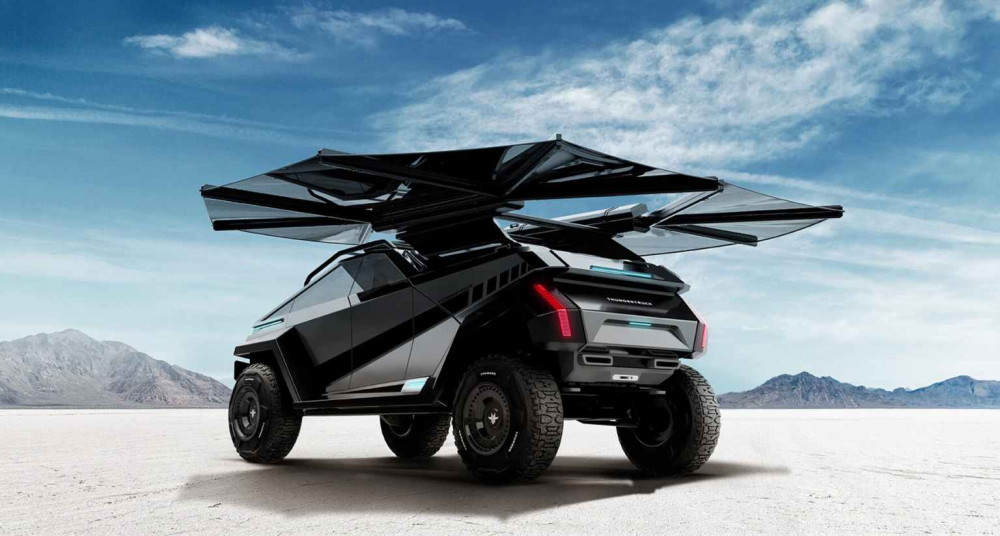