This trick works by catching and delivering radio frequency (RF) impulses that Teslas recognize. These Teslas anticipate getting electricity when they open their charge port, but instead leave owners perplexed.

In reality, the signal captured by these jokesters is emitted by Tesla charging stations as a handy method of charging. When the car's driver walks up to the tail light while holding the business end of the charging wire, a suitable charger will send out the signal on its own.

Tesla responds to the command by opening its charge port door automatically. The charging port can also be opened by the driver by clicking a button on the infotainment screen, using an app, pressing the port directly, or by using the voice command "open butthole." Only the charger, though, wirelessly sends the signal.

The pranksters are employing a Flipper Zero device. Given that it has a sub-gigahertz radio, the tiny $170 gadget can receive and transmit data on the same frequencies as key fobs and other nearby gadgets.

Now, Tesla has programmed the charge door to automatically close after around two minutes if it is not in use. The time required for this to occur varies from a few seconds to a few minutes based on a variety of factors, such as leaving a car, disconnecting from the charger, and other aspects. However, this appears to be more of a harmless joke than an issue. 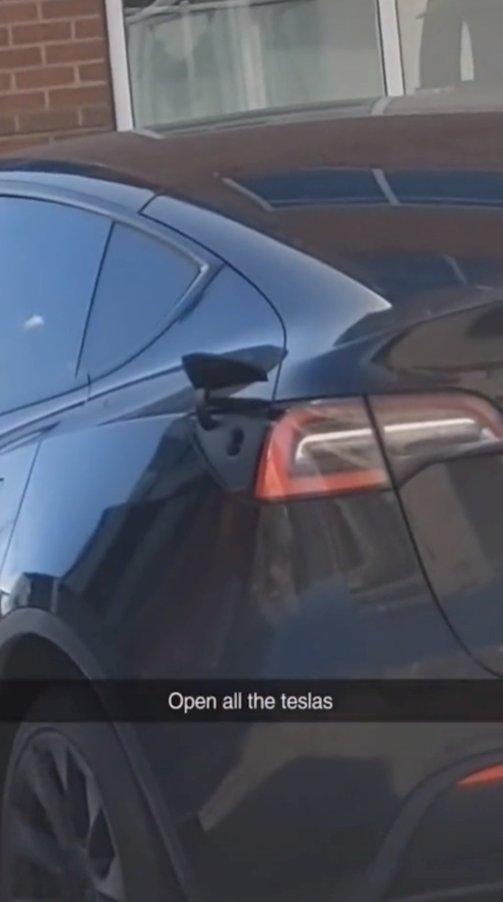