With the Goodwood Festival Of Speed just around the horizon, Polestar has announced that it will compete with a specially prepared Polestar 2 on the iconic track. For greater handling, the experimental prototype has additional power from the electric motors, new brakes, larger wheels, and a finely modified suspension.

After driving another prototype nicknamed "Beast" around the Gothenburg factory, company CEO Thomas Ingenlath pushed the engineers to develop a unique Polestar 2 for Goodwood. We're guessing he's talking about the one he shared on Instagram a few months ago, which had a similar design and mechanical changes.

Polestar 2 prototype is based on the production car's Long-Range Dual Motor (there is also a single-motor version). The combined power of the twin motors has been boosted from 402 hp (300 kW / 408 PS) in the stock car to 469 hp (350 kW / 476 PS) in the modified version. Polestar did not disclose stats, but it will almost certainly be faster than the production version, which takes 4.7 seconds to accelerate from 0-100 km/h (0-62 mph).

The suspension arrangement, on the other hand, has undergone the most significant changes. The front springs have been tightened by a remarkable 80%, while the rear springs have been stiffened by 40%, and new Öhlins three-way adjustable performance dampers have been added that are 30% firmer. Front and rear tracks are 20 mm (0.79 inches) wider, while the suspension is 30 mm lower (1.18 inches). Also adopted from the S60 Polestar is a carbon-fiber front suspension strut bar. For extra rigidity, a rear strut bar was engineered and specially designed. 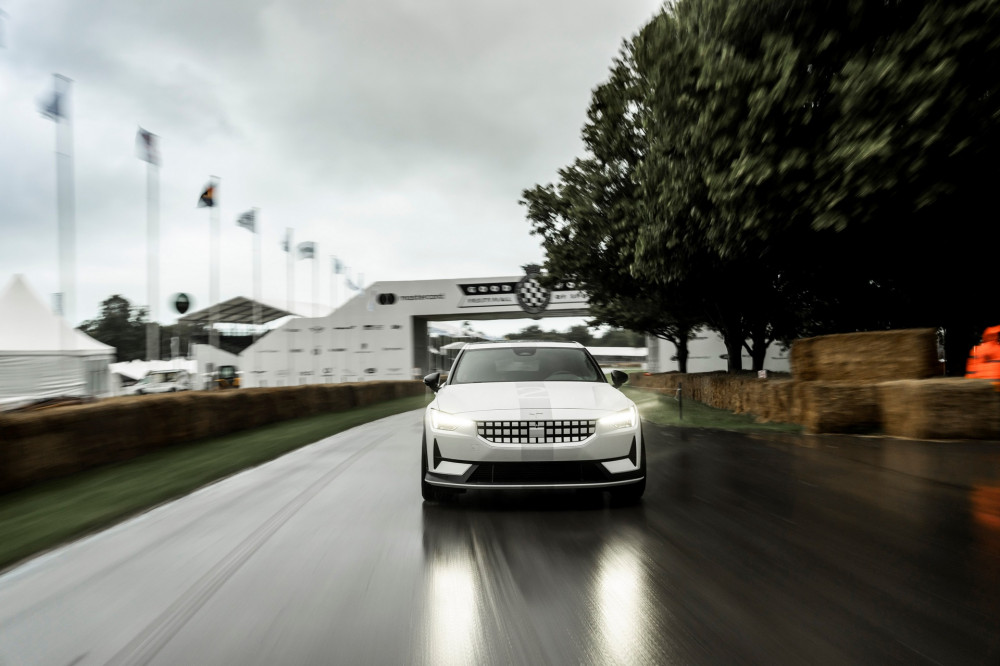 The sporty body kit which differs from the last prototype from a few months ago would look fantastic on a future performance model of the Polestar 2. However, the brand hasn't said whether they want to build a Tesla Model 3 Performance rival. If they do, numerous characteristics from the Experimental prototype, like the rock-solid suspension, will undoubtedly degrade the Polestar's ride quality and render it unsuitable in regular life.

“This car is what occurs when we are given the freedom to push beyond our limits,” said Joakim Rydholm, chief chassis engineer, who will drive the prototype in Goodwood. Polestar 2 is already a fantastically dynamic vehicle, with thousands of hours spent fine-tuning its handling characteristics. The new Goodwood chassis setup has truly taken it to the next level. I'm very excited to go up the hill!”