To honor the 240Z that won the East African Rally in 1971, Nissan has unveiled the rally-ready Juke. Nissan Juke Hybrid Rally Tribute, as the name suggests, is based on the SUV's new hybrid variant, which will be available in Europe this summer.

It has, however, undergone a number of cosmetic changes. The wheel arches have been reduced to make place for 265/70R16 Goodyear Wrangler all-terrain rubber. Plastic bumper add-ons with skid plates, enlarged foglights, extra lighting units installed on the hood, and an LED bar on the roof are also available. 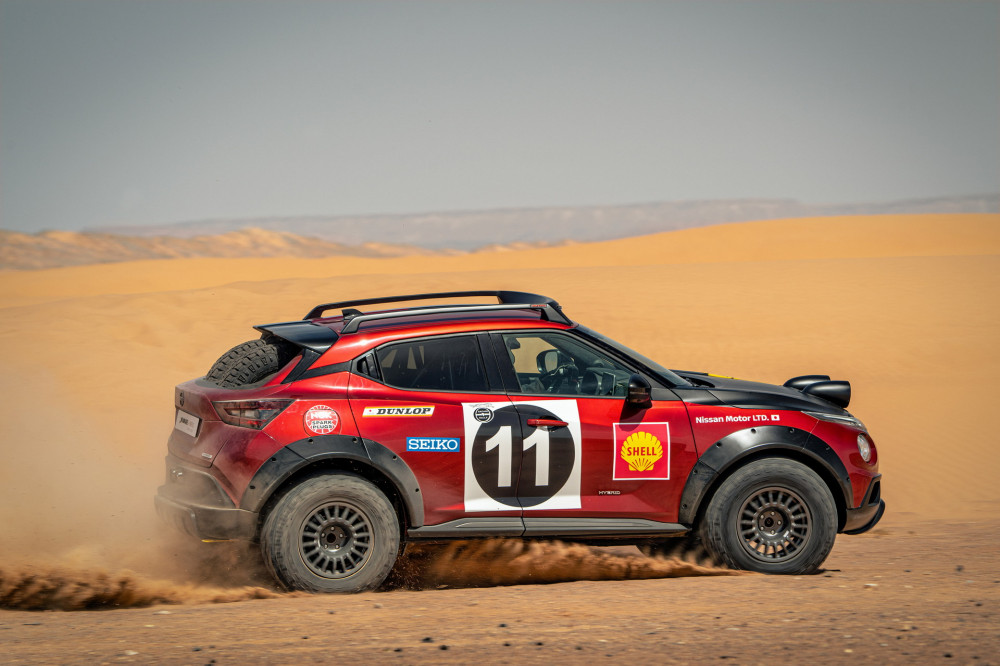 The roof rack, the absence of the rear windshield to provide space for the two spare wheels, and the cool-looking dual exhaust pipes are all alterations over the standard Juke. With a dark hood, a red tone, and classic sponsor stickers all around the exterior, the unusual livery is influenced by the Nissan 240Z from the East African Rally. 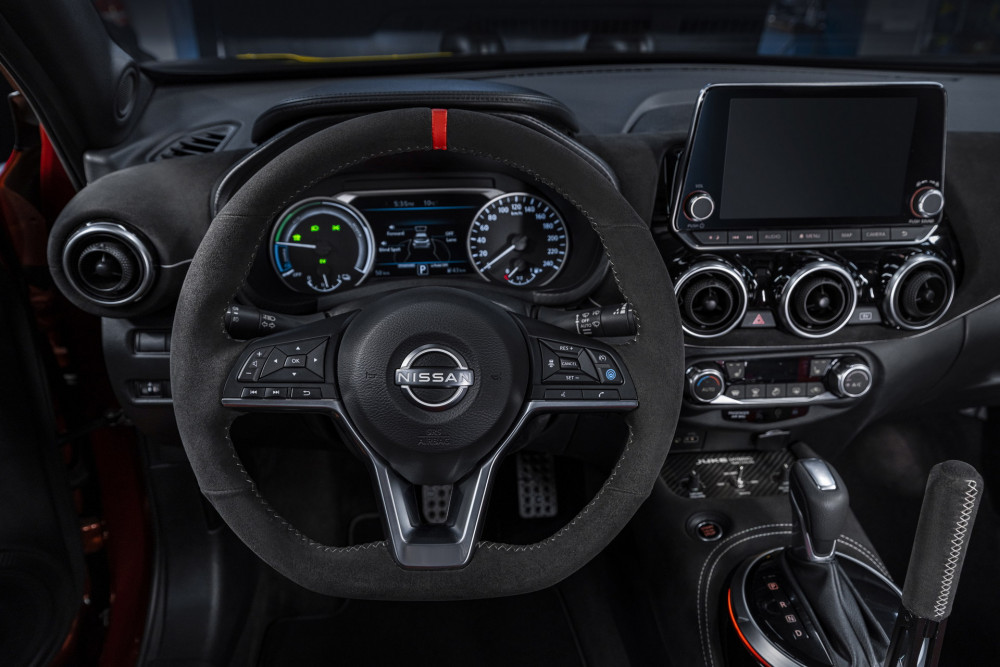 A roll cage, a fire extinguisher, racing seats with four-point straps, an Alcantara-upholstered steering wheel, a hydraulic handbrake, and headphones for the driver and co-driver to converse during races are all found on the inside. 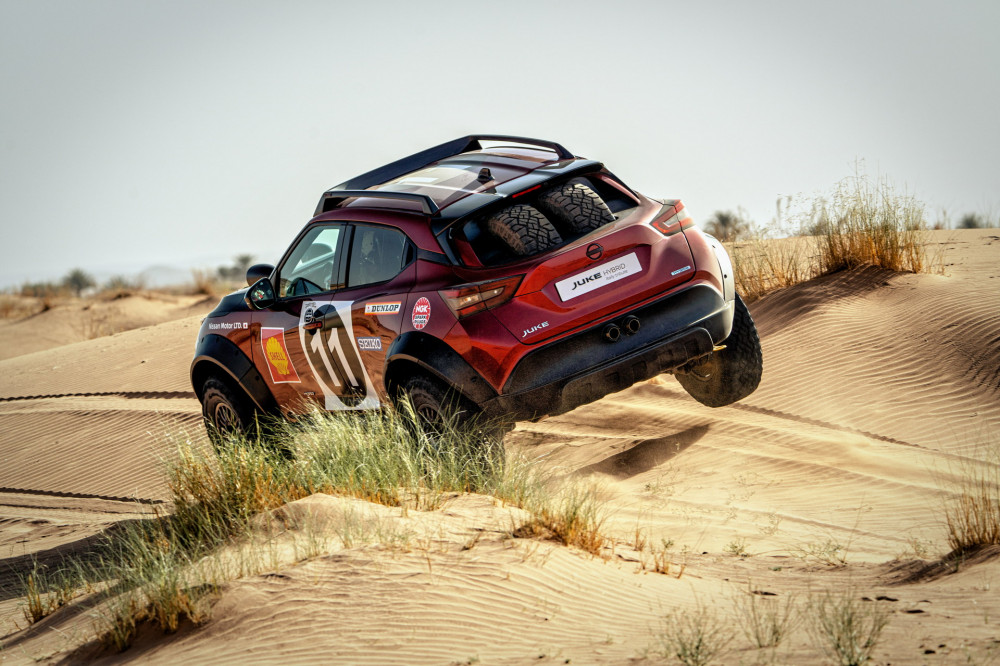 As for the powertrain, the hybrid engine is standard. The 1.6-liter four-cylinder engine provides 93 horsepower, while the electric motor adds 48 horsepower and 151.2 pound-feet of torque. A second electric engine serves as a High-Voltage Starter Generator, as well as a 1.2 kWh water-cooled battery and an advanced multi-mode transmission that sends power to the front axle. Everything appears to be in order with this Nissan Juke Hybrid Rally Tribute concept, but the engine could be more powerful.