There’s a new infotainment system on the block, coming straight from Porsche and called Porsche Communication Management 6.0. The system will be available starting with the 2022 models and brings such an intense musical future that sounds definitely intriguing.

First, we see a new bespoke screen, with calmer and more refined colors and icons. The displayed information has been reduced to a minimum, while the touch buttons have been slightly increased, making it easier to operate. The elements on the screen can be rearranged however the driver pleases to, while the menu’s settings got divided into logical categories regarding comfort, driving, and assistance. The system notifies about personal messages and calls. 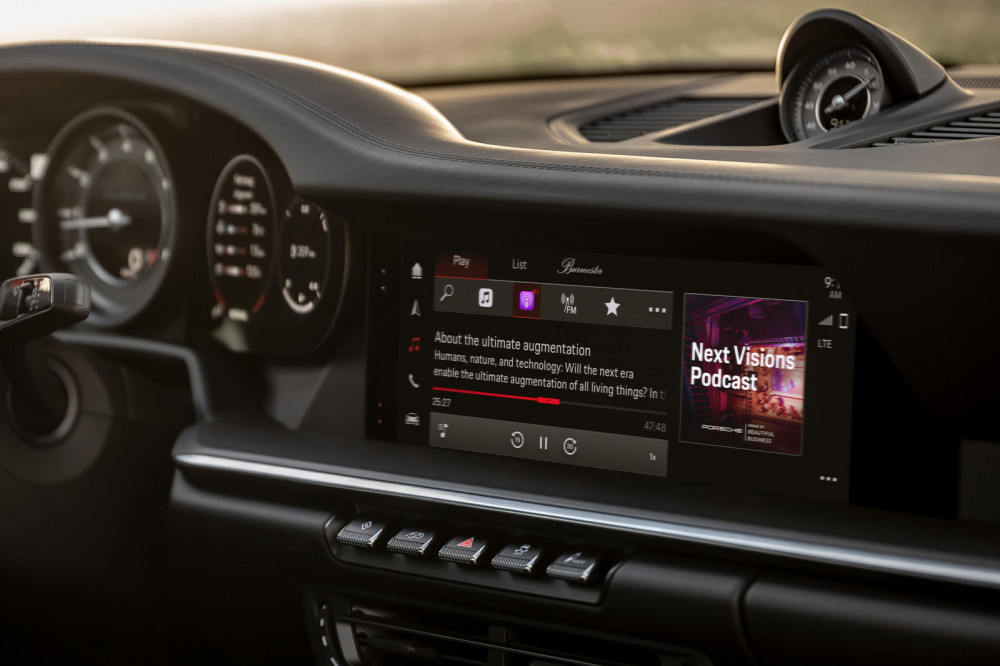 PCM 6 preserves Apple CarPlay, providing wireless connection, while Android Auto becomes available, but through wire only. The new infotainment system integrates Apple Music and it works even if you don’t have your phone with you. 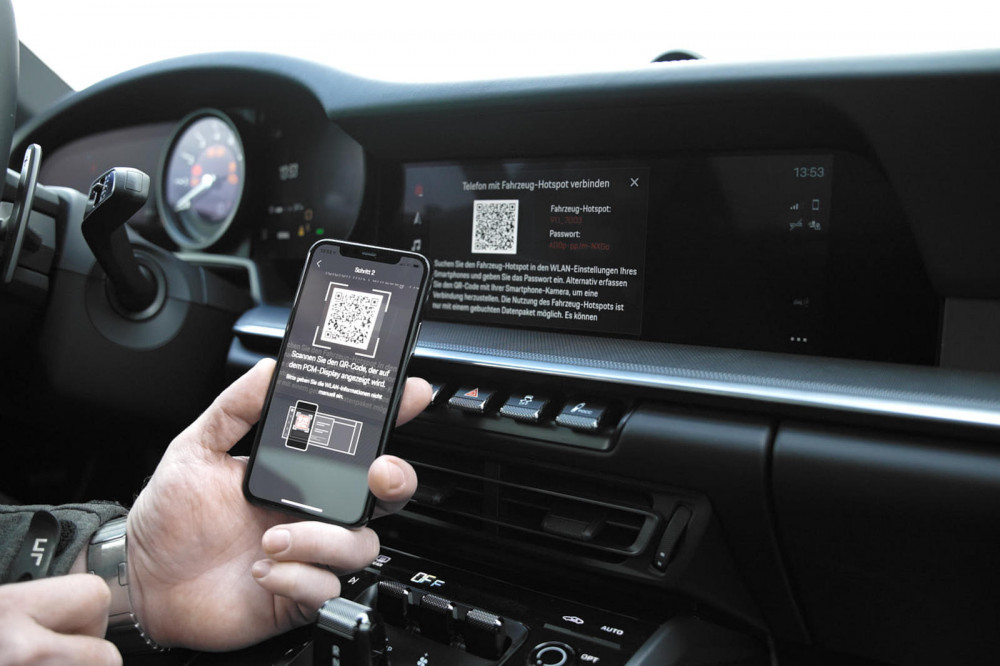 The new infotainment system gets better at its processing power, showing the route in a faster manner and calculating traffic more precisely. It searches for points of interest both through Google, as well as through its own system. 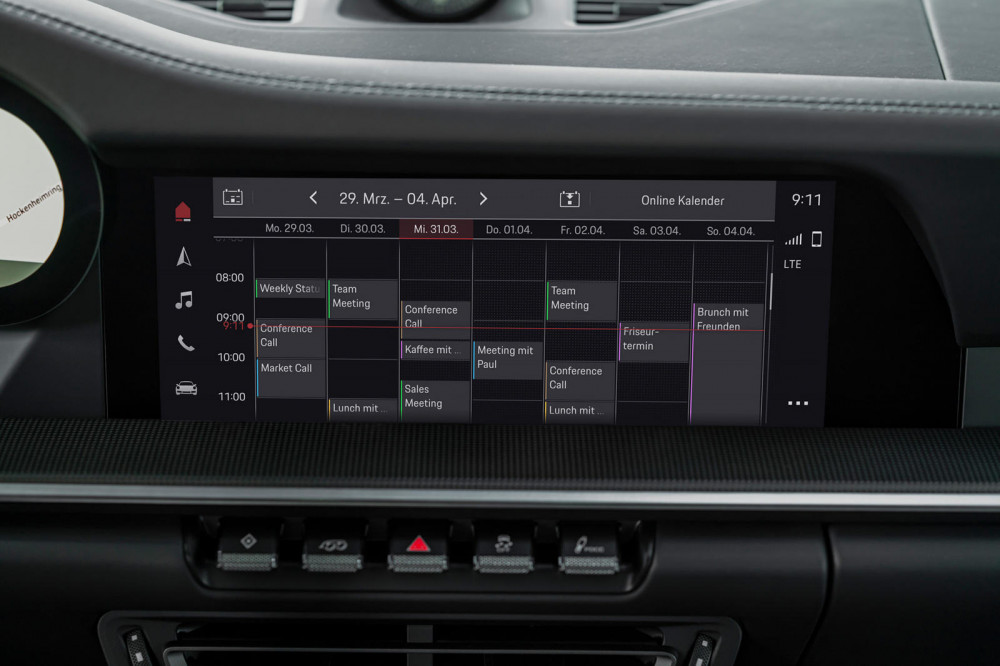 Porsche Connect has also been updated: it can now unlock doors, check the car’s temperature, tires’ pressure, and others through the free Porsche Track Precision app. This app is already available on 911 and 718 models and will become present on Taycan, Panamera, and Cayenne. It also creates a live display with a timer and predicted lap time, which can be later combined by the drivers with videos. The system has 300 circuits, and others can be added by the driver, through the Sport Chrono package and the installed LTE communication module. 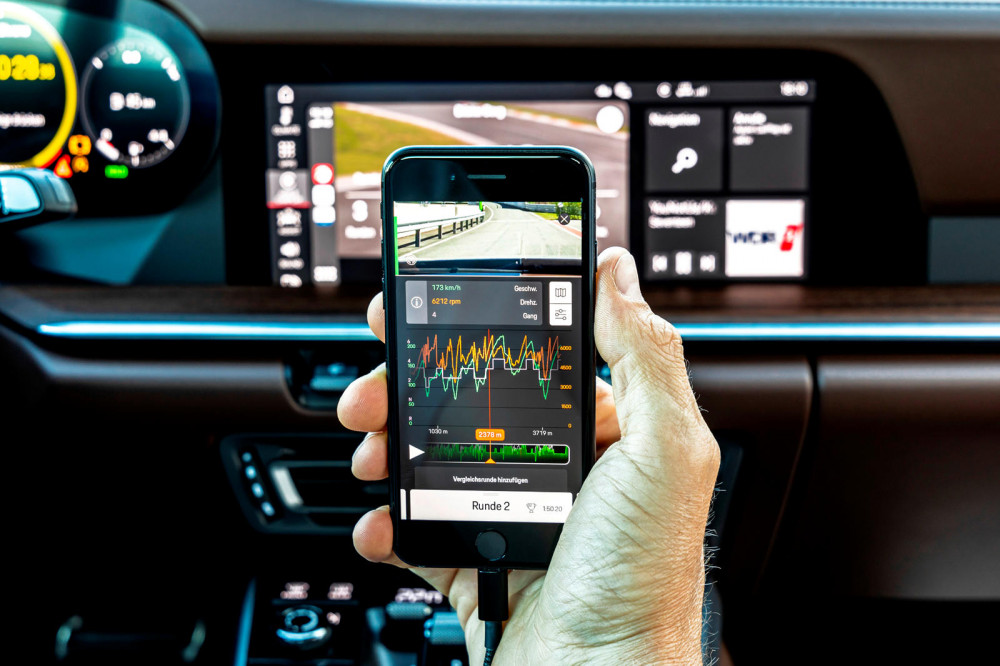 Now let’s talk music. Porsche brings a new technology it is currently working on called Soundtrack My Life. It enables the system to read the speed, time of day, scenery, and driving style and create a soundtrack for all this ecosystem. Although still in the beta phase, Norman Friedenberger, product owner of vehicle solutions at Porsche digital, has worked with Boris Salchow, film music composer, and developed a system that creates vibrant soundtracks in real-time.

This isn’t about your old favorite songs. It’s about a multitude of original tracks that combine with each other and become complex. This system will be tested soon, so we’ll get back with news!