Mercedes-Benz will debut the long-rumored electrification of its G-Class SUV at the Munich auto show with a prototype that will lead to the introduction of a 4x4 sub-brand.

It's been almost two years since CEO Ola Källenius said that the Magna-made Land Rover Defender competitor – debuted in 1979 as the G-Wagen – will get an all-electric model, as well as forecasting that "the final Mercedes manufactured would be a G-Class."

A production version is scheduled for 2024, at which point most of Mercedes' major models will be offered with electric propulsion. The Munich show car is likely to highlight how the G-Class will be remodeled and rearranged for the electric age, with styling and cabin elements that closely preview the final production version – much like how the Vision EQS concept from 2019 served as a precursor to the new EQS luxury limo.

Considering how slightly the G-Class has altered since its introduction 42 years ago, Mercedes is doubtful to rethink its traditionally tough two-box design, but a slew of new stylistic elements that put it in line with other EQ-badged cars are foreseen.

As with the GLB-based EQB, a new-shape, one-piece front grille will be the primary differentiation from the ICE-powered car, but new wheel shapes and light clusters, as well as a reworked backside, will contribute to separate the EQG from the G-Class.

The EQC 4x4² concept (which showed the EQG's off-road capabilities in 2020), is an extravagant one-off reworking of Mercedes' first customized EV, which acted as a technological demonstration for a family of electric-powered off-roaders that the business would sell under its newly created G sub-brand.

The ground clearance-enhancing portal axles (lifted from the jacked-up G500 4x4²) and wider track widths converted the luxury-focused EQC into a competent off-roader and strongly previewed the EQG's potential. Jürgen Eberle, the EQC 4x4²'s development engineer, stated that "there is still a lot of enthusiasm for traditional off-roaders," but added that the EQC 4x4² concept "had shown the capacity of BEV off-roaders to go off-road in a serious manner," implying that such a formula is high on the EQG's priority list.

Electric powertrains are great for off-road applications due to their high torque and rapid acceleration, so the EQG should keep loyal to the G-go-anywhere Class's mentality, which has served in different iterations with several international armed units in the past. The GLB and its EQB sibling were meant to be sold as premium, family-friendly off-roaders, similar to the Land Rover Discovery Sport, but the MFA2 architecture, which is based on the A-Class, is more clearly oriented towards on-road usage.

The EQG, being a specialized off-roader, is unlikely to employ Mercedes' low-slung EVA architecture, which will underlie all future custom EVs, instead opting for an electric setup based on the G-Class ladder-frame underpinnings. 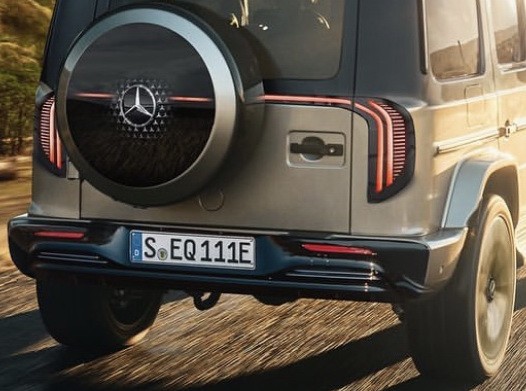 Adjustments to the chassis will allow way under the floor for a lithium-ion battery pack, with the G-longer Class's wheelbase effectively allowing for the 107.8 kWh pack found in the top-tier EQS, which should provide a successful WLTP range – though not as lengthy as the incredibly aerodynamically accurate saloon's.

Mercedes has already registered the EQG 560 and EQG 580 names, indicating that the off-road EV will be available with the same 516 bhp, 631lb-ft twin-motor configuration as the leading EQS, as well as a lower-powered entry-level setup. In the UK, the G-Class begins at just over £100,000, and the EQG is expected to follow in the footsteps of other EQ-badged vehicles by charging a modest premium over its ICE-powered counterpart.

The G-Class is a major profit generator for Mercedes, despite not being as popular as the company's main A-, B-, C-, and E-Class models.