Da Vinci Dynamics of Beijing has unveiled DC100, a strong power street bike with a NEDC endurance of 250 miles (400 km) and some crazy robotics features such as the capacity to self-balance and accompany you everywhere. The company has placed all kinds of goodies into this one. However, even some of the most fundamental specs are a little tricky.

For beginners, the brand claims Da Vinci DC100 operates a clever control system that effortlessly integrates numerous distinct motors, although it has a max of 135 hp, putting it firmly in the fast electric group. It's 137 hp, according to a different news release, and it's driven by a hub motor.

The DC100 is a hub motor-powered car that can go from 0-100 km/h in between 3-4 secs. Peak torque is rated as a ridiculous 850 Nm (627 lb-ft), although hub motor torque specs are notoriously unpredictable.
Then there's the battery, which is a 17.7 kWh unit capable of level 3 quick charging in 30 minutes.

That's a little less battery than our old favorite, the Zero SR, in its most recent model, which includes a Power Tank kit. The Zero's 18 kWh battery provides 223 miles (359 km) of stop-start, slow-speed city driving or just 112 miles (180 km) on the road. We'd say a 250 miles range is rather unrealistic unless Da Vinci has accomplished a pretty big performance leap. 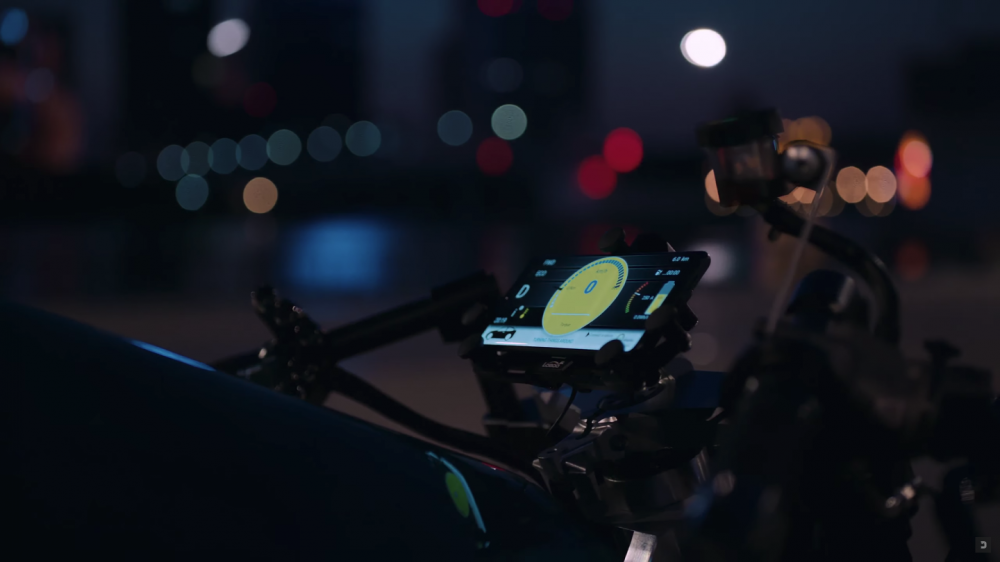 Da Vinci DC100 features a full-color dash with Brembo and Ohlins running components. The creep feature, which gets the bike going forward gently when you let off of the brake lever, works similarly to an automatic gearbox.

DC100 has a slow reverse option for getting out of tight parking spots, as well as the capacity to detect whether it's on an angle, providing hill-start help and automated mild regenerative braking on downhills to keep the battery charged and prevent you from speeding up. 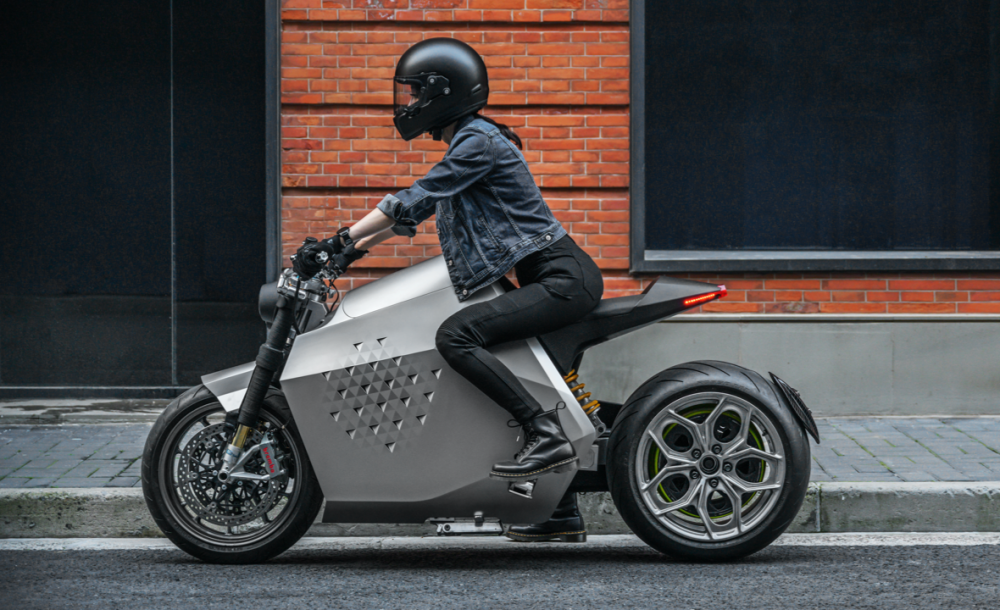 The most bizarre thing is coming soon, presumably through OTA software upgrades. DC100 will be able to balance itself via EPS and a 6-axis IMU. EPS stands for electrical power steering, which would allow the bike to wobble around without side stand down, similar to the Honda designs of the past.

The upcoming Da Vinci electric motorcycle will get a remote control system that allows you to operate the motorbike from wherever you are located. The code will be open-sourced, allowing developers to create and share new features for the system. Da Vinci has not yet stated when the bike would be available for purchase.

Now let’s turn our attention to the DC100's most heinous offense against motorcycles. When viewed from one side, it has a single-sided swingarm, which is a fantastic way to show off a lively rear-wheel floating in space.

The disadvantage is that if you try to look at DC100 when it's stopped, the horrible side of the wheel slaps you in the face, while the lively side humbly gazes down at the ground, hidden in shadow.